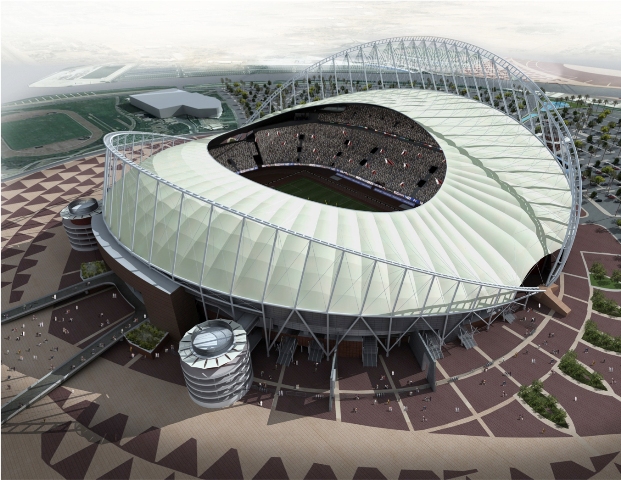 The IAAF World Championships, commonly referred to as the World Championships in Athletics, is a biannual athletics event organized by the International Association of Athletics Federations (IAAF). The World Championships started in 1976 in response to the International Olympic Committee dropping the men's 50 km walk from the Olympic athletics program for the 1976 Montreal Olympics, despite its constant presence at the games since 1932. The IAAF chose to host its own world championship event instead, a month and a half after the Olympics. It was the first World Championships that the IAAF had hosted separately from the Olympic Games (traditionally the main championship for the sport). A second limited event was held in 1980, and a major expansion in 1983 is considered the official start of the event. It was then held every four years until 1991 when it switched to a two-year cycle.

The seventeenth edition of the IAAF World Athletics Championships is scheduled to be held between 27 September and 6 October 2019 in Doha, Qatar at the renovated multi-purpose Khalifa International Stadium. For the first time sponsors of national teams will be permitted to appear on the kit that the athletes compete in.

The final selection of the host city was carried out on November 18, 2014, in Monaco.

In 2016 the French newspaper Le Monde claimed the selection of the host would have been paid with 3.5 million dollars transferred between October and November 2011 according to the US tax administration, to Papa Massata Diack, the son of Lamine Diack (former president of the IAAF). In 2019, the French prosecutors charge some protagonists for corruption: the head of beIN Sports Yousef Al-Obaidly, the former president of IAAF Lamine Diack, the head of Paris Saint Germain Nasser Al-Khelaifi.

Following bids from both Stuttgart, West Germany and Helsinki, Finland, the IAAF Council awarded the inaugural competition to Helsinki, to take place in 1983 and be held in the Helsinki Olympic Stadium (where the 1952 Summer Olympics had been held).

Over the years the competition has grown in size. In 1983 an estimated 1,300 athletes from 154 countries participated. By the 2003 competition, in Paris, it had grown to 1,907 athletes from 203 countries with coverage being transmitted to 179 different countries.

There has also been a change in composition over the years, with several new events, all for women, being added. By 2005, the only differences were men's competition in the 50 km walk and equivalent events in women's 100 m hurdles and heptathlon to men's 110 m hurdles and decathlon.

The following list shows when new events were added for the first time.

MORE ABOUT THE EVENT

The International Association of Athletics Federations (IAAF) organizes the World Championships in Athletics. It was initially planned to be held every fours year, but after the third event, it was changed to be every two years.

From 1913, the IAAF decided that the World Championships for athletics will be the Olympic Games. This went on for 50 years.

In the 1960s, certain members of the IAAF thought that being in the Olympics Games is not enough. They wanted their own games and in 1976, the members of IAAF had a meeting in Puerto Rico, agreeing that they should separate the Athletics World Championships from the Olympic Games. The inaugural competition in August 1983 was held in Finland,. The games were held in the Helsinki Olympic Stadium. There were 1,300 athletes from 154 countries.

Athletics is a sport in which a series running, jumping, throwing and walking events are contested. The word athletics has its roots in the Ancient Greek language and is the oldest organized sport. Athletics competitions are decided by either the best time, longest distance or highest jumps depending on the contested event. The sport is considered the easiest to practice thanks to its simplicity and easy access to its equipment, which doesnt cost a lot of money either.