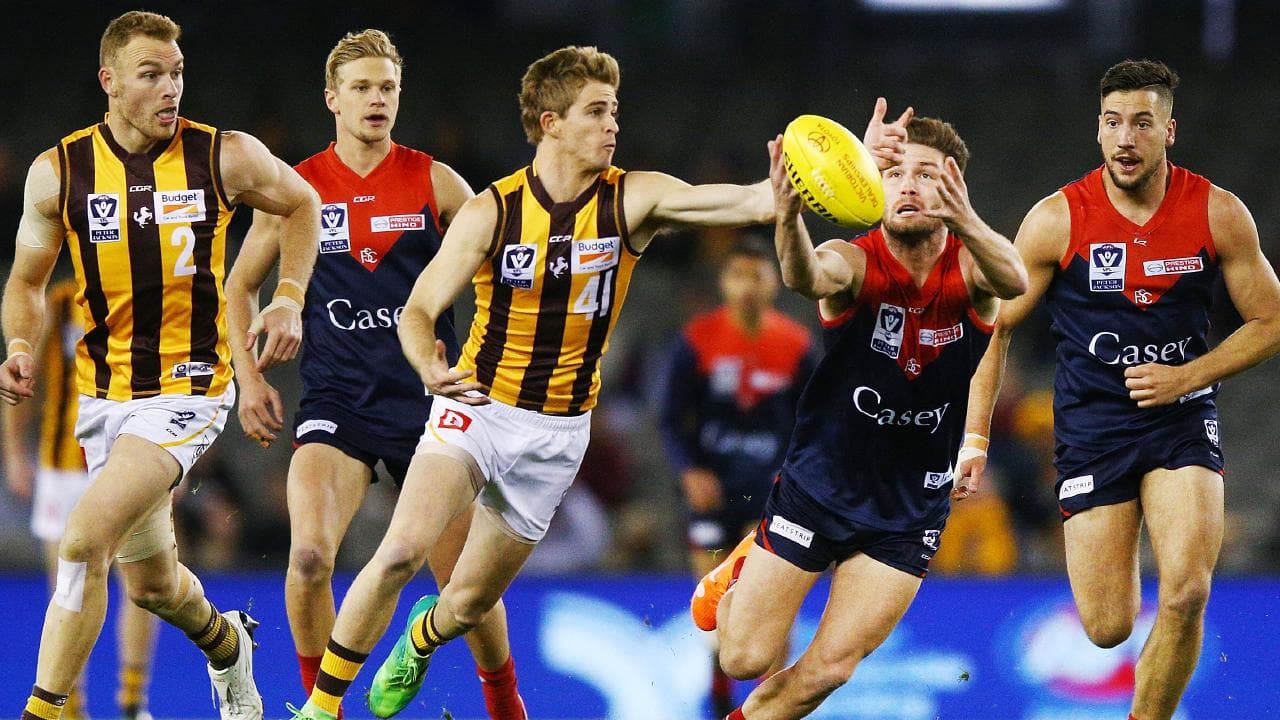 The AFL Commission approved several alterations to the rules of the game, to come into effect for the 2019 season:

The Australian Football League (AFL), known as the Victorian Football League (VFL) until 1990, is the elite national competition in men's Australian rules football. The inaugural premiership was awarded to Essendon as a result of a round-robin finals system, where the club won all three of their games in the competition. This format was replaced after the first season, and a Grand Final has been held every season since 1898 to determine the premiers, with the exception of 1924 when a modified round-robin system was used. The formation of a national competition, beginning in 1987, has resulted in the League attempting to develop "an even and stable competition" through a range of equalization policies, such as a salary cap and draft (introduced in 1985 and 1986 respectively). This has had a significant impact on the spread of premierships: since 1990, thirteen clubs have won a premiership, compared with only five clubs between 1967 and 1989.

Two clubs, Essendon and Carlton, have won the most VFL/AFL premierships with sixteen each. There are only three teams currently competing in the AFL that are yet to win a premiership: Fremantle, Gold Coast and Greater Western Sydneythree of the competition's four newest teams.

(c) Despite any other provision of this Rule 20, but subject to Rule 20(d), where a Club has both its AFL and VFL Senior Teams engaged on the same weekend, any Player may be selected to play in the VFL Senior Team so long as that player has played in at least one AFL or VFL Senior Grade Home and Away Match in that relevant season.

(d) When an AFL Club is eliminated from the AFL Final Series on the same weekend as the VFL Grand Final, the selection of players in the VFL Senior Grade team shall be unrestricted, provided the player has participated in at least one (AFL or VFL) Senior Grade match in the relevant season.

(e) Despite any other provision in Rule 20, an AFL listed player must:

(ii) have played no more than 12 AFL Home and Away Matches, to be eligible to play in VFL Finals Series Matches.

(f) Despite any other provision in Rule 20, in circumstances where:

(i) an AFL Club is participating in the AFL Finals Series, but is not required to play on a particular weekend (by virtue of winning its AFL Qualifying Final and earning a one-week break before its AFL Preliminary Final); and

(g) Despite any other provision in Rule 20, in circumstances where:

(h) Despite any other provision in Rule 20, the CEO of AFL Victoria (or nominee) may deem any Player eligible to play in any VFL Finals Series Match.