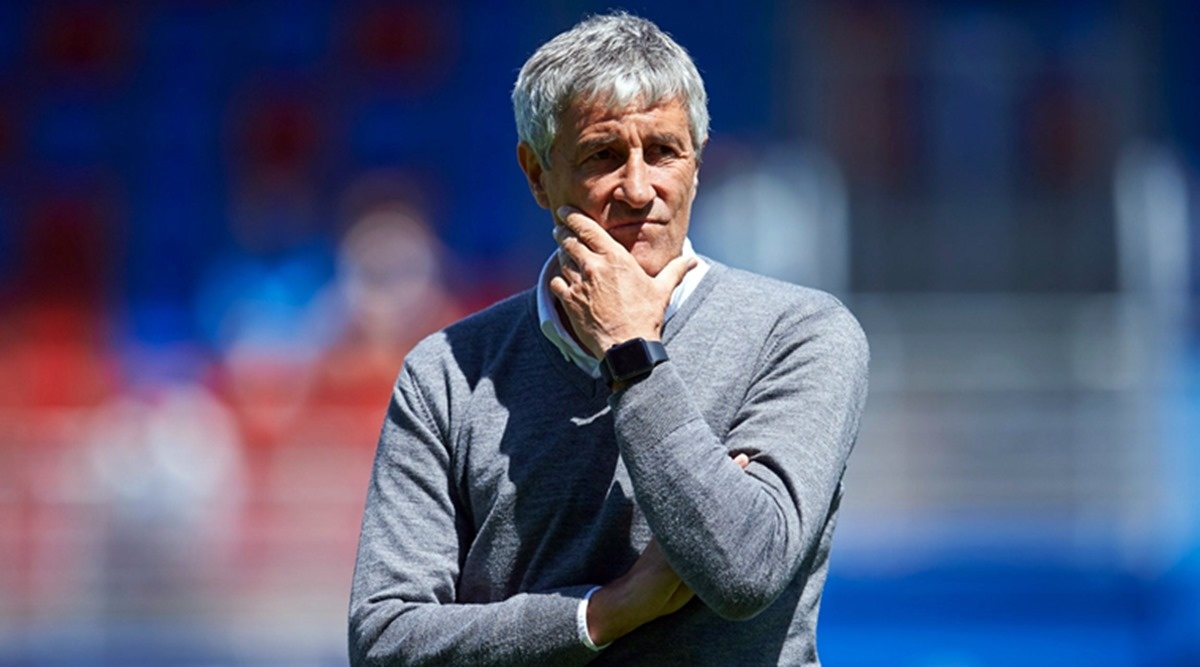 Barcelona decided to split from coach Quique Setien after ending the 2019/20 season without titles. Barcelona announced the sacking of its coach, Quique Setien, on Monday, three days after losing to Bayern Munich in the Champions League quarter-finals.Setien, 61, was named in January after the two-time league winners Ernesto Valverde were sent off despite his team leading the La Liga standings on goal difference.Under his leadership, Barcelona finished the 2019/20 La Liga season in second place, five points behind champions Real Madrid. They also lost to Athletic Bilbao in the Copa del Rey quarter-finals.Barcelona ended their season without a title on Friday after being knocked out of the UEFA Champions League, thanks to a disgraceful 8-2 loss to Bayern Munich."This is the first decision within a broader restructuring of the first team to be agreed upon between the current technical secretary and the new manager, which will be announced in the coming days," the club's statement said.According to The Guardian, current Netherlands coach Ronald Koeman will be appointed as the manager at the Camp Nou next week.The statement, released more than nine hours after President Josep Maria Bartomeu and the directors kicked off the board meeting, also said that the club's hierarchy had decided not to call for an impending election in the wake of the Bayern Munich defeat."The directive understands that an immediate call for elections is not possible, given that the league season will start at the end of the week on September 12, 2020, and the situation resulting from the COVID-19 crisis is economic and social," he added.Accordingly, the club will continue to implement the plan to reverse the sporting and economic situation, based on profound changes in the first team, in addition to resetting the budget to confront the new situation caused by COVID-19, before the end of the current term.As in the case of Real Madrid, Athletic Bilbao and Osasuna, Barcelona presidents are elected by the club's members.Bartomeu won the last elections, which were held in 2015, but was barred from running in the next round of elections because he had already served two consecutive terms, having been named president in 2014 after Sandro Roussel resigned.Victor Font is the favorite in the election, while former President Joan Laporta has announced his intention to run.Also Read: Time to move forward: Willian confirms departure from Chelsea after seven years