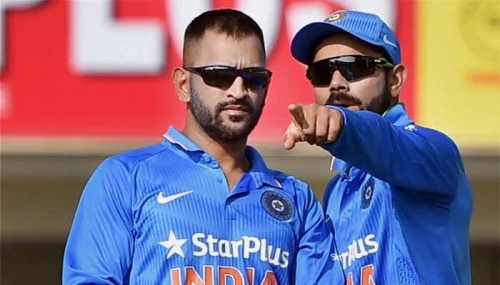 While MS Dhoni has been named the captain of Cricket Australia's ODI team of the decade, Rohit Sharma and Virat Kohli also find spots in the 11-man side.The World Cup-winning Indian star, MS Dhoni, has been appointed as the captain of the ODI team for the contract brought together by Cricket Australia. 3 Indians are part of a 11-man team, which includes some of the best players of the days in 2010.MS Dhoni, who led India to the glory of the World Cup in 2011, also handles wicketkeeping on the CA ODI team.In addition to MS Dhoni, Indian captain, Virat Kohli, and opener Rohit Sharma also find a place in the contract team. Rohit and Hashem will open in the CA's team, and Kohli, as usual, comes up at the third place.Journalist Martin Smith, who brought together this year's ODI team, told Cricket Australia that MS Dhoni was the dominant force in the "golden period" of cricket in limited-overs in India.“MS Dhoni’s contribution with the bat was reduced during the last part of the decade, but it was a dominant force in a golden period in the one-day aspect in India. Having secured his greatness by pushing his nation to the glory of the World Cup back home in 2011, he became Ultimate finisher with the bat, "Smith writes for cricket.com.au.Martin Smith also addresses Virat Kohli as "the best one-day batsman" of the decade.The ODI team of the decade compiled by Cricket AustraliaMS Dhoni (c & wk), Rohit Sharma, Hashim Amla, Virat Kohli, AB de Villiers, Shakib Al Hasan, Jos Buttler, Rashid Khan, Mitchell Starc, Trent Boult, Lasith Malinga.Meanwhile, Virat Kohli is the only Indian cricketer to have found a place on the Cricket Australia test team in the decade. Captain of India was also named as the skipper of the team."The once self-described brat has also evolved into one of the game's most respected figures, recently speaking out about mental health and ushering in a new standard of fitness within his country's cricket ranks," Adam Burnett who has compiled the Test team of the decade wrote for cricket.com.au.Interestingly, AB de Villiers has been appointed as the team's wicketkeeper of the team, and Virat Kohli's batting position is ranked No. 5 after Alastair Cook, David Warner, Kane Williamson, and Steve Smith.Cricket Australia's Test team of the decade: Virat Kohli (c), Alastair Cook, David Warner, Kane Williamson, Steve Smith, Ab de Villiers (wk), Ben Stokes, Dale Steyn, Stuart Broad, Nathan Lyon, James Anderson.HIGHLIGHTSVirat Kohli only Indian in CA's Test team of the decadeMS Dhoni named captain of CA's ODI team of the decadeRohit Sharma and Virat Kohli also part of CA's ODI team of the decadeRead More: IPL 2020 Auction: The five most expensive players MUMBAI: Cricket Australia (CA) chairman Earl Eddings wrote a letter to the International Cricket Council's Financial and Trade Affairs Committee (F&CA) requesting that Australia be allowed to host the 2021 World Cup T20, instead of 2020.By doing this, Eddings and CA have reiterated that they will not be in a position to organize the 2020 version of the tournament, scheduled for October 18 to November 15. Indeed, the Eddings letter specifically requests that Australia be allowed to host the 2021 version instead of 2022, given multiple commercials at stake.The email, which was sent by Eddings (TOI owns this message), was flagged only for members of the Financial & Commercial Affairs Commission (F&CA). The CA chair is also a member of the panel, while BCCI is not part of this committee. F&CA is chaired by the president of Pakistan Cricket Council, Ehsan Mani, who was promoted to the presidency after former BCCI president Shashank Manohar took over the board. TOI understands that CA sent this message more than a week ago.Boards say they are fascinated by the ICC statement given that the CA has made its position very clear: it does not expect the 2020 event to be organized.“Why does the ICC not acknowledge that they have a letter from the CA chief? These are things that give the administration a bad name. As they said (CPI),” the current president (Manohar) confirmed is not looking for an extension. About your state. "Is this the whole truth?" Say the sources that follow developments.Eddings' shared concern in the message is his stated view that "it would be harmful to cricket if the cancellation of the" Australian event "(this year's T20 World Cup) is replaced by the award of the T20 World Cup in October 2022".Eddings message says: “Fortunately, Australia has succeeded in“ Curve (Covid) ”, which means there is more certainty of being able to play in Australia in 2021 (which is essential to maintaining membership distribution). It will give India a year Another is to solve any of the issues related to Covid, "stressing that India should host the 2022 event.Cricket Australia says it has invested heavily in the last women's T20 to "make it a success" and has spent a lot of money marketing the event. Given the current financial burden, CA adds that there will be no guarantee for continued government support in 2022 that has agreed to pay $ 4.5 million to tourism partner rights.Will India agree to host the 2022 event?As long as BCCI hosts the IPL every year and its bilateral obligations are respected in the country, India will lose little. "The proceeds of the ICC event are not actually compared to the stakes that the T20 League Chamber of Commerce and all other international cockroaches have at home. So if India really wants to provide service to Australia, why not?" Say developments follow. Ultimately, it is bound to be a political rather than a commercial decision, given that financial stakeholders have little or no profit in the negotiations.What's in store on Thursday?With the ICC stressing that chairman Shashank Manohar will not seek to extend his term and documents drafted for nominations after understanding between members, the only other agenda item other than discussing the T20 World Cup is deciding the election date. Sources say, "Technically, the deadline for nominations will be about two weeks after ratification, which is Thursday. Therefore, elections can be held in late June or early July." From now until the next elections, he expected the T20 World Cup to continue and be a "political debate".Article Source: timesofindiaRead More: How to reschedule T20 World Cup? ICC committee debates in BCCI's absence 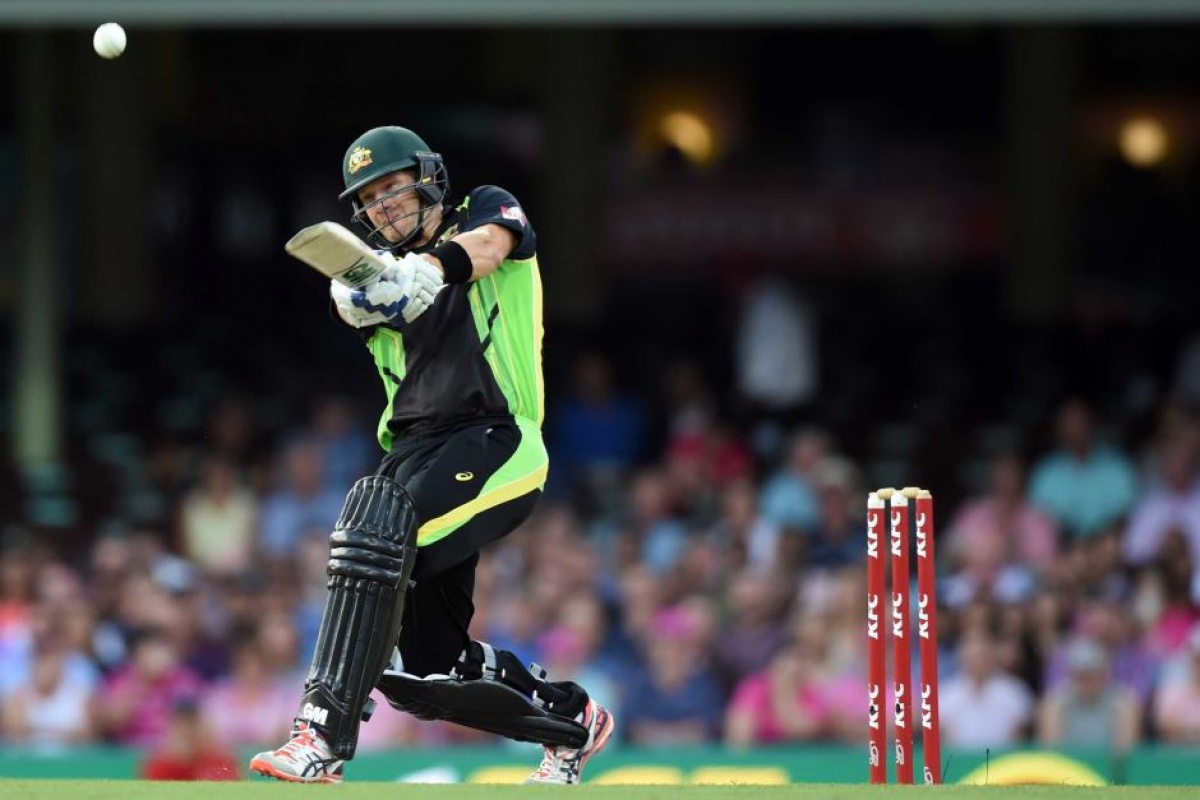 Shane Watson, Australian Player, and Chennai Super King's Player announced that he will retire from all forms of cricket, thus ending his nearly two-decade career. The 2020 IPL match against Kolkata Knight Riders on October 29 became his last professional match at the adult level.He finished his last season in IPL playing CSK with 299 points.Watson announced his retirement from international cricket in 2016 and from BBL last year.“It all started as a dream when I was a kid, and I would say to my mom while watching a test match when I was five years old:“ I want to play cricket for Australia. "When I officially announce my retirement from cricket," Watson said in a video clip on Tuesday, "I feel crazy lucky to have lived my dream, and more."“It really seems like the right time. Knowing that I played my last cricket match, for my beloved CSK, which has been incredibly good for me for the past three years. I think I am ending my playing days when I was 39 after all the setbacks caused by The injuries I've been through along the way, I feel very lucky. "Watson won two IPL titles: with Rajasthan Royals in 2008 and CSK in 2018.In 145 IPL games, he scored 2,029 points and also took 92 wickets. It was also distinguished by four centuries and twenty-one centuries. He is the only cricketer in IPL history to date to score more than 2000 points and take more than 50 wickets as well.The 39-year-old has played in several T20 tournaments around the world and is retiring with 8,821 rounds and 216 wickets from 343 games.