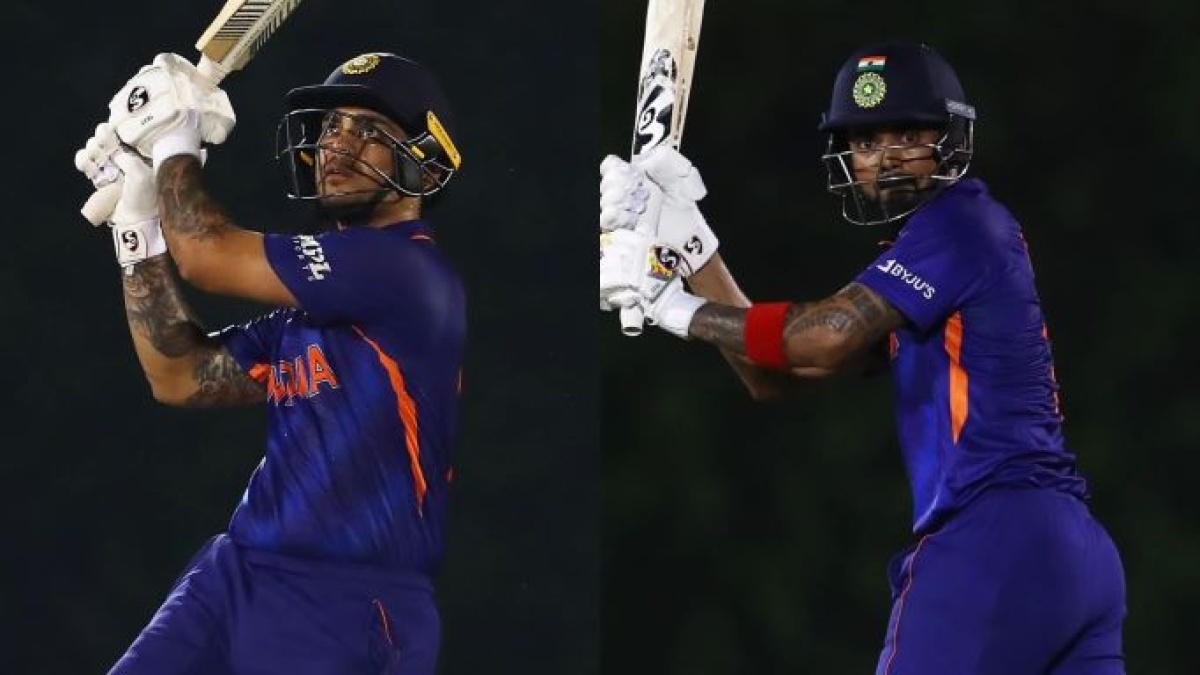 India produced an energetic performance with the bat on Monday to beat England by 7-wickets in their first T20 World Cup warm-up match in Dubai. Chasing 189 for victory, the 2007 champions rode on destructive half-centuries from Ishan Kishan and KL Rahul to cross the finish line with 6 balls to spare. Kishan and Rahul opened the batting and added 82 for the first wicket to lay a solid foundation for the run chase before the latter got out against the run of play for 51 to Mark Wood. Virat Kohli, who dropped to No. 3 to accommodate Rahul at the top, suffered a rare failure with the bat, scoring just 11 off 13 balls. Kishan carried on attacking the England bowlers and top-scored with 70 not out of 46 balls with 7 fours and 3 sixes before being replaced by Suryakumar Yadav, but this move did not work because he couldn't fire as according to expectations and got out for 8 with India needing 21 off 15 balls. Fortunately, the duo of Rishabh Pant and Hardik Pandya did what was needed and knocked off the required runs without much trouble. Pant finished the match with six and finished with 29 not out while Pandya scored 12 not out.Impressive batting performance Fine bowling display #TeamIndia beat England & win their first warm-up game. #INDvENG #T20WorldCup : Getty Images pic.twitter.com/jIBgYFqOjz— BCCI (@BCCI) October 18, 2021Earlier, Mohammed Shami snapped three wickets but Jonny Bairstow smashed a 36-ball 49 to help England post a challenging 188 for 5 after being asked to bat first by Virat Kohli. Besides Shami (3/40), fellow pacer Jasprit Bumrah (1/26) and spinner Rahul Chahar (1/43) were also among wickets at the ICC Academy Ground in Dubai. Bairstow hit one six and had four hits to the fence in his knock, while Liam Livingstone (30) also contributed with the bat. But it was Moeen Ali's whirlwind 20-ball 43 which powered England to a good score in the end. India will next face Australia in their second warm-up match at the same venue on Wednesday (October 20) while England will lock horns with New Zealand in Abu Dhabi. India will face Australia in their second warm-up match at the same venue on Wednesday (October 20) while England will face New Zealand in Abu Dhabi.Also Read- Yuvraj Singh Arrested, Released on Bail Over Casteist Remark on Yuzvendra Chahal