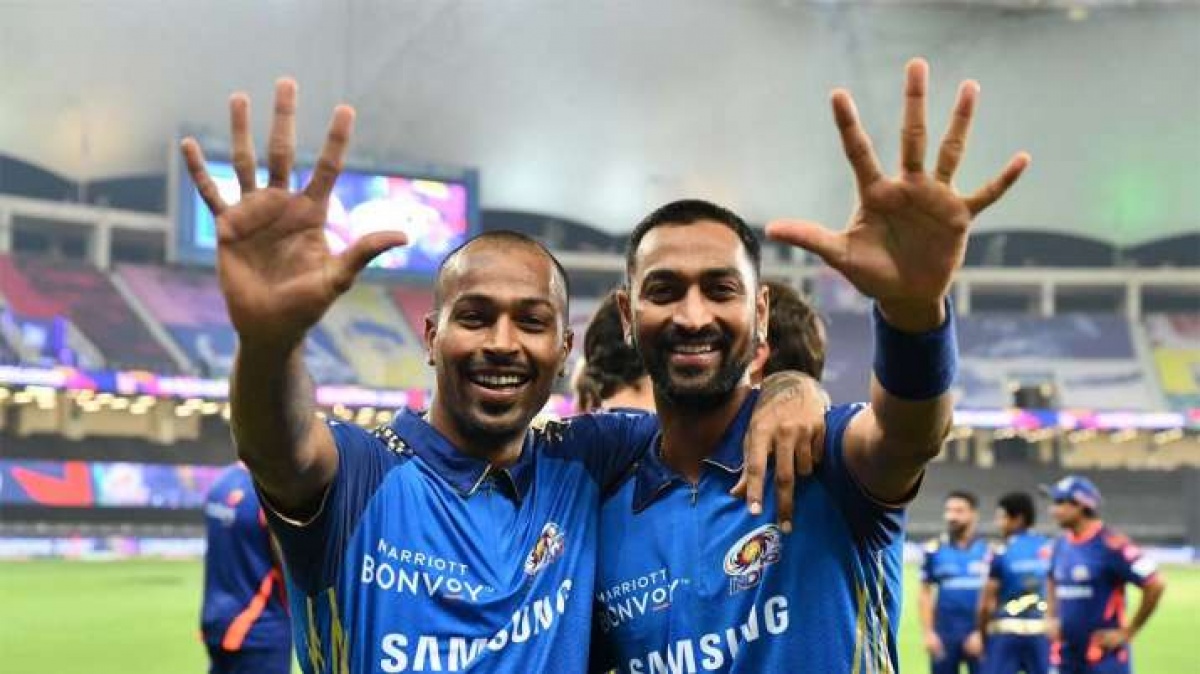 Krunal and Hardik Pandya of Mumbai Indians joined the team camp in Abu Dhabi ahead of the second phase Indian Premier League (IPL). Mumbai Indians will begin the second phase of 2021 IPL campaign against the Chennai Super Kings in Dubai on September 19. The five-time champion is currently fourth in the table with eight points, including four wins and three losses in seven matches. Sharing a picture of Pandya brothers on social media, the Mumbai Indian wrote, "Humare Pandya brothers aa gaye (Our Pandya brothers have arrived)." Mumbai Indians also shared a video of the brothers arriving at the team's hotel to join the franchise and were seen sending flying kisses in front of the camera. The franchise also posted a reaction video of the two brothers partnering with the Mumbai Indians in the UAE. "Yes, we have good memories from last time. We were the champions. So, I guess that's that. The second phase will now begin and let's make it three in a row," said Krunal. "Very nice. We are feeling great. We know that it will be the same routine which we had last time. We look forward to a great season and hope to win. Not hope. We will get the third, and the World Cup," said Hardik. Hardik Pandya had a poor performance in the first half of the 2021 IPL in India. He has only had 52 runs in seven games, averaging just 8.66 with a strike of 118.18 and has not thrown a single ball. Krunal Pandya scored 100 runs in seven games, averaging 16.66 with a strike rate of 131.57. He picked three wickets with a economy rate of 7.52.Alao Read- India vs England: Wounds of 2014 hurt Virat Kohli again