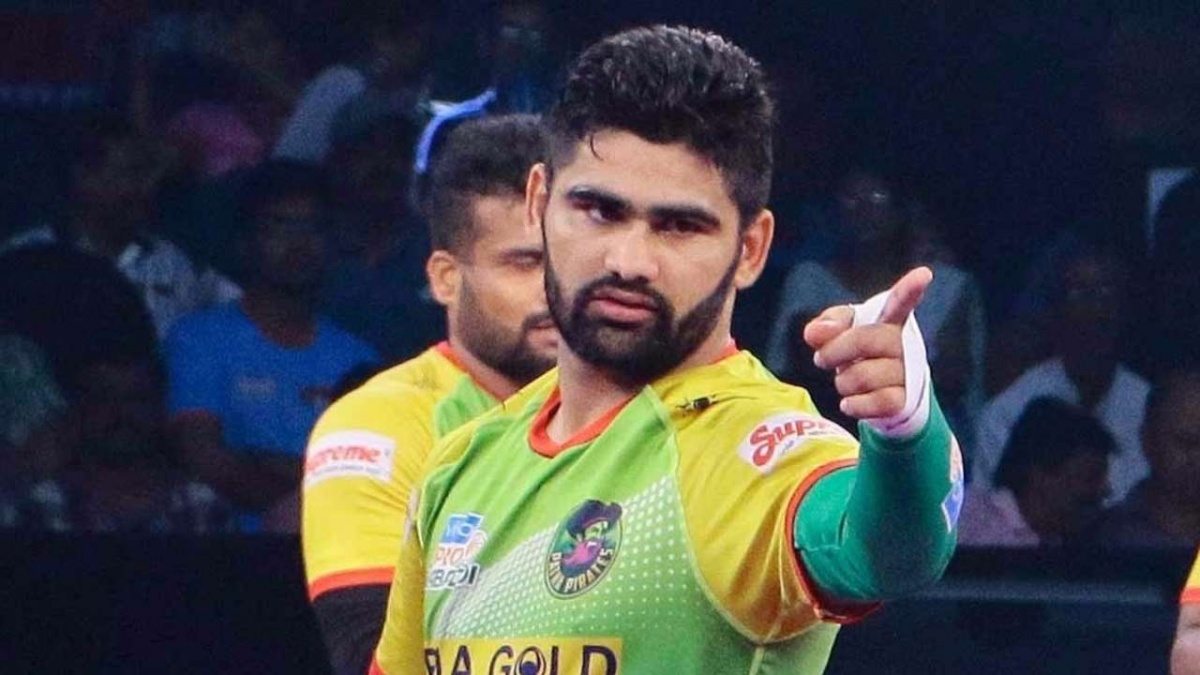 Talismanic raider Pardeep Narwal smashed an all-time record by becoming the highest-ever bought kabaddi player in the history of the Pro Kabaddi League (PKL), after being bought by the UP Yoddha for Rs 1.65 crore. UP Yoddha bought Narwal on Monday, the second day of the PKL auction for the upcoming season, which will take place in December. Pardeep continues to rewrite the history books, as his price tag is now crushing that of another star raider Monu Goyal, who was bought by the Haryana Steelers for 1.51 crore in season six, stated a media release issued by the PKL late Monday night. Meanwhile, Siddharth Desai was retained by Telugu Titans via Final Bid Match (FBM) card for Rs 1.30 crore of his base price of Rs 30 lakh. More than 22 overseas players were sold out on the second day. All-rounder Muhammedreza Shadloui Chiyaneh base price 10 lakh was sold to Patna Pirates for 31 lakhs, while defender Abuzar Muhajir Megani was bought by the Warriors of Bengal bidding for him 30.5 lakh rupees from the base price of 20 lakhs. The Patna Pirates used their FBM card to retain South Korean raider Jang Kun Lee at Rs 20.5 lakh. After spending six seasons with the Telugu Titans and one season with the Tamil Thalivas, Rahul Chaudhary will now play for the Puneri Paltans. The Jaipur Pink Panthers used FBM cards to support Captain Deepak Niwas Hooda and Sandeep Kumar Dhull. Tamil Thalaivas bid for raider Manjeet his base price of Rs 30 lakh and bought it for Rs 92 lakh. Meanwhile, All-rounder Rohit Julia has drawn attention after being sold to Haryana Steelers for Rs 83 lakh, a huge jump from his price tag of Rs 25 lakh with the Gujarat Giants in season 7.Kabaddi is such an elementary game in terms of infrastructure required, that I have no doubt that once we get our act together, the explosion of kabaddi internationally is just waiting to happen, Charu Sharma, co-founder of Mashal Sports, was quoted as saying in the release.Pardeep Narwal to #UPYoddha (1.65 Cr)Siddharth Desai to #TeluguTitans (1.30 Cr)Manjeet to #TamilThalaivas (92L)Sachin to #PatnaPirates (84L)Rohit Gulia to #HaryanaSteelers (83L)What do you make of the top buys at the #vivoPKLPlayerAuction?#NayaPangaNayaJosh pic.twitter.com/SRlxyo17zu— Star Sports (@StarSportsIndia) August 30, 2021Also Read- US Open 2021: Naomi Osaka kicks off title defence with straight sets win over Marie Bouzkova