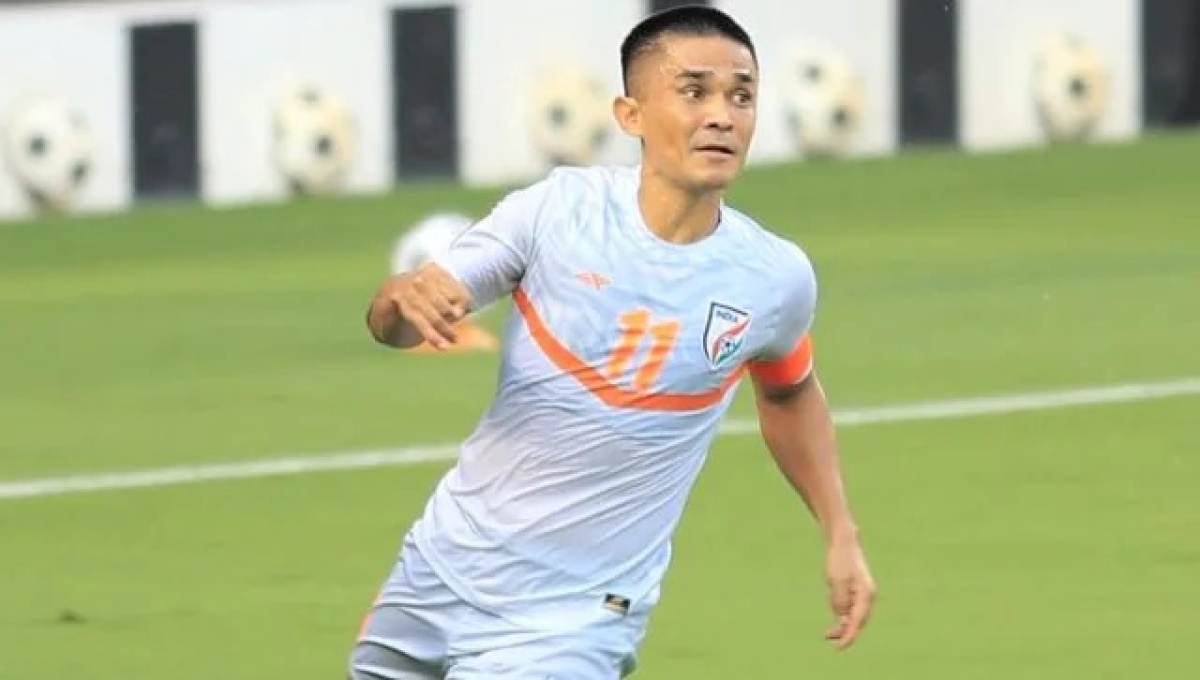 India on Wednesday confirmed their place in the final match against Nepal after 3-1 victory over Maldives at the National Football Stadium in Male, Maldives. Manvir Singh’s opener was cancelled by Ali Ashfaq in the first half before Sunil Chhetri scored a brace in the second half to confirm the spot for the Blue Tigers. Sunil Chhetri broke legendary football player Pele's record during the match against the Maldives in the ongoing 2021 SAFF Championship Pele had scored 77 goals for Brazil and Chhetri went past the Brazilian superstar when he scored a goal in the 62nd minute in the match against the Maldives. Chhetri further bettered his tally as he scored another one to have 79 international goals under his belt. The Indian captain is now the third-highest active international goalscorer. Lionel Messi (80) and Cristiano Ronaldo (115) are the two footballers who are ahead of Chhetri in the list of active international goalscorers. The Indian captain has also become the joint sixth-highest goalscorer in the world.123 Internationals 79 Goals @chetrisunil11 becomes the joint 6th highest goalscorer in the world! #INDMDV #SAFFChampionship2021 #BackTheBlue #IndianFootball pic.twitter.com/Tg4UCTPAAE— Indian Football Team (@IndianFootball) October 13, 2021Although his team is going through a long lean phase, Chhetri's scoring prowess remains as good as ever, which is a testament to his consistency and dedication.A Wonderful Gesture Skipper @chetrisunil11 handed over his Man of the Match award to @apuiaralte45 for his brilliant performance today! #INDMDV #SAFFChampionship2021 #BackTheBlue #IndianFootball pic.twitter.com/povTme0mZI— Indian Football Team (@IndianFootball) October 13, 2021Throughout his glorious journey, the deadly poacher from Delhi has played alongside former stars such as Bhaichung Bhutia and Renedy Singh in the national team, besides well-known international players in the ISL and I-League. Notwithstanding the occasional chatter around his age and his longevity, the Indian captain had said that he wanted to keep playing in top-flight and has not given his future any thought. India is undefeated in this edition, having drawn with Bangladesh and Sri Lanka and then beating Nepal. The side will now look for its eight SAFF Championship title when it takes on first-time finalist Nepal in the final.Also Read- BCCI unveils Team India's new jersey ahead of T20 World Cup 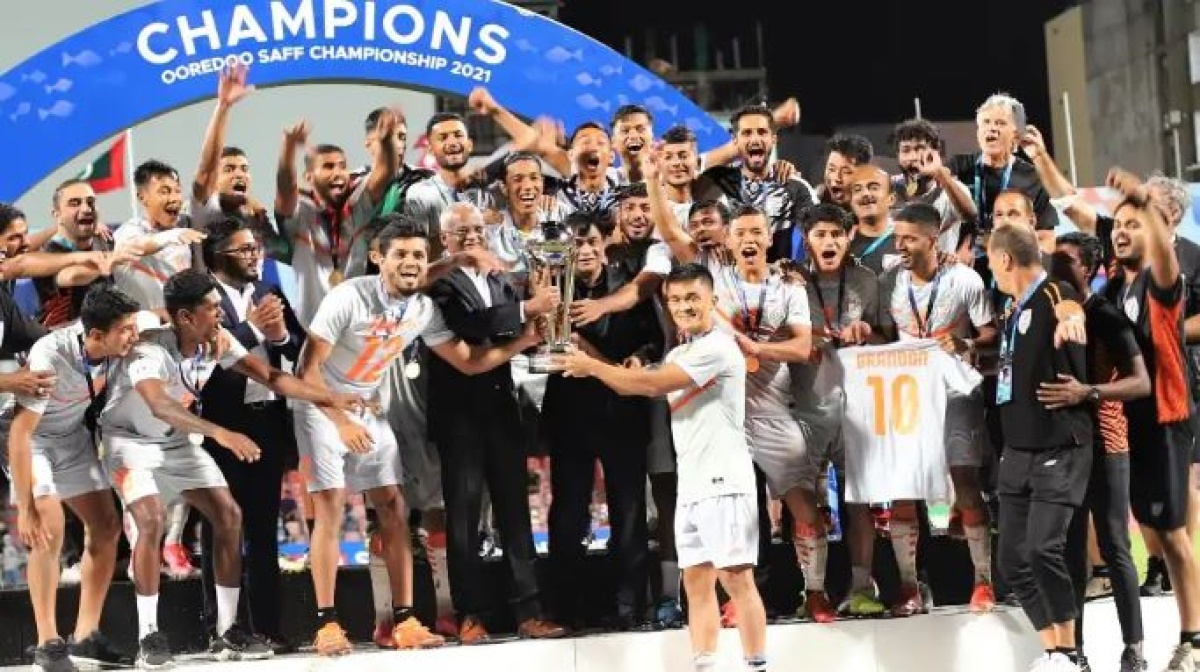 October 2021 was a busy month in international football, with qualifiers for the FIFA World Cup Qatar 2022, friendlies, and the final rounds of the UEFA Nations League all on the agenda. A total of 160 fixtures were played, the impact of which can be seen on the FIFA Rankings. Though their lead is now under threat, Belgium remains on top despite UEFA Nations League defeats to France (3rd, 1) and Italy (4th, 1). Among the top five, only Les Bleus and Gli Azzurri have improved their positions. India has also moved one spot ahead to the 106th position after the Sunil Chhetri-led side won the SAFF Championship. The Blue Tigers had defeated Nepal in the summit clash. Brazil remains in second place but are breathing down the neck of Belgium, just 12 points behind. England, meanwhile, dropped two places to fifth."A little further down, Spain's (7th, 1) progress at the expense of Portugal (8th, -1) is also noteworthy, as is that of Germany (12th, 2), who leapfrog USA (13th). Uruguay lost most ground among the top 20 by dropping three places to 15th," read an official FIFA statement. It is after that, however, where we find some of the most significant movers on this edition. Morocco (29th, 4), Russia (33rd, 4), Egypt (44th, 4), Saudi Arabia (49th, 7) and South Africa (66th, 7) all made strides on the back of two wins from two this month in Qatar 2022 qualifying. Two nations in the second half of the table fared even better, with New Zealand (111, 10) and Indonesia (165, 10) the joint-biggest movers this month, ahead of Central African Republic (115, 9) and Cambodia (170, 8).Also Read- IPL 2022: Ranveer Singh And Deepika Padukone To Bid For Two New IPL Teams- Reports