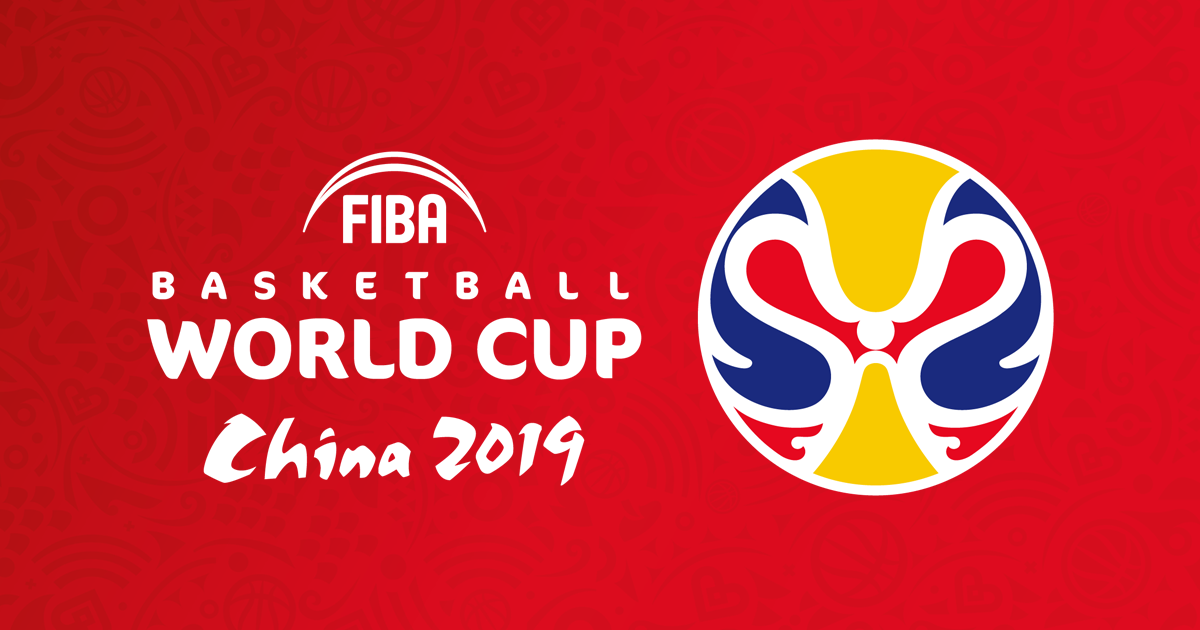 The FIBA Basketball World Cup 2019 Qualifiers will tip-off on November 2017 and see 80 countries do battle over a 2-year period to qualify 31 national teams for the top national team competition taking place from August 31-September 15 2019. Hosts China will be joined by 5 teams from Africa, 7 teams from the Americas, 7 teams from Asia and 12 teams Europe.

The tournament structure is similar, but not identical, to that of the FIFA World Cup; both of these international competitions were played in the same year from 1970 through 2014. A parallel event for women's teams, now known as the FIBA Women's Basketball World Cup, is also held quadrennials. From 1986 through 2014, the men's and women's championships were held in the same year, though in different countries. The current format of the tournament involves 32 teams competing for the title at venues within the host nation. The winning team receives the Naismith Trophy, first awarded in 1967. The current champions are the United States, who defeated Serbia in the final of the 2014 tournament.

The Basketball World Cup has used various forms of qualification throughout its history. The first five tournaments were held in South America and participation was dominated by teams from the Americas. At the first tournament, FIBA intended for the three Olympic medallists to compete, plus the host Argentina and two teams each from Europe, Asia, and South America. However, no Asian team was willing to travel to the event, so six of the ten teams were from the Americas (all three Olympic medallists were from the Americas, plus the zone received two continental berths and an Asia's berth). The former European powerhouse Soviet Union, later made their first tournament appearance in 1959, after missing the first two events.

In the tournament's early years, only Europe and South America had established continental tournaments, so participation in the tournament was largely by invitation. Later, Asia added a continental championship in 1960, followed by Africa in 1962, Central America in 1965, and Oceania in 1971, As a result of these changes, qualification became more formalized starting with the 1967 tournament. In that year, the Asian champion received an automatic berth in the tournament, joining the top European and South American teams. In 1970, the African and Oceanian champion each received a berth, while the Centrobasket champion and runner-up were each invited. For most of these years, the tournament host, defending World Champion, and top Olympic basketball tournament finishers also qualified for the event.

From 1970 through the 2014 World Cup, qualification continued to be based on the continental competitions and the Olympic tournament. The only major change came in the 1990 FIBA World Championship when the tournament started taking qualifiers from the newly redesigned FIBA Americas Championship rather than from North, Central, and South America individually. After the tournament expanded to 24 teams in 2006, the tournament allocated qualification as follows:

Defending Olympic Champion 1 berth, removed from the zone of the Olympic champion

The year immediately preceding the World Championship was used to determine the berths at the tournament. For example, all of the berths in the 2010 FIBA World Championship were determined by continental championships held in 2009. After the first 20 teams qualified, FIBA then selected four wild card teams, based on sporting, economic, and governance criteria, as well as a required registration fee for each team to be considered by the FIBA board.[13] Of the four wild cards, only three could come from one continental zone. In each of the two tournaments that the wild card system was in place, FIBA selected the maximum three European teams to compete in the event.

The official logo of the 2019 FIBA Basketball World Cup was officially unveiled on 21 March 2017 in a ceremony held in Shanghai. The logo's concept was inspired from the Beijing Opera, where the actors symbolize concepts such as wisdom, persistence, power and perfection, which are prerequisite characteristics that the participating players of a national team will need to exhibit "in order to succeed". The logo design was also inspired from the Chinese Dragon Dance, a cultural tradition depicting a story of two flying dragons battling over a shining pearl which is meant to parallel the competition of national teams for the Naismith Trophy. The logo was created Shanghai-based agency Flagship.

In front China will become the exclusive marketing partner for the domestic commercial rights of FIBA Basketball World Cup China 2019, according to a strategic cooperation agreement officially announced between In front China, a Wanda Sports company, the International Basketball Federation (FIBA) and the Organizing Committee for the competition. The FIBA Basketball World Cup 2019 will be staged across eight Chinese cities including Beijing, Guangzhou, Nanjing, Shanghai, Wuhan, Shenzhen, Foshan and Dongguan, from 31 August to 15 September 2019.

An international mascot design competition was organized with the winning mascot chosen by fans. Yan Xu's design, a Chinese Dragon-inspired to name Son of Dreams, was announced to be the winning mascot on 18 April 2018. Son of Dreams was born in China on 8 August 2015 one day after China was announced as the host according to the mascot's fictional biography. The magical horns of the mascot are described as having the ability to give the dragon "the power to see in the future, envisioning plays and moves before they actually happen". He wears a red and blue uniform with the tournament's logo and high tops by China's top player Yao Ming. The mascot was chosen over other finalists Speed Tiger who was inspired by a Siberian tiger and QiuQiu (a.k.a. Little Lightning) who was inspired by a Chinese lion. The official mascot made his first public appearance on 28 June 2018 in Shenzhen.

The new system offers a clear structure and hierarchy of the competition at a global level, is more player-friendly and easier for fans to understand. The regular games of national teams year-round will also bring increased media coverage and promotion, creating synergies with club competitions and enhancing the commercial potential of basketball.

The new system tackles issues identified during an extensive consultation period. These included:

Insufficient visibility of national teams in their home countries; unlike in other team sports, there were no regular home games for all national teams;

National team competitions were taking place only in August or September, which reduced their visibility;

A simpler qualification system was needed across FIBAs Regions;

There was no lead-up to the national team competitions due to long periods of time between games;

Due to too much wear and tear on international players competing every summer following the club season, the participation of the best players in national team tournaments was becoming uncertain;

The previous calendar offered no development potential for most National Federations, as the same countries won all the major competitions;

There is a need to develop further homegrown players and this is made possible with teams being able to change their pools for every window of the Qualifiers.

Other sports are improving and adjusting their own models.

Benefits Of The New Competition System And Calendar

An improved lead-up to flagship national team tournaments, with a clear road to the main FIBA competitions;

Improved basketball exposure, with more than 150 countries competing in more than 1,250 regular and competitive games;

More opportunities in the sport for emerging countries and players to make their mark through regular official games;

A player-friendly system, which sees a 20 to 25 per cent decrease (depending on the region) in players workload with their national team while also including one free summer in every four-year cycle, in order to maximize the opportunity for international stars to play in FIBA competitions; and

Assist in the continued growth and development of FIBAs National Member Federations.

The key to having a successful calendar system is to ensure there are regular international games throughout the year - and so make it an attractive product. Currently, basketball is the only Olympic team sport where national teams play only in the summer. This has proven not to be a sustainable situation for basketball. In comparison, football has at least four fixed windows during the clubs season each year - double that of basketball as of 2017. In general, other team sports (football, volleyball and handball) have more and/or longer windows during the club season and benefit from this continuous exposure. Each window will consist of nine days, virtually two weekends, during a nine-month-long season between October and June.