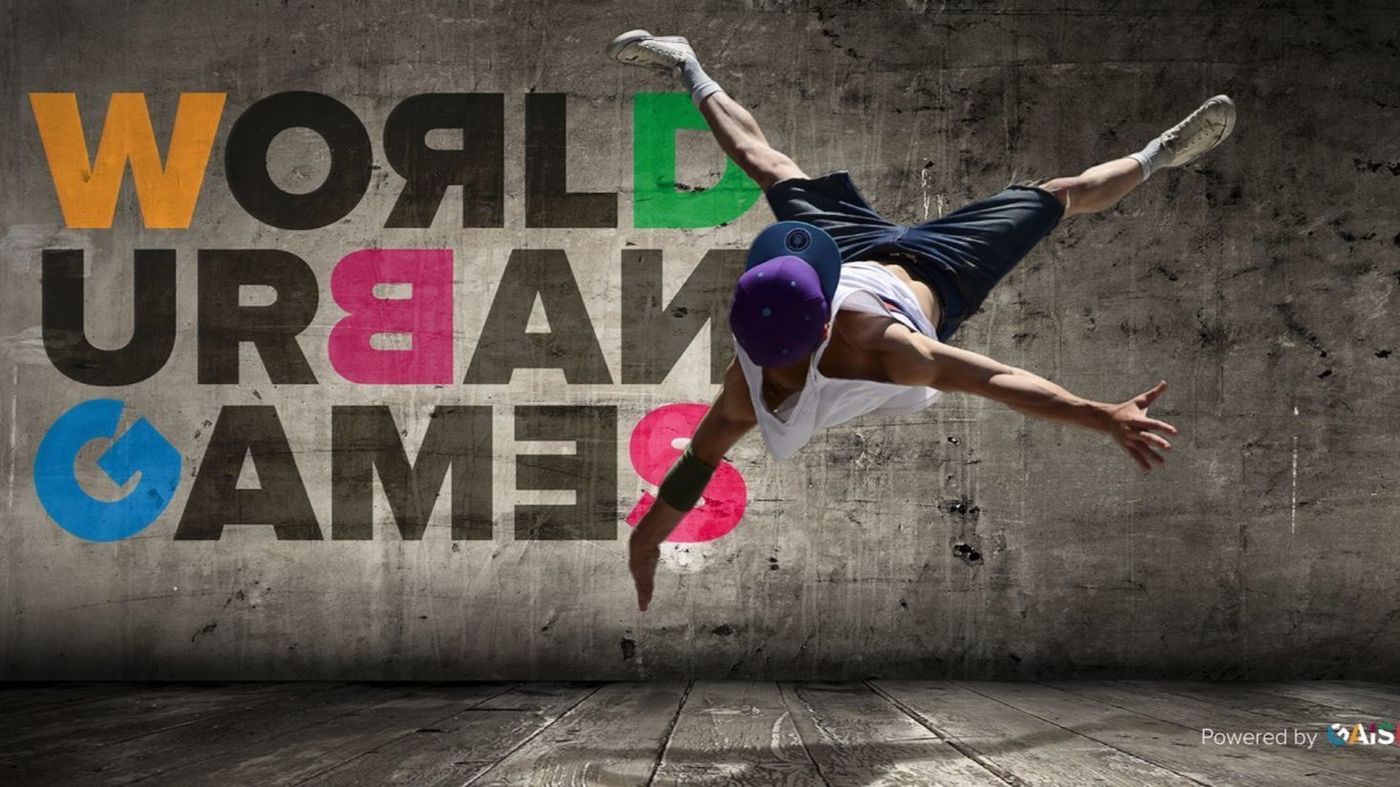 Breaking, together with 3x3 basketball, BMX freestyle park, freestyle flying disc, parkour, and freestyle roller skate, has been chosen as a competition sport at the inaugural World Urban Games 2019 Budapest. Indoor rowing and laser run will feature as showcase sports.

WDSF President, Mr. Shawn Tay, said: Breaking is a spectacular, energetic, fresh and entertaining sport that not only has the power to inspire youth, but also offers a great spectator experience for all. We are sure that Breaking will find its space and fit well into the spirit of the World Urban Games. Breaking represents a true urban sport; it is part of a new trend, and has the possibility to engage the community through social, cultural and educational activities.

The varied sports program is a reflection of GAISFs vision for the Games, providing a global stage for its International Federations to highlight their emerging sports disciplines. The pioneering event presents a great opportunity for IFs to reach a new generation of fans in urban communities. In addition to the competition and showcase sports, demonstrations of music, dance and urban culture will also feature as part of the event.

These games were first planned to take place in 2016 following the Olympic and Paralympic Games in Rio, but due to various reasons, it did not happen. In November 2018, it was announced that Los Angeles had been selected to host the inaugural World Urban Games in 2019 (beating the other contender Budapest), but in early 2019 it was announced that Budapest, Hungary would host the event. As long as the first event goes well, it will also be the host city for the second edition in 2021.

The World Urban Games, powered by GAISF, promise to be the ultimate global showcase for a new generation of urban sport. Held every two years, the multi-sport Games will feature a wide array of events, including sports competitions, showcases, and demonstrations that fully embrace music, dance and urban culture. Among the sporting disciplines forming part of the World Urban Games Budapest 2019, 33 basketball, BMX freestyle and breaking* will all be included in the Tokyo 2020 and/or Paris 2024 Olympic programs.

GAISF was approached by almost 50 cities interested in hosting the Games, including Barcelona, Budapest, Los Angeles, and Tokyo. A thorough bidding process ended with Los Angeles and Budapest as the two outstanding finalists.

In November 2018, the GAISF Council began discussions with Los Angeles for a 2019 edition. After much deliberation, however, the Council decided that Budapests proposed sports program was more in line with GAISFs vision for the future of the Games.

In addition to hosting the first edition of the World Urban Games this year, Budapest has also been offered the hosting of the 2021 Games. Budapests willingness to step in and host the 2019 World Urban Games underscores both the citys enthusiasm and its readiness and capability to host multi-sport events.

Budapest has become one of the major sporting capitals of Europe and has proved multiple times that it is capable of hosting great events.

The city is steeped in history and culture and is also one of the best European places for young people to live and work. The Hungarian capital is an innovative city that is always ready for pioneering opportunities.

I am delighted to announce that the World Urban Games will take place in the dynamic city of Budapest. One of the most iconic cities in Europe, Budapest will provide a perfect location for this exciting event, bringing the sport to the heart of the city. We are grateful to our friends in Budapest for their enthusiasm and commitment to the World Urban Games.

I would also like to thank Balzs Frjes, who has already proved his outstanding leadership capabilities during the Budapest 2024 bid and the successful staging of the FINA 2017 World Championships. Without his dedication, his belief in youth engagement and his creative approach, we would not have reached an agreement so quickly. I am looking forward to seeing the development of the Games in the coming months.

Budapest has proved many times that it is a great host city for major international sporting events. Its a perfect city to launch a pioneering initiative that will positively impact the future of sport

The World Urban Games Budapest 2019 will be an excellent platform for showcasing 33 Basketball and BMX freestyle, both of which will be on the Olympic program for Tokyo 2020. It is a great opportunity to test innovations that will bring the sport closer to youth.

Read More: EVERYTHING YOU NEED FOR THE 2019 PAN AMERICAN GAMES: LIVE STREAMS, PREVIEW, TICKETS, AND SCHEDULE