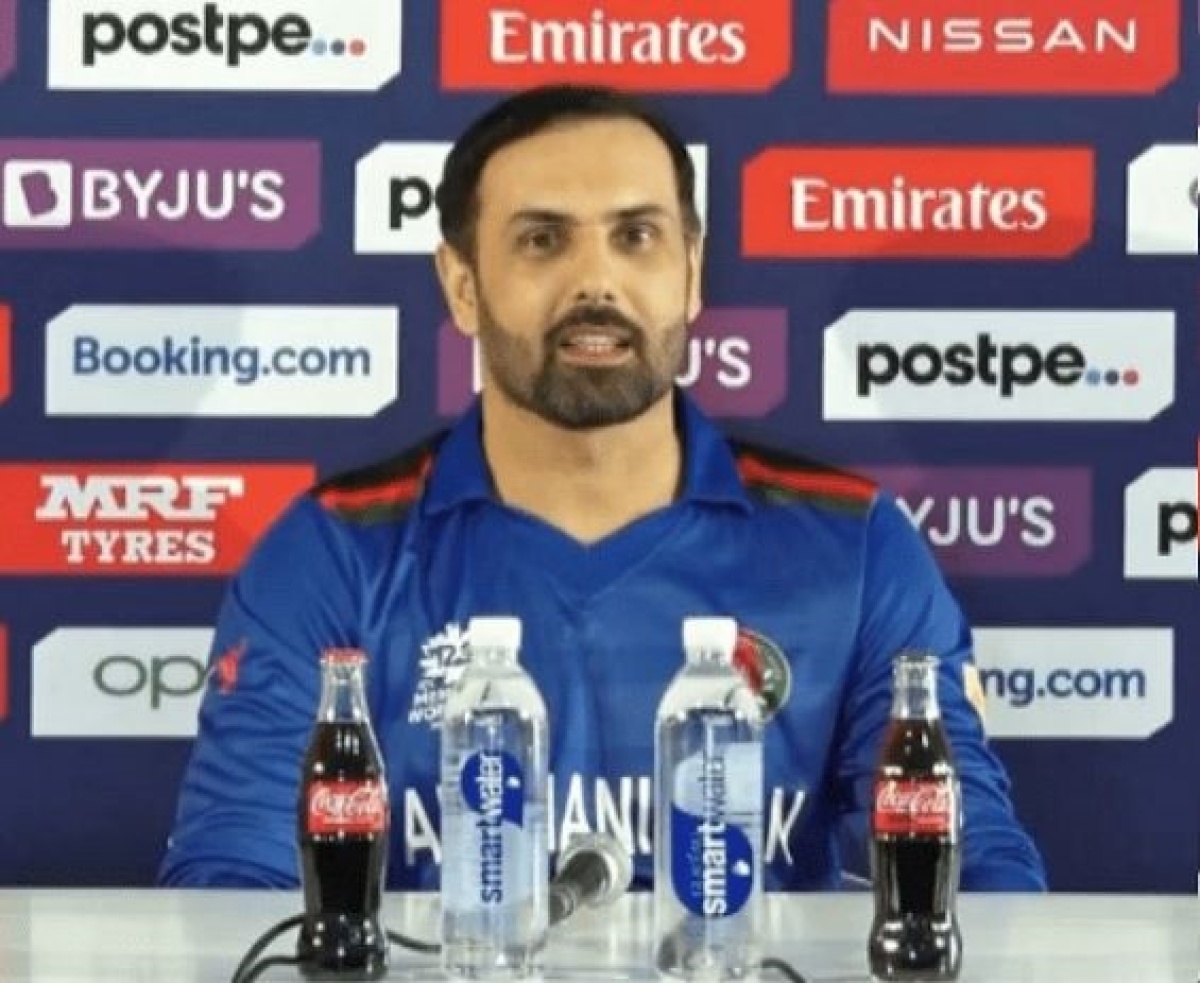 After Afghanistan beat Scotland in the opening Super 12 T20 World Cup match on Monday, the winning captain, who was in jolly mood but clearly out of place, wondered whether his English would last through the press conference that was about to start.

In the video that has now gone viral, a nervous Nabi is seen looking here and there as he waits for the post-match press conference to start before saying out loud, “Sabse mushkil kaam hai bhai yeh. Kitne questions hain? 5 minutes mei meri English khatam ho jayegi bhai (This is the most difficult job to do. How many questions are there? My English will be over in 5 minute).”

Afghanistan team captain Mohammad Nabi came up with a self-deprecating remark before the start of a press conference on Monday. Nabi-led Afghanistan thrashed Scotland by 130 runs at the ICC T20 World Cup.

Earlier, Nabi was in tears when Afghanistan lined up for the national anthem. Questions have been raised about the future of the team since the Taliban took control of the country on August 15 this year.

Scotland piled up 27 runs in the first three overs before Mujeeb scalped Scotland skipper Kyle Coetzer and Calum MacLoed off successive balls. Mujeeb didn’t get his hat-trick but two balls later he trapped Richie Berrington to reduce Scotland to 28 for three after four overs.