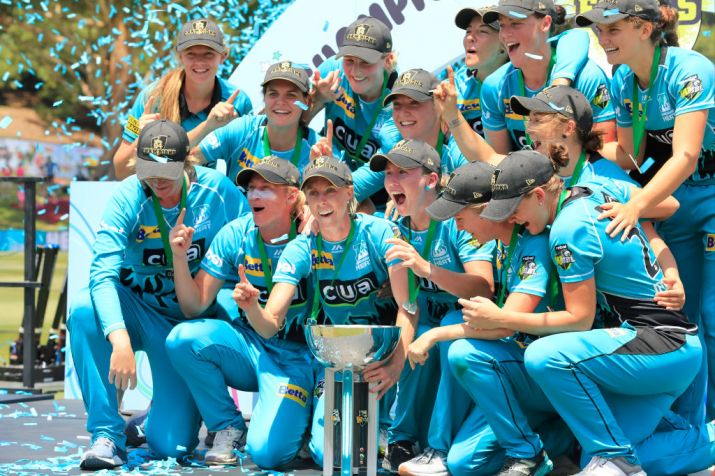 Women's Big Bash League to be standalone from fifth season, to start on October 18

If you are a fan of Women Cricket then you might be happy to know that the Fifth season of Women's Big Bash League is going to be the first Standalone tournament. This is the first time in the history of women Cricket which is another achievement in the womens sports. The Women Big Bash League will commence after the ICC Womens T20 World Cup 2020 Australia. It will be played in the North Sydney at Oval Stadium. The first match will be on 18th October and then the final game date is set on  8th December.

Which Indian Players have been part of this league?

Who is the winner of the previous league?

In these thrilling women t20 match, there were various nail-biting finale games. If you want to know about various teams who have won the title of this game then here is the list. In the 201516 WBBL the winner was Sydney Thunder who won by 3 wickets in the last over. The Champion of 201617 game was a Sydney Sixers with a thrilling last over 7 runs victory to their name. The winner of 201718 edition of WBBL was again Sydney Sixers, who have a perfect victory with 9 wickets in just 15 overs. For the 201819 WBBL games the winner was Brisbane Heat who won by 3 wickets in the last over.

There are a total of 8 teams in Women's Big Bash League who fight for the Championship titles. Every match of these games are live on TV and you can watch at the respective channels on your television. These are the list of eight teams which you can support in this season of WBBL.

The formation of a Women T20 League was first discussed in 2014 which was inspired from Indian Premier League. This league was developed with the help of former Australian cricketer Lisa Sthalekar. Earlier there were only six teams in the game and it will be held in Singapore. This idea was supported by the International Cricket Council to promote womens cricket in every country. But later it was rejected by both the British and Australian cricket board due to the games being organized by a private company.

What is the significance of this tournament for women cricket?

Creating a standalone tournament for women is one of the many achievements of womens cricket. The Women's Big Bash League is providing a platform for women athletes who has the ability to perform at big stages. This will drive away from the attention of cricket enthusiasts to womens sports. Every famous cricket around the world will get a chance to perform in this league, making it more successful and popular.

The fourth edition of the Women's Big Bash League was a success and that was the reason why there is going to be a standalone tournament. There were many matches which were thrilling and you have to wait till the last moment. With every T20 game going to the last ball makes this game much more exciting and memorable.

Some detailed information about this League

Do you know that the final game of the Women's Big Bash League got a record-breaking audience for television? The tickets for the stadium were sold out for the game. If you have watched the game on television, then you can see the excitement of the crowd when Beth Mooney played a beautiful knock. The womens cricket has evolved for years and this is the stage for everyone to come together to support them.Now that the Women's Big Bash League is going to be a standalone tournament for the fifth season it becomes more popular. During your weekends you can go with your family to support your favorite team of players. The matches are all around Australia so every sports lover can go and cheer the morale of the players.