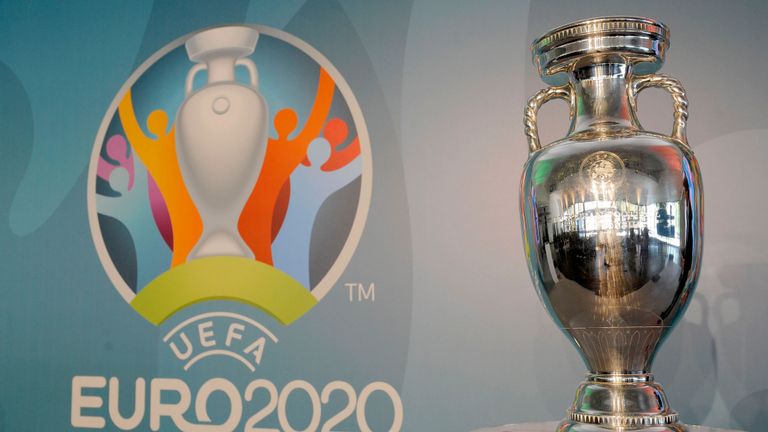 Football is the most popular sport played around the world and who doesn't love watching this beautiful game? No one actually. The Euro 2020 Qualifiers are going on and we will be able to see our favorite European football teams competing with each other for the prestigious Euro Cup 2020. If you are excited about the tournament just like every other football fans around the world, then we have brought you a complete guide of all the key dates, host cities and various other information that will help you stay updated with all the relevant details of Euro 2020.

The 16th UEFA European Championship is going to be commencing from 12th June and end on 12th July 2020. To celebrate and honor the 60th birthday of the tournament, 12 cities across Europe will host the Euro 2020 exquisitely. For the second time in the tournament's history, the Euro 2020 will feature 24 European national teams out of a total of 55 of them participating across the continent. By reaching out to different countries spread across the continent, UEFA mentioned that it is like an "a party all over Europe" in 2020.

Cities and Stadiums that will host Euro 2020

Here is the list of all the 12 cities and their respective stadiums which have been selected to host the Euro 2020 in a grand fashion across all the different stages of the tournament.

Rome's Stadio Olimpico is going to feature the opening match of the tournament on 12th June 2020. On the other hand, Wembley Stadium has been selected to host both the semi-finals and the finals for the European championship. Interestingly, due to the Pan-European staging of the tournament, no team has been exempted from the qualification stages and everyone needs to fight for their place to win the championship in 2020.

As we already mentioned, the Euro 2020 will be featuring 24 teams which were previously 16. The format for the final tournament will be the same as its previous Euro 2016 tournament, which means there will be six groups comprised of four teams. From the group stage, the winner and runner-up in each group, as well as the four best third-placed sides progress to the round of 16.

The draw for the Euro 2020 finals will be taking place on November 30, 2019. All the 24 teams will be drawn into 6 groups of 4 teams each. The top 2 teams from each group will move onto the Round of 16 stages of the Euro 2020. At this point in November, the four final spots - set to be decided in March 2020's play-offs - will not be known, but they will still be drawn into a group.

Each of the above-mentioned stadiums will host three different group stage matches, which are set to take place between June 12 and June 24, 2020.

Each of the host nations that is going to qualify will play a minimum of two games at home during the group stages. In case of both paired nations qualify to the Top 24, a draw will be taking place in order to determine which nation is going to host their direct group-stage encounter in Euro 2020.

Here is the schedule for the Euro 2020 that you can have a look at for now, in case of any changes we will surely update it for you.

So here are all the important details that you should know about the Euro 2020 tournament. With only a few months left before it begins, make sure to check out all the dates and enjoy the game without missing any updates about it.