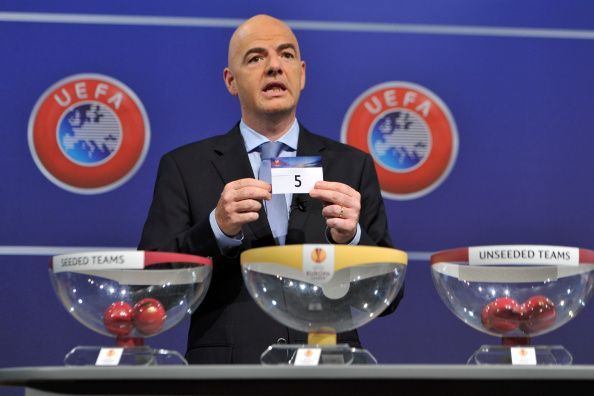 On 2nd December 2018, UEFA is going to have 3rd club competition under the UCL and UEL. There are many who came out to criticize the decision of UEFA. No matter what some people will say, this league is going to bring a huge change and improvisation in the performance of European national teams.

There are several reasons due to which Europa League 2 is called the Saviour of European Football. UEFA did very well by making the announcement of this league. This is a great decision for the players as they can learn to play better during the qualification rounds of the FIFA World Cup.

How this strategy will work?

This new competition is going to change the format of existing 2 tournaments as  Europa League 2 is going to be shortened from present 48 team structure in the group will stage down to total 32 teams similarly like the Champions League. When the group stage will be finished, then the top 2 teams will enter in knockout rounds, and there is a slight alteration done to the knockout structure of the tournament. The topmost 2 teams will go in knockout rounds, but the first placed football teams are able to get an automatic bye in the 16th round. The 2nd placed teams will have preliminary knockout competition, which will take place just before the 16th round.

The qualification procedure is quite complicated and it is based on UEFA criteria which are set in the Champions League and Europa League. This competition is basically meant for the lesser European nations and teams. The individual associations will have only a limited amount of clubs which will get qualified for the tournament of European League Football.

How does it benefit the Football game?

Does all of this really matter? More deserving football teams are able to stay in Europe for a long time due to bigger clubs and more competition. European football is really hard to arrive for the teams which are in mid-rank associations. This competition allows the clubs to get a chance to get European football, which doesnt have the chance to get this.  The domestic competitions in Europe are refreshed with Europe League 2. There are many associations which have single domestic competition and the winner gets the opportunity to qualify for the European team. In some countries, two domestic cup competitions are organized to choose one team for the international football championship. This competition can fix nation coefficients and club. The Nations League Overtime keeps organizing the association ranking. The nation coefficients and clubs can get adjusted in a more accurate manner. It also spreads the total wealth of European football into clubs and leagues which dont get income from the European campaign normally. When more and more teams will get involved in Europa League 2, then there will be a better representation of the team strengths. The clubs will be allowed to get in group stages and they would be able to show their strength.

India vs Pakistan: Harbhajan Singh and Mohammad Amir engage in war of words on Twitter