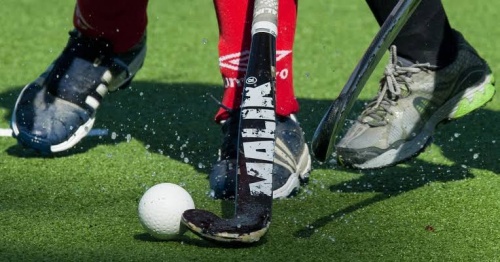 On Friday, the International Hockey Federation (FIH) introduced a new world ranking system for 2020, which will act as a match-based account instead of tournaments for a "better reflection of current performances".

The new system will be in effect from January 1 next year. FIH said the new world ranking system was launched after 12 months of comprehensive research, analysis, and testing.

The FIH rankings have been in place since 2003 and were originally designed to assign teams to different groups. The old model allowed countries to earn rating points two or three times a year.

The FIH cited "numerous restrictions" for the championship-based system for change.

This includes limited opportunities for the lower-ranked teams to earn points and the "subjectivity" required to determine the strengths of the five continents to calculate continental rating points. The fact that more than 60 percent of international hockey games have not made any qualifying points has made an increasingly strong case for changing focus," said the federation said in a statement.

The match-based world ranking system includes the exchange of points between two teams competing in every match permitted by FIH.

The number of points exchanged depends on three factors: the outcome of the match, the relative classification of teams and the importance of the match.

FIH said that the new model eliminates much of the subjectivity surrounding continental weighting by creating a fair system for all.

The decision to introduce a new global ranking system was taken after a one-year trial period.

“By using all the official international matches that have been played since the end of the Rio 2016 Olympics, a working model for the new system has been created, which allows continuous monitoring, evaluation and adjustment throughout 2019.

"The results of the testing phase indicate that the new system was more dynamic and immediately reflected the current form of the current global ranking system and was subsequently approved by the FIH Executive Board," said the world body.

The implementation of the new system for calculating the global FIH rankings will not affect existing placements: each country will start in 2020 in the same arrangement and with the same number of ranking points that ended in 2019.

Commenting on the decision, FIH Development and Sports Director John Wyatt said, "As a sport, we are constantly striving to innovate and provide opportunities for our member countries.

"As with any launch of a new system and introduction of changes, it will take some time for everyone to amend, and we will constantly monitor the rating to ensure that it is accurate and fair to everyone.

Read More: Test Events for Hockey (Sr. Men) in the 2020 Olympics in Tokyo