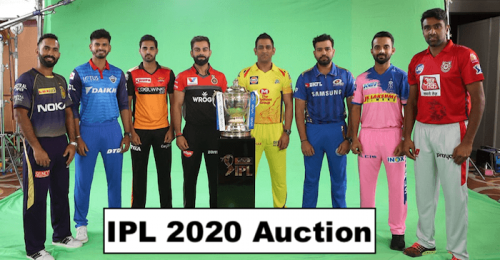 The next edition of the IPL player auction is just around the corner. For the first time, the auction will be held in Kolkata.

71 players were released through their franchises before the IPL 2020 auction to be held in Kolkata on December 19 this year. A total of 127 players were retained, including 35 foreigners.

Chennai Super Kings, three-time champions, is entering the auction with a small bag of Rs. 14.60 crore.

Royal Challengers Bangalore, led by Virat Kohli, has around Rs. 28 crores to work at the auction.

Here is the full list of the eight portfolios:

Rajasthan Royals dropped 11 players, including pacer Jaydev Unadkat, who was bought for Rs 8.4 crore last year after paying Rs. 11.5 crore for him the previous season.

Following is the list of players released by the teams: 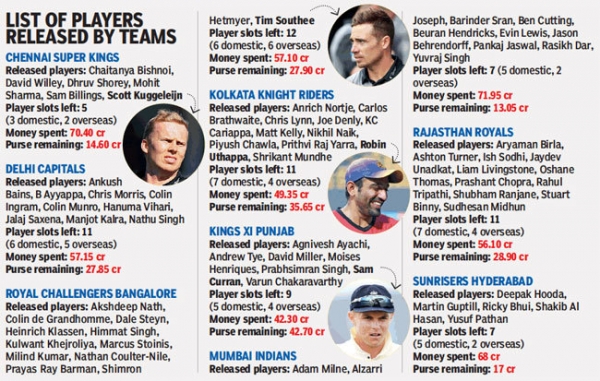