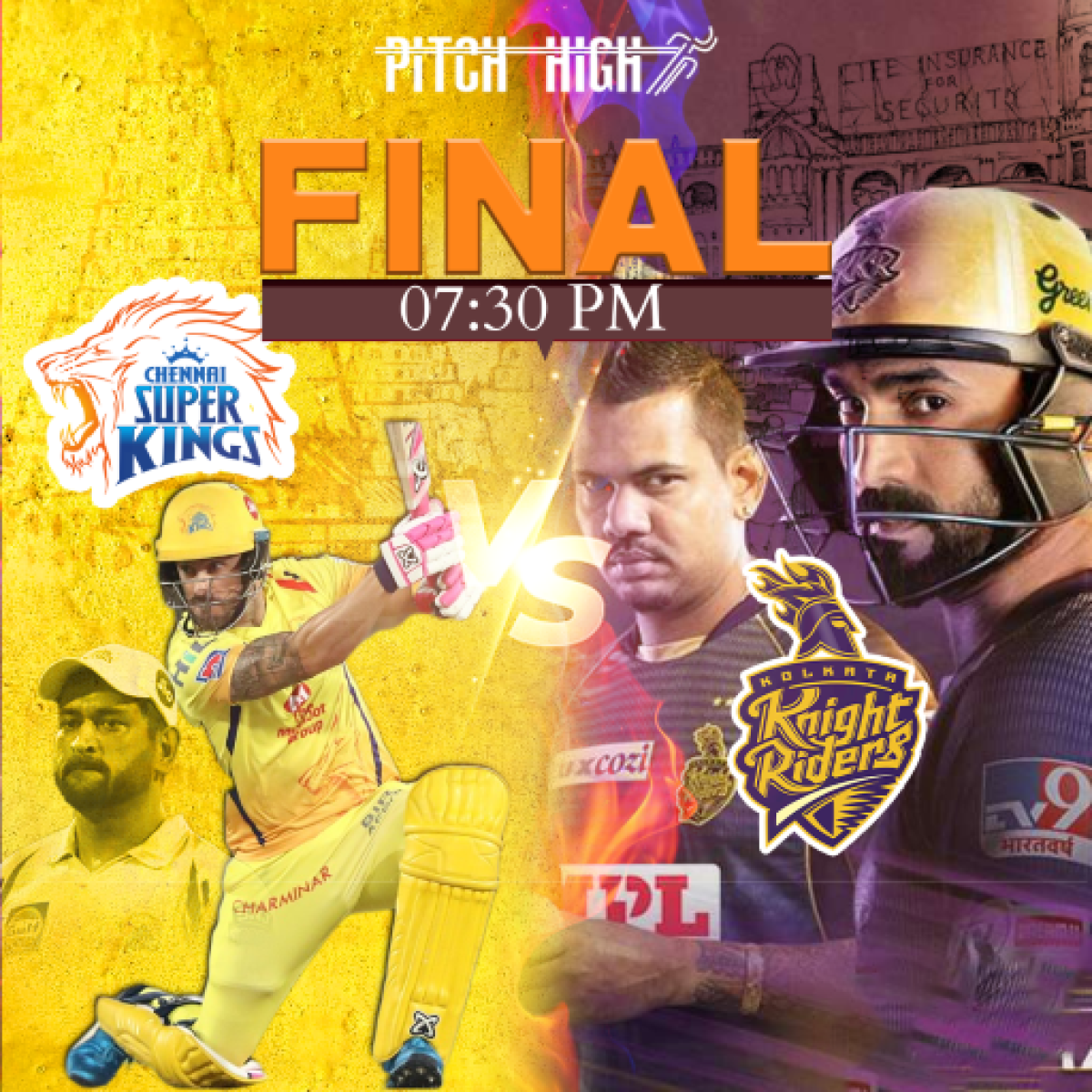 This is their ninth final and which is the most by any team in IPL history. Every individual player contributed a lot to the success of Chennai in this edition. Ruturaj Gaikwad is in contention for the Emerging Player of the award and again proved his worth by scoring valuable 70 runs in the winning cause in Qualifier 1.

On the other hand, Kolkata Knight Riders held their nerves against Delhi Capitals in Qualifier 2 and won the match by three wickets in the final over the match, and booked their final spot. They have a 100 percent win record in the IPL finals and dreaming to lift the trophy for the third time. The second leg of the IPL was phenomenal for them as they totally became a formidable side.

It’s an excellent sporting wicket that has got genuine bounce. The par score on this surface is between 165-170. The seamers can extract more pace out of the wicket. Playing to the merit will be the key for the batters here. 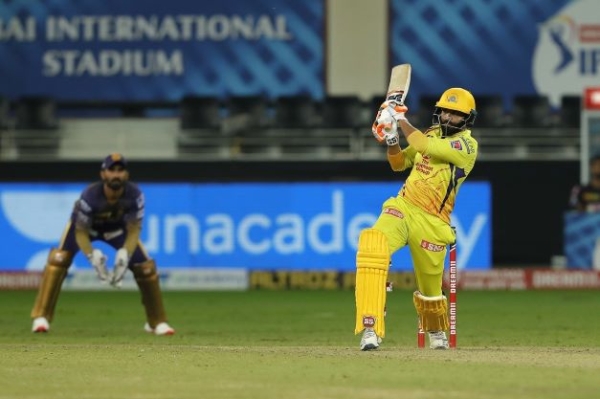 Ruturaj Gaikwad is just 24 runs away from becoming the leading run-scorer in this edition of the IPL. He had a terrific journey in the IPL 2021 where he has scored 603 runs in 15 matches at an average of 46.38.

Shubman Gill became the leading run-scorer for Knight Riders in this IPL. He made batting look very simple on bowling-friendly surfaces. In 16 matches in this edition, he has mustered 427 runs at an average of 26.68 with the highest score of 57.

Ravindra Jadeja can bowl 3-4 overs for his captain in quick succession without giving any sort of room for the batters to go after him. So far in this IPL, he has picked up 11 wickets at an economy of 6.86 and scored 227 runs with the bat at an average of 75.66.

We can say easily say, Venkatesh Iyer, is the player to watch out for in the future. The batting abilities he has possessed in this IPL have been innumerable. In 9 matches, he has scored 320 runs at an average of 40 and even picked up 3 wickets as well.

Shardul Thakur will be brimming with confidence. He has been picked in the Indian T20 World Cup revised squad. He was rewarded for his excellent bowling performances in the 2nd leg of the IPL. Overall, in this IPL, he has scalped 18 wickets in 15 matches at an economy of 8.75.

With the way, Varun Chakravarthy is performing in this IPL, he will definitely be going to find his place in the final eleven in the T20 World Cup. In 16 matches, he has scalped 18 wickets in this edition of the IPL at an economy of 6.4.

The greatest finisher, MS Dhoni has returned to his best with a match-winning knock of 18* runs from 6 balls in Qualifier 1 against Delhi Capitals. He still averages 16.28 in this tournament. 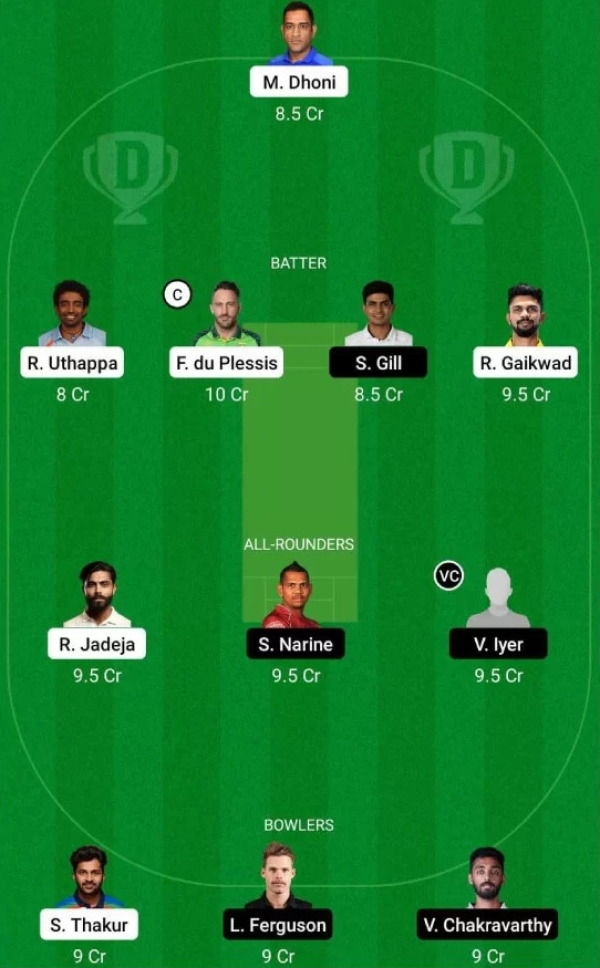 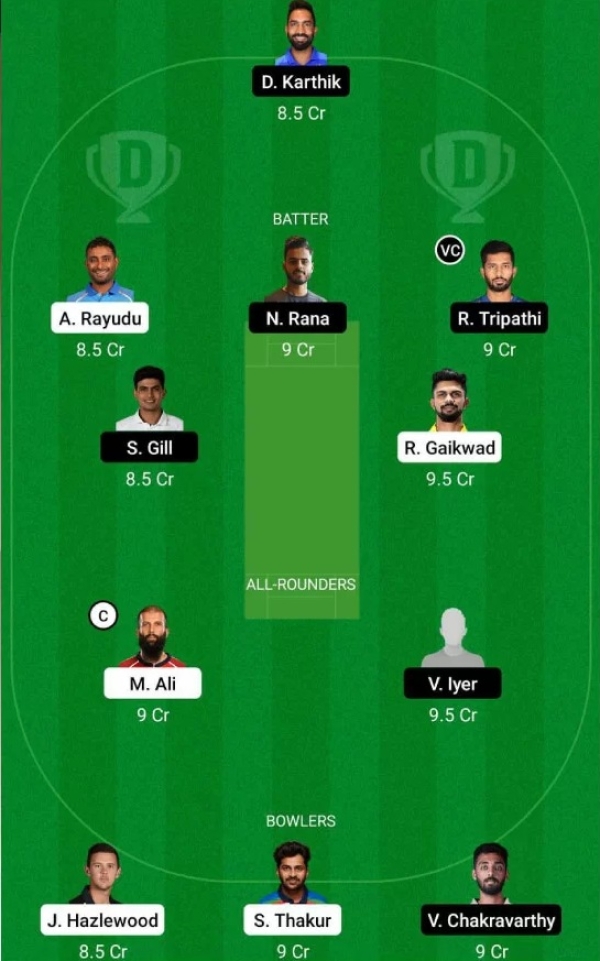 CSK vs KKR Must Picks for Dream11 Fantasy Cricket:

Robin Uthappa showed his vintage batting skills in Qualifier 1 against top-quality Delhi Capitals bowling unit. He scored 63 runs in no time. He is a risky captaincy pick for your fantasy teams.

Nitish Rana has scored 383 runs in 15 innings in this tournament at an average of 31.91 with the highest score of 80. You can take a risk and pick him as your fantasy team skipper.

Eoin Morgan has been spot on with his captaincy skills but as a batter, he has failed in this tournament. Hence, it’s better to avoid him while making your fantasy teams.