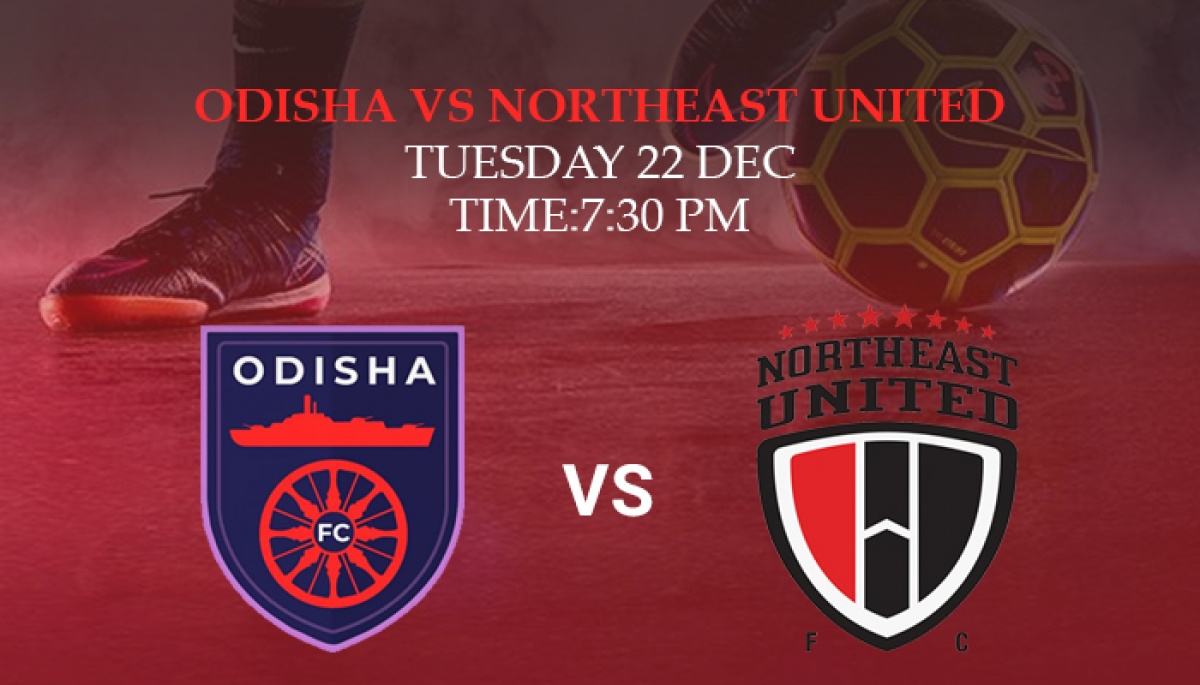 Odisha will face Northeast United in ISL 2020-21 match 37 at GMC Stadium in Bambolim, on Tuesday Stuart Baxter's team are at the bottom of the score table with just one point out of 6 games. Meanwhile, Highlanders are fourth with 10 points from 7 matches.

Odisha FC started their campaign with a 1-0 loss to Hyderabad FC and then fell to Jamshedpur FC 2-2. However, they lost their next four matches in a row to ATK Mohun Bagan, Mumbai City FC, FC Goa, and Bengaluru FC. The Kalinga Warriors scored only three goals in the tournament and conceded nine times.

Meanwhile, Northeast United began their campaign with a 1-0 win over current Mumbai City FC. They then shared the spoils with Kerala Blasters and FC Goa before beating SC East Bengal. They later faced Bengaluru FC and Chennai FC, before suffering their first loss to Jamshedpur.

After changing the name Delhi Dynamos to Odisha FC, the two teams have met only twice. The two sides scored one victory each.

In the last meeting between the two clubs, Manuel Ono and Martin Perez Geddes scored for Odisha after Northeast United took the lead. The match ended with Odisha winning 2-1.

Odisha goalkeeper Kamaljit Singh suffered a concussion in front of Mumbai City FC and is still on the mend. His head coach, Stuart Baxter, hinted at the pre-match press conference that Marcellinho had not fully recovered.

Diwando Diani is another foreign player that Bhubaneswar could lose due to injury. On the other hand, NorthEast United has a completely compact unit.

NorthEast United FC plays very defensive football, keeping their lines in check. In the meantime, Odisha FC is trying to play from behind but hasn't had much success yet. Given the shape of the two teams, one can expect a monotonous match ending in a goalless draw.