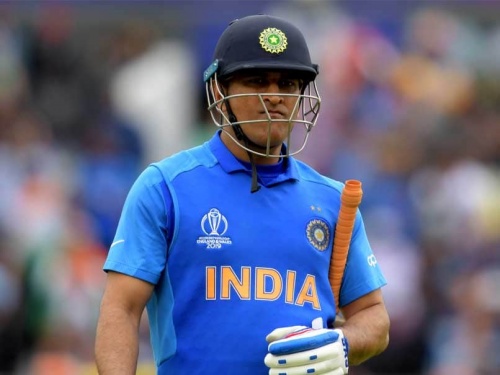 With MS Dhoni saying he will not discuss his international future until January, former batsman VVS Laxman feels that veteran Wicketkeeper is preparing for IPL 2020 and will take a call after the T20 Championship.

Former Indian VVS Laxman feels that MS Dhoni can return if young Rishabh Pant and Sanju Samson do not take advantage of the opportunities that arise in the near future.

VVS Laxman said, MS Dhoni would relate to his international future after the Indian Premier League (IPL) in 2020. He added that Dhoni could be seen in international cricket if he plays well for Chennai Super Kings (CSK).

The future of Dhoni's International Cricket has become intense speculation since the  World Cup-winning former captain has not played since the 2019 World Cup.

Dhoni was not available for the West Indies tour and took an educational license during which he trained with the Para Regiment in the Indian army. Nor he was a part of India's limited-overs team for series against South Africa and Bangladesh.

While the images of his Ranchi training raised expectations of an early return, Dhoni was not named in the T20I and ODI squads for the next series against the West Indies at home.

“I think MS Dhoni will wait patiently to see the performance of Rishabh Pant and Sanju Samson.

"If these two young people do not take advantage of their opportunity, it can be believed that MS Dhoni can return considering he performs well in the IPL that leads to the World Cup."

"At this time, Rishabh Pant will be the first option, and his back up will be Sanju Samson, and if these two boys do not take advantage of the opportunities given to them, then we may be able to look at MS Dhoni, considering how he performs in IPL."

Meanwhile, Dhoni broke the silence about his international return at a promotional event in Mumbai on Wednesday. "January tak mat poocho (don't ask me till January)," said Dhoni.