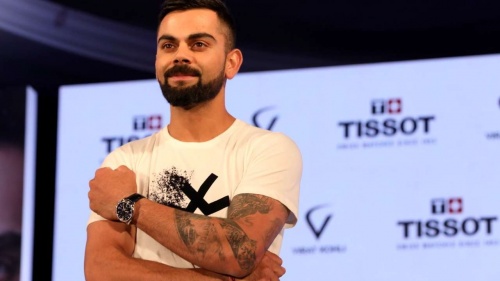 The captain of the Indian team, Virat Kohli, is the modern idol of many young people. He has countless records in cricket and his popularity can also be judged by endorsing his brand, which is currently the highest among celebrities in India.

According to a study by global consulting firm Duff and Phelps, Kohli topped the brand valuation list for the third year in a row, increasing its value by 39 percent to $ 237.5 million in 2019.

In the study entitled 2019 Celebrity Brand Assessment: “New is Gold”. Offering a group of the most influential celebrities in India based on the values of brands derived from their sponsorship contracts, the 31-year-old Indian Shepherd was ahead of many Bollywood stars, Akshay Kumar, Deepika Padukone, Ranveer Singh, and Shah Rukh Khan

Akshay Kumar ranks second on the list when it comes to brand support with $ 104.5 million, a growth of 55.3 percent.

Bollywood's leading couple, Ranveer Singh and Deepika, won third place with $ 93.5 million each. Deepika retained her position as the most expensive celebrity for the second year in a row, while Ranveer occupied one place, and now occupies the same position as his wife.

The other athletes on the list are cricket players with MS. Dhoni finished ninth with a value of $ 41.2 million, Sachin Tendulkar finished 15th and Rohit Sharma finished 20th.

Kohli is currently leading the Indian team in New Zealand in the ODI Triple Games series. India has won a total of 5 games 5-0 T20I and will now seek to return to the ODI series after losing their first game on Wednesday.