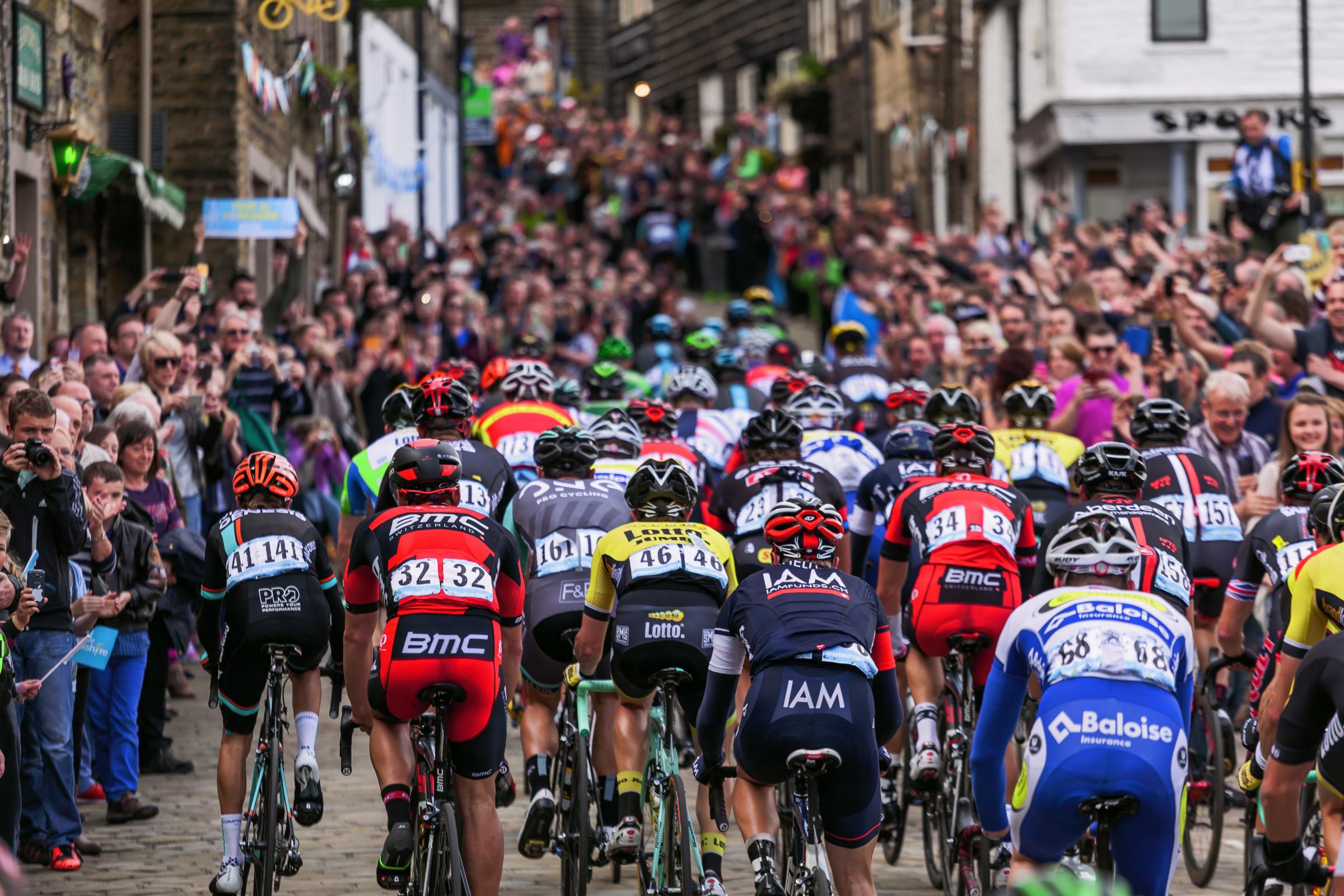 In September 2019 the worlds best cyclists will come to Yorkshire for the UCI Road World Championships, the pinnacle event in the international road cycling calendar. The Championships will include a range of mens and womens races, across age groups from junior to elite, starting in different towns and cities throughout Yorkshire and each finishing in the main competition town of Harrogate.

It will be the first time that Britain has hosted the UCI Road World Championships since 1982 and Yorkshire is aiming to deliver the most inclusive, innovative and inspiring Road World Championships in the history of the UCI. The racing will commence on the Saturday 21st September with a ground-breaking para-cycling event running alongside the Championships which will act as a qualifier for the Tokyo 2020 Paralympic Games. The showcase will feature every Paralympic road racing discipline and take place in front of one of the largest crowds ever assembled for an elite para-cycling event.

These UCI Road World Championships will build even further on the countys growing global reputation for the sport after hosting the grandest of Grand Dparts for the 2014 Tour de France and the annual legacy race the Tour de Yorkshire which has continued to grow each year, with record-breaking spectator numbers.

The provisional race start venues include:

Harrogate will be the focal point for the Championships and host the finish of every race over the nine days of competition.

The Championships will run from 22 September-29 September 2019.

Founded in 1900, in Paris (France), the Union Cycliste Internationale (UCI) is the worldwide governing body for cycling. It develops and oversees cycling in all its forms, for all people as a competitive sport, as a healthy recreational activity, as a means of transport, and also just for fun.

It represents, for sporting and public institutions alike, the interests of 194 National Federations, five Continental Confederations, more than 1,500 professional riders, more than half a million licensed competitors, several million cycling enthusiasts and two billion bicycle users all over the world.

The UCIs commitment is to lead the development of cycling as a competitive sport and activity in all its forms, across the world. We commit to the highest standards in all our activity, and to earn and maintain a reputation as an international sporting federation of outstanding performance and integrity.

The UCI also organizes the UCI World Cups, season-long series of competitions at the highest level, in the various disciplines. The rankings of the UCI World Cups constitute the common thread for each season. The race for the leaders jerseys is a key challenge, and to be crowned the victor of a UCI World Cup is a major sporting achievement.

To encourage the global and equitable development of cycling, the UCI built the UCI World Cycling Centre (WCC) which, as well as serving as the UCI headquarters, is a high-level training and education center. It welcomes over a hundred promising young athletes each year, as well as attendees of training courses in the cycling professions. The UCI WCCs programs are designed to give all riders, irrespective of their origin or the level of resources available in their country, the opportunity to fulfill their potential at national or international level.

For example, Eritrean Daniel Teklehaimanot was a trainee road athlete at the UCI WCC from 2009 to 2011 before signing his first professional contract. In 2015, he became the first black African rider to wear the polka dot best climbers jersey in the Tour de France. Venezuelan Stefany Hernandez, a BMX trainee at the UCI WCC from 2012 until 2016, was crowned UCI World Champion in 2015 and won bronze at the Rio 2016 Olympic Games.

Cycling is also more than just a sport the use of the bicycle fulfills many functions outside the sporting sphere as a means of transport and leisure. This is why the UCI is committed to expanding its Cycling for All programs, which are designed to improve conditions and accessibility for those practicing cycling.

The UCI is responsible for ensuring cycling has the most advanced and efficient anti-doping program and works on this in cooperation with the World AntiDoping Agency (WADA) and the National Anti-Doping Organisations (NADOs). However, the UCI is not directly involved in the testing or the test planning: these have been delegated to an independent entity, the Cycling Anti-Doping Foundation (CADF).

The first professional World Cycling Championship took place in 1927 at the Nrburgring in Germany and was won by Alfredo Binda, of Italy. In recent years, the race is held towards the end of the European season, usually following the Vuelta an Espaa. The event can be held over either a relatively flat course which favors cycling sprinters or over a hilly course which favors more of a climbing specialist or all-round type of cyclist. The elite men's race is usually won by riders on the UCI World Tour or its predecessors. However, in the past, there were separate events for amateur riders, mainly from Eastern bloc countries. For men at the elite professional level, the World Cycling Championship, along with the Tour de France, and the Giro d'Italia, form the Triple Crown of Cycling.

The UCI Road World Championships Elite Men's Road Race is a one-day event for professional cyclists that takes place annually. The winner is considered the World Cycling Champion (or World Road Cycling Champion) and earns the right to wear Rainbow Jersey for a full year in a road race or stage events. The event is a single 'mass start' road race with the winner being the first across the line at the completion of the full race distance. The road race is contested by riders organized by national cycling teams as opposed to commercially sponsored or trade teams, which is the standard in professional cycling.

TIPS FOR ATTENDING THE CHAMPIONSHIP