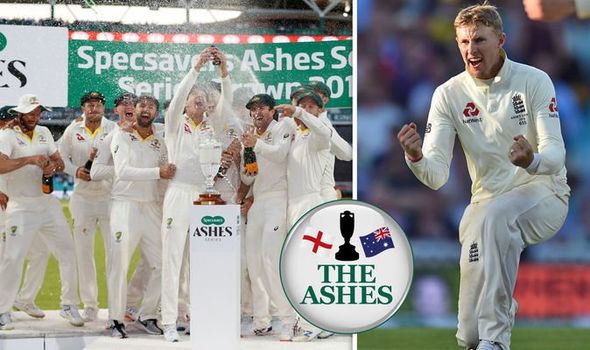 England captain Joe Root said he was proud of his team after winning the final against Australia in the 135th race on Sunday to equalize in a 2-2 series of ashes.

Australia won the fourth test in Manchester last week to advance 2-1 and keep ash, but the hosts fought in the Oval to deprive the round of their first win in a series of tests in England since 2001.

"It's a cricket of ash," Root said. "Every game in which you appear and play for your country. That means a lot to everyone. You can see at different times that someone fought for us."

England made 294 in their first roles after being placed in bats and Joffra Archer took six wickets while Australia was eliminated by 225 to give the hosts control of the game.

"For the first time in this series, we feel that we are ahead in the game to the end," Roth said. "We have to get used to more and more."

Joe Denley fought 94 battles to make sure England was healthy, and despite the challenging century faced by Matthew Wade, Stuart Bruder and Jack Skick's rapid skier took four terraces on the fourth day to secure victory for the root side.

"I thought we were great," the captain said. "To recover from a very difficult emotional week, to play the way we did, the team has a lot of characters."

England has been criticized for some modest displays in the ash after winning the World Cup at home, and Root admitted that sometimes they were not good enough.

"This was more of a model of how to play forward." "It's a step in the right direction. I'm very proud of everyone's efforts during the summer."

Archer was part of the World Cup-winning team before his debut against the Australians in Lords.

Australian Steve Smith hit a short ball that forced the mixture to miss the third test, but Smith returned to his last two games to take his series to 774 runs.

"From the moment I wore the England shirt, the cricket was exciting," Archer said. "I'm glad we were able to draw the series. By God ... Bowling was Steve Smith's mission. I'm happy to see his back.