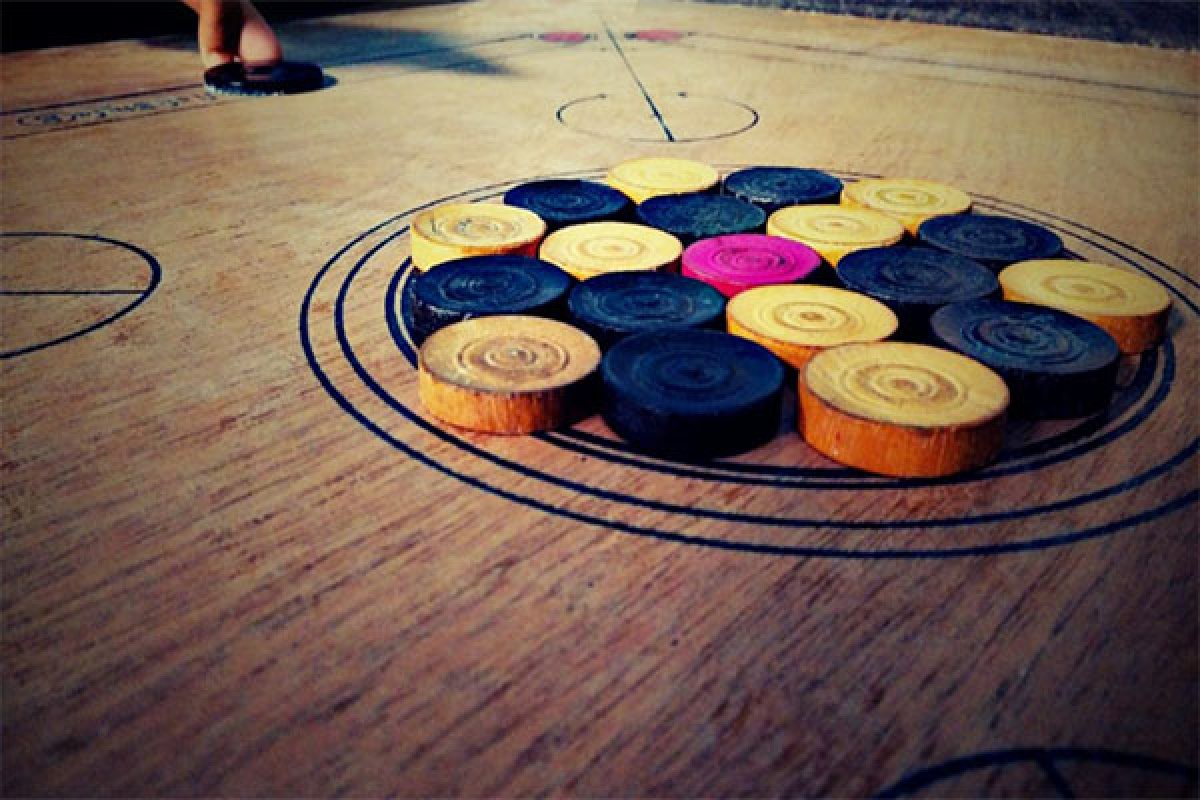 The Rules of Carrom or Karom

Carrom or Karom is a game that has long been played in India and Southeast Asia, but the game has become increasingly popular in most parts of the world over the past century. There are a lot of differences in the carrom rules though there are an international regulatory body and several major national bodies, even these differences in the carrom rules depending on the situation. Masters Games build the following carrom rules on the UK Carrom Club rules(Carrom Rules), adapting them for simplicity whenever possible.

The following dimensions vary greatly and are only presented as an example of a tournament board. Carrom Board is a flat, square, and smooth wooden board that can be 72 cm or 74 cm square and should be placed 60 to 70 cm above the ground(some of the carrom Rules). At each corner there is a circular hole that can be 51 mm in diameter and under each hole, there is a grid to catch billiard-like pieces. Two lines are drawn on the table along the diagonals. These are "fault lines". In the center, there are two concentric circles: the central circle is the size of one piece, and the main circle is about six times larger in diameter. Outside the circles and slightly inward on each side of the board, there are two straight lines parallel to the edge of the board. The distance between them should be approximately 3.8 cm and the long, thin space between them before the diagonal fault lines at each end ends with a red circle of 3.8 cm in diameter. This thin rectangle with circles at each end is called the "baseline", and the nearest baseline to a player in the area from which the player's striker should play.

There are nine dark or black pieces and nine-light or white pieces plus a red piece called the "Queen". The smooth wood pieces are slightly smaller than the front piece, which is between 3.8 cm and 4.4 cm in diameter. People often have their own strikes which can also be bone or dentin and are usually somewhat heavier than the cut, although they may vary in weight from one-half to four times the weight of the piece. On some boards, potato starch, chalk powder, or other lubricant is used to make the pieces slide more easily over the surface of the plate; The most common lubricant is boric acid.

The game is played by two opponents seated opposite each other. To start, the queen is placed in the center of the board. Six pieces are placed directly around the queen in a circle, each touching the queen and her neighbors. The remaining twelve pieces are placed around the inner circle of six, with each outer piece touching the inner circle. Pieces must be switched in both circles. The two circles were oriented so that the queen, a white piece of the inner circle, and a white piece of the outer circle were in a straight line indicating the center of the side of the board where the player who would play first sits.

Players take turns playing. The turn consists of one or more hits. The player wins by putting all the pieces of the chosen color in their pockets first. However, no player can win until one player has "covered the Queen". To cover the queen, the player must place one of his pieces in his pocket right after the queen's pocket. If the queen is in her pockets but not covered, the queen is returned to the board. Both players usually try to cover the queen in addition to trying to win the game because the player who wins and covers the queen also gets extra points. 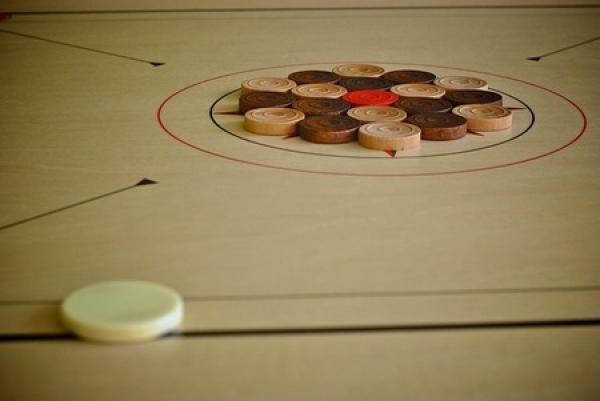 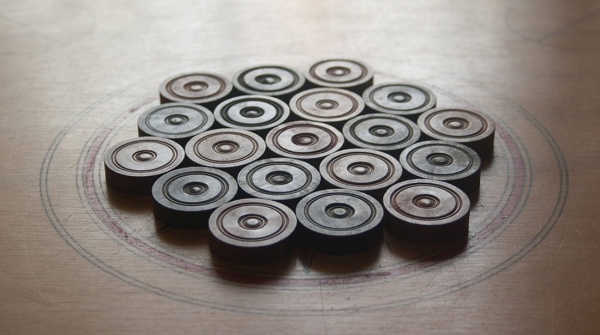 The error is recorded in the following situations: 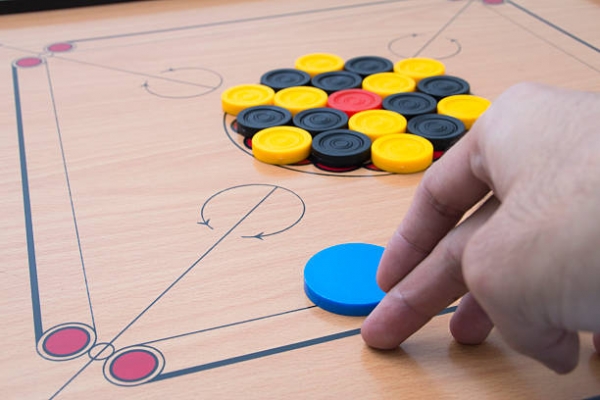 At the end of the game, the winner scores 1 point for each opponent's piece remaining on the board. If the winner also installs the queen, an additional 5 points are scored. Thus the game's maximum score is 14 points.

Carrom rules play four people at a rate of two. For the doubles game, the partners sit opposite each other and the turns continue in a clockwise direction. Other than that, the game is exactly the same as in the singles game. However, the game has a different character, because the pieces behind the baseline can be safely left for the partner to handle, unlike the singles game where the pieces located behind the baseline can only be. It moves by an opponent or bounces off the edges of the board.