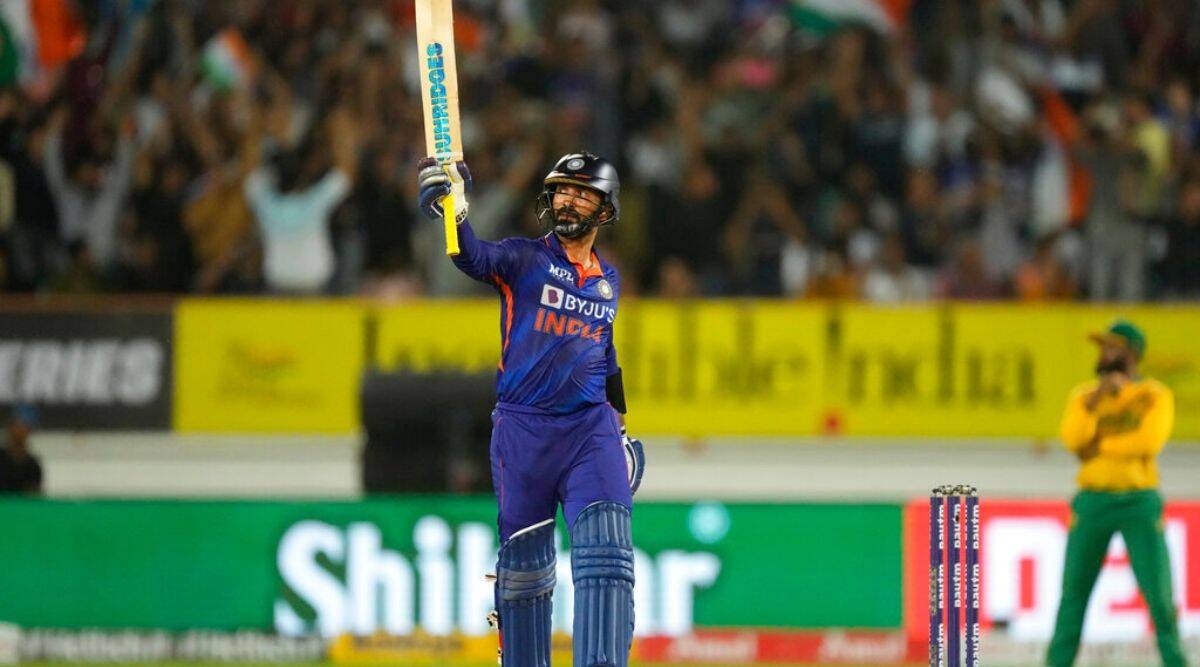 With his recent prowess against South Africa in the recently completed T20I series, Dinesh Karthik has jumped 108 places to 87th in ICC's latest T20 hitting rankings.

Karthik came to the Indian team after a stellar season in the IPL with Royal Challengers Bangalore, scoring 330 points in 16 matches with a strike rate of 183.33.

The 37-year-old was a key factor in India's comeback in the five-game T20I series after losing their first two matches. The goalkeeper scored 55 of 27 balls and was the man of the match as India beat South Africa by 82 points.

Ishaan Kishan, who was the series' top scorer with 206 runs and a touching field goal average of 150, moved up the rankings to take sixth place in the standings. This is the first time that the 23-year-old has entered the top ten in the FIFA World Cup rankings and he is the only Indian player to break into the top ten.

Kishan finished the series against South Africa in half a century and was the leading running scorer with 206 runs with an average of 41. This form has propelled South up to a sixth-place finish in the most recent T20 batsman rankings. Pakistan captain Babar Azam retained the top spot in the T20 kicks rankings.

Among the bowlers, Yuzvendra Chahal has been the most moving in the T20 rankings. The spinner jumped three places to finish 23rd after the six-wicket streak during the South African series.

Ravindra Jadeja is currently in the UK for India's one-time test against England at Edgbaston and has maintained the top spot in the overall Test list with 385 qualifying points. He is followed by Bangladesh captain Shakib Al-Hassan with 346 points.

The other Indian in the top 10 in the Test rankings is former India captain Virat Kohli (742), who held the 10th spot in the batting chart, while veterans Ravichandran Ashwin (850) and Jasper Pomrah (830) are busy. Second and third place respectively in the bowling alley. Australian captain Pat Cummins tops the list of Test bowlers with a PIR of 901.