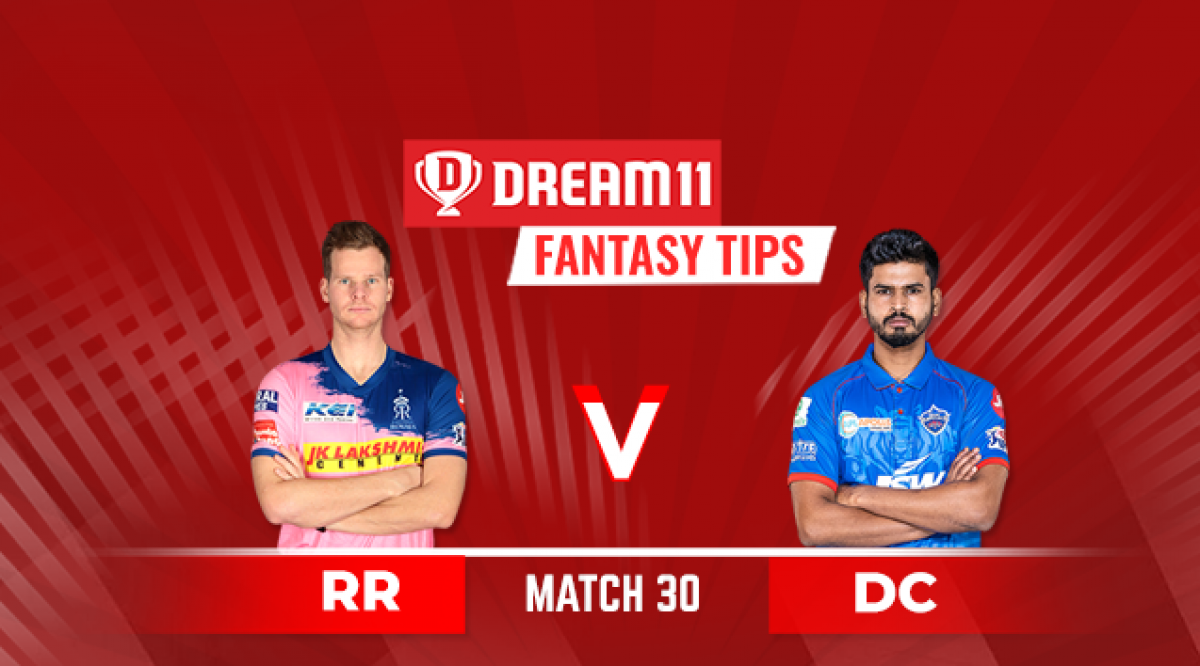 In their previous meeting, the Royals lost to the Capitals by 46 runs.

Delhi Capitals (DC) have had decent outings thus far in the 2020 edition of the Indian Premier League (IPL). Having won five out of their first seven games, Shreyas Iyer and Co aren’t far away from qualifying for the playoffs, barring a miraculous slump.

However, in their last match, the Capitals lost to the Mumbai Indians (MI) by five wickets at the Sheikh Zayed Stadium in Abu Dhabi. The Capitals are next scheduled to lock horns with the Rajasthan Royals (RR) on Wednesday, October 14 at the Dubai International Cricket Stadium.

Moreover, DC is unbeaten in this IPL in Dubai, having won three games. The Royals, on the other hand, are placed sixth in the points table, despite beating David Warner’s Sunrisers Hyderabad (SRH). They can’t afford to be complacent either.

The pitch in Dubai has been a decent one for batting. Batters have found their way, but even the bowlers haven’t done bad. Chasing teams have mostly found it tough to find their feet as the track has shown a tendency of slowing down.

The conditions will be hot with the temperature around the 33-degrees Celsius mark. The humidity won’t be high with the dew factor unlikely to come into play.

Playing Combinations for DC vs RR

Ajinkya Rahane made his debut for the Capitals last time around in the tournament. He couldn’t get many runs and will be looking to make amends next time around. In 141 games, he has 3,835 runs with 27 fifties and two centuries.

Moreover, having already played for the Royals and captaining them, he can be one of the top-performers for DC with all his experience. He must be aware of RR’s bowling attack in the event.

Steve Smith started the ongoing IPL with a couple of thumping knocks. But ever since, the right-hander has gone into a bit of a slump. The opener has strained to cross even the single-digit score and would be looking to get back amongst the runs.

DC vs RR Head to Head

The prediction is for Delhi Capitals to win the match.