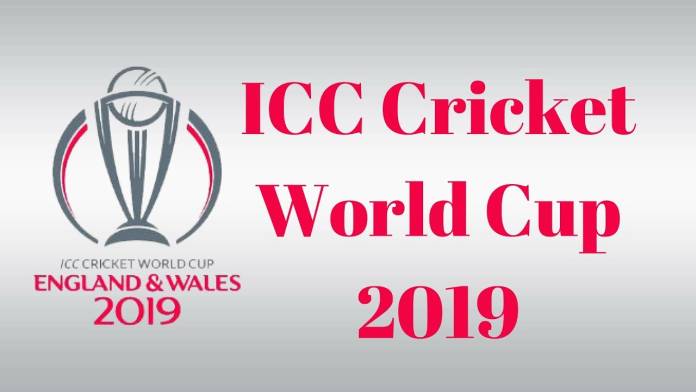 If somebody asks you to name the most interesting game, what will be your answer? Definitely, it will be none other than cricket. A cricket match live is regarded as the best time pass. As ICC Cricket World Cup 2019 is about to knock at the door, all are getting in their nerves. It seems that it needs to commence now.

Yes, it is about to start soon. Daredevils will be proving themselves on the hot ground by defeating their opponent team. Officially, this World Cup of 2019 has been recognized to be the 12th series. It is expected to be hosted by Wales and England within May and July 2019. The first round of the match will be organized at The Oval.

Once the final series arrives, it will take place at Lords. It is the fifth time when the Cricket World Cup will be held after:

It is hoped that you are familiar to the entire format of the tournament that is held on a worldwide basis. This time, i.e., in 2019 there will be a small change with rest things remaining as they were before. Teams that will be participating will be ten in number. One will be playing with the remaining nine.

Among them, top four will be moving ahead towards the semi-final rounds with a single final round. With a catapulted in the whopping from ten to twelve in terms of test playing nations, this time the match is expected to be highly enthralling. Once Associate teams get eliminated at the qualifying round, it will be the first World Cup in the history that will feature zero Associate member.

Tickets will be available online as well as vendors soon. It is good to make your bookings at the earliest to prevent rush. Enjoying the match from your bare eyes that too sitting at the stadium is really something enthralling! The more number of fans you assemble, more the enjoyable the deal will become.

At an initial stage, it is surprising to note that the World Cup series won hearts of few people only. Change is the nature of time! In a gradual manner, the series has mesmerized millions of hearts in a single chance.  People now run miles to enjoy the exotic view of World Cup series for the tournament.

Since the intervention of the World Cup series, Australia has been proved itself to be among toughest contenders. You will be surprised to learn that World Cup has numerous fascinating records. Arrangements are being made to welcome the team who will be burning fire of success in the world.

Exclusive sources are inclusive of websites that are completely dedicated to cricket. These websites will be providing complete information regarding the history in association with the tournament. Till date some of the well known cricketers that have proved themselves in this ground include the following:

Records that have been made by them are duly fascinating and highly appreciable. If you have missed some series, it is possible to reveal them by logging in to the World Wide Web. YouTube videos are highly popular.

Now here is the jackpot! As it is starting from 30th May 2019, the series will take place round wise on a regular basis. Below is the detailed description regarding countries in association with ICC World Cup 2019 in detail for you all:

These are all about series that will take place initially. Now the semi-final rounds have not at all been declared. The list will be prepared on the basis of performance.

What happened if you are not able to book a seat in the cricket stadium? You will still be able to keep updates and watch entire series online. These series will be aired on televisions worldwide.  Enjoy the glamour of watching cricket match at the comfort of your home. You will be able to access the same from your smartphone too.

Are you getting ready to enjoy a gluing experience of watching cricket match of 2019? You will soon get more updates!