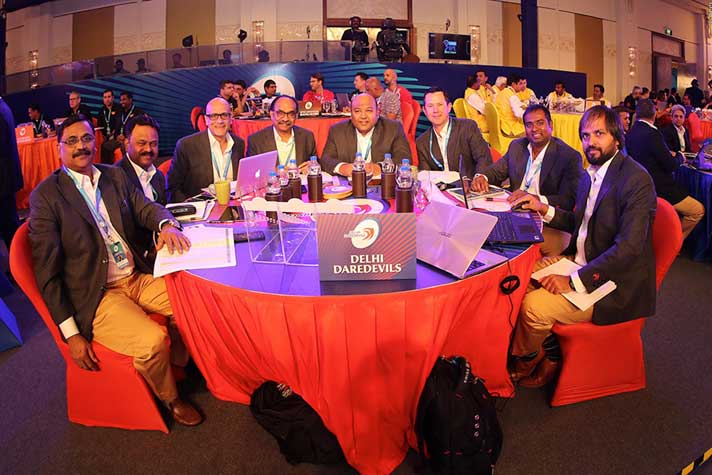 Recently,this Tuesday, the auction for the 2019 IPL came to a close on Jaipur. Thisyear, the auction saw some offbeat Indian players achieved remarkably significant.Well, thats something you, as an observer, did not expect.

Likewise,there are lot many players who have been auctioned in the 2019 IPL. Lets takea look at each IPL team profile individually.

Thisyear, for IPL, the Chennai Super Kings had a budget of Rs. 8.4 crores fromwhich Rs. 5.2 crores has been spent out. Chennai Super Kings have bought MohitSharma for Rs. 5 crores and Ruturaj Gaikwad for Rs. 20 lakhs. The totalstrength of the team at present is 25. Out of these 25 players, 8 are from overthe seas, and the rest 17 are Indians.

TheDelhi Daredevils had a budget of Rs. 25.50 crores. From this massive amount,they spent Rs. 17.80 crores. Remaining mine has been kept in stock. The totalstrength of the squad is 25, from which 17 are Indians, and 8 are overseas.

ForKings XI Punjab, the total money secured for players was Rs. 36.20 crores. Fromthis, they had spent our Rs. 32.50 for purchasing the players for their team.The number of players in this team counts to 23. Of them, 15 are from India andthe remaining 8 having been auctioned from overseas.

Thefamous Kolkata Knight Riders have spent out Rs. 9.15 crores for buying playersto strengthen their team for the IPL 2019. Currently, the team consists of 21players, of which 8 come from overseas and 13 are Indian. This time, they had abudget of Rs. 15.20 crores.

TheMumbai Indians this time had held a budget of Rs. 11.15 crores. For auctioningthe players, they had to spend Rs. 7.60 crores. Presently, the team consists of24 members. They have 8 members from the overseas and rest all Indian players.

SpendingRs. 13.8 crores behind the wonderful players, the Rajasthan Royals had a budgetof Rs. 20.95 crores. Hopefully, they have invested behind productive playersand lets hope for the best. However, the present strength of the team is 25players. 17 Indians and 8 players from overseas will make a good team.

Thebudget hoarded by the Sunrisers Hyderabad for the IPL match 2019 was Rs. 9.70 crores.Well, after spending Rs. 4.40 crores, we can hope that they have at least gotsome good players to represent their team in every match. Amounting to a totalof 23 players in the team, 15 Indians and 8 from overseas is sure to rock the game.

TheSunrisers Hyderabad have bought Jonny Bairstow (Rs. 2.2 crores), WriddhimanSaha (Rs. 1.2 crores), and Martin Guptill (Rs. 1 crores). The rest of theplayers in the team are the same as they were.

Pursuinga budget of Rs. 18.15 crores, the Royal Challengers have spent Rs. 16.35 croresbehind nine players. The present strength of the team is 24. There are 16Indian players and 8 players are auctioned from the overseas.

Conclusion Well, with so many good players in each team,you can hope to enjoy a good match this time. It will be a neck to neck fightperhaps. Lets wish all the teams good luck a