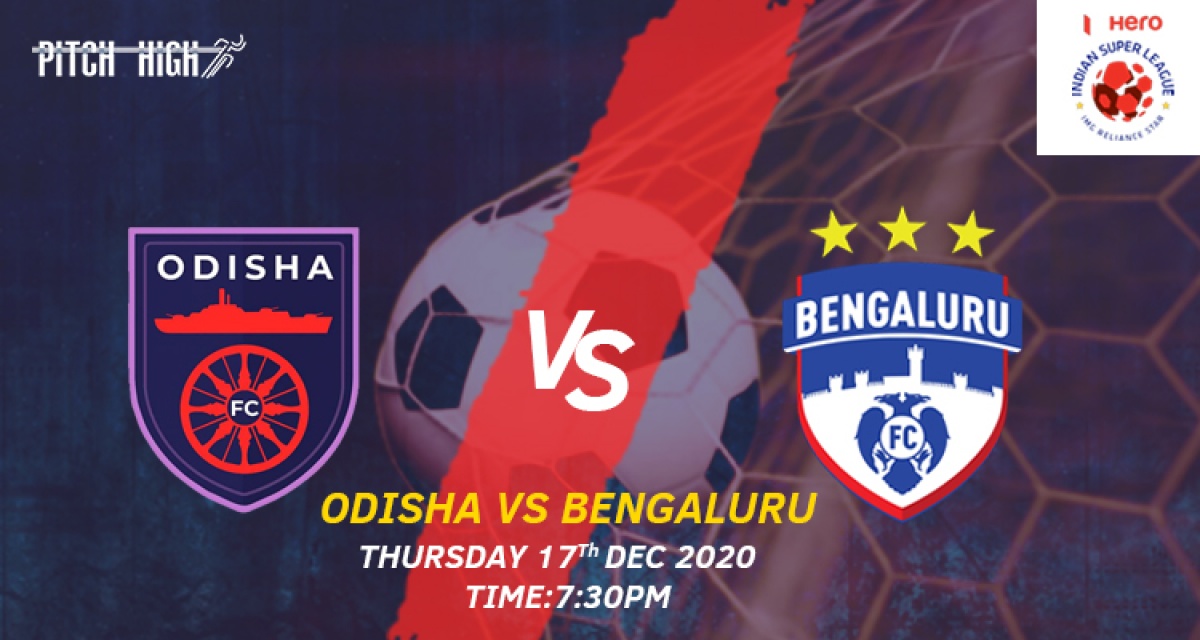 ISL 2020-21: Odisha FC vs Bengaluru FC MATCH PREDICTION, PREVIEW AND WHERE TO WATCH

Odisha FC is looking forward to their first win in the current Indian Super League (ISL) when they host the Bengaluru soccer team on Thursday at the Goa Medical College Stadium in Bambolim, Goa.

Odisha FC started their campaign in the 2020-21 season of the Indian Super League (ISL) with a 0-1 loss to Hyderabad FC. They secured a 2--2 draw with Jamshedpur FC after losing 0-2, thanks to a late attack from Diego Mauricio. Stuart Baxter's team failed to capitalize on that momentum and has now undergone three straight losses against ATK Mohun Bagan, Mumbai City, and FC Goa.

The Bengaluru football team tied in its first two games in Indian Super League (ISL) 2020-21 2-2 and 0-0 with FC Goa and Hyderabad FC, respectively. They had their first victory over Chennaiyin FC with a slim 1--0 scores, before playing an interesting 2-2 draw with NorthEast United FC. Carles Cudarat's men showed their quality when they faced Kerala Blasters in their final match in Indian Super League (ISL), winning 4-2.

Bengaluru FC has a chance to jump into second place in the standings with a win, while Odisha FC is looking to reach ninth in the table with any number of points possible.

Odisha FC gave a gritty performance against FC Goa in Indian Super League (ISL) and he can play with the same starting line-up. Marcelinho is expected to remain out of the squad as the Brazilian showed a lack of competence and discipline in the match.

The Bengaluru FC team is also expected to remain unchanged. Rahul Bheke could replace Pratik Chaudhari, depending on his fitness woes.

Odisha FC has not won a match yet this season. They couldn't calm down after 5 games and the situation was relatively bleak for Stuart Baxter. Bengaluru Football Club appears to be back on track after a shaky start to the season. They beat Kerala Blasters FC 4-2 in their previous match and are expected to easily knock out against Odisha FC as well.