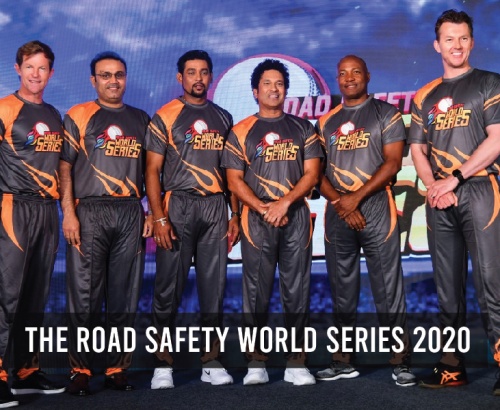 
Two of the most important names in the world cricket game: Legendary Sachin Tendulkar and Brian Lara will once again face a noble cause. The champions will face the opening match of the Unacademy Road Safety World Series, the T20 championship, when they face India Legends West Indies Legends at Wankhede Stadium on March 7. According to the calendar of the series published on Thursday, a total of 11 games will be played in the tournament.

The series will include some of the most important names in cricket in India, Australia, Sri Lanka, the West Indies and South Africa such as Tendulkar, Virender Sehwag, Yuvraj Singh, Zuhair Khan, Brian Lara, Shivnarine Chanderpaul, Brett Lee, Brad Hodge, Johnny Rhodes, and Moutiah. Muralitharan, Tillakaratne Dilshan, and Ajantha Mendis. According to the organizers, the series aims to raise awareness about road safety. Two of these 11 games will be played in Wankhede, four at the Maharashtra Cricket Association Stadium in Pune, and four at the D Y Patel Stadium in Navi Mumbai, and the final match will be played at Brabourne Stadium on March 22.