World TeamTennis to Allow up to 500 Fans at Matches

Tournament organizers announced on Tuesday that the World Tennis Championships, an innovative mixed-gender professional tennis league, will begin on July 5 at the Greenbrier, West Virginia, and up to 500 fans will be allowed to attend matches during its three-week season. .

WTT said it would adhere to all the health and safety protocols required by the authorities to ensure the safety of its players, coaches, and key personnel amid the COVID-19 pandemic. 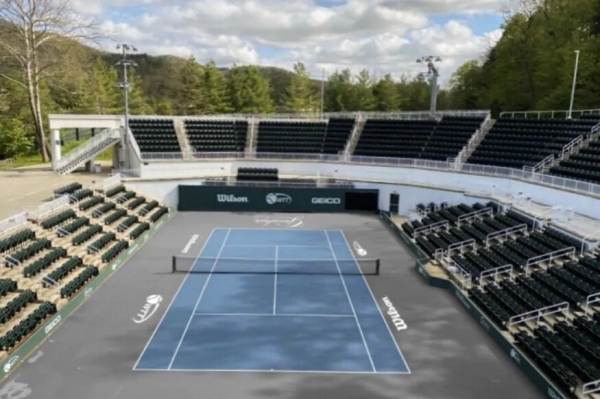 Grand Slam champion Sofia Kenin and Sloane Stephens will participate in the event, which will consist of a regular season of 63 games followed by the playoffs.

WTT plans to stage at least three matches per day at the Greenbrier's 2,500-seat outdoor stadium, while an indoor court will be installed for back-up.

"The overwhelming feedback of our players is that they want to play WTT and feel comfortable doing it in a safe environment, which is our first priority," said Carlos Silva, WTT CEO.

WTT also said it would increase the prize money to a record $ 5 million, with an additional $ 1 million awarded in compensation from the WTT Qualifiers.

All the matches will be streamed or streamed live on CBS, CBS Sports Network, Tennis Channel and ESPN+, tournament organisers said.

Major professional tennis tours, ATP for men and WTA for women have been closed since March 8 due to a novel coronavirus outbreak.

Since then, tournaments have been held in the US and Germany with strict social distance measures and without the support of fans.

New Zealand will host a team tennis tournament for local male players from June 3, while world number one Novak Djokovic hosted a tournament in the Balkans from June 13 to July 5.