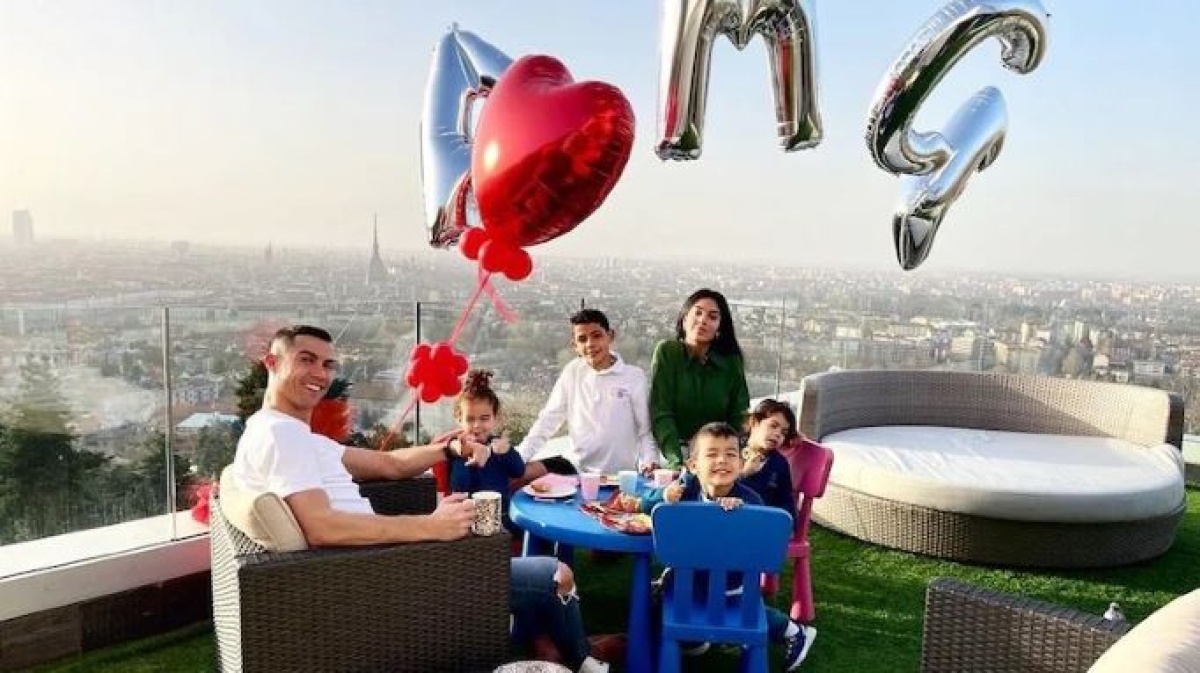 Portuguese football legend Cristiano Ronaldo confirmed on social media on Thursday that his girlfriend Georgina Rodriguez is pregnant with twins. The Manchester United winger took to Instagram to share the sports news for today with his fans and also posted pictures of their twins' ultrasounds.

Ronaldo will become a father for the sixth time after the birth of twins. He already shared a three-year-old daughter Alana Martina with Argentine model Rodriguez.

36-year-old Ronaldo's first son, Cristiano Junior, was born in 2010 but the identity of the mother is unknown. A surrogate mother then gave birth to a pair of Ronaldo’s twins, daughter Eva and son Mateo, in 2017.

"Delighted to announce we are expecting twins. Our hearts are full of love - we can’t wait to meet you," Ronaldo and Rodriguez wrote in similar posts on their Instagram accounts.

Notably, Ronaldo's oldest son Cristiano Jr is also aspiring to be a footballer like his superstar father and joined the Manchester United academy alongside Wayne Rooney's son Kai in September this year.

Ronaldo had admitted in 2017 that he wanted seven children while Rodriguez last year said: "My desire for motherhood is stronger than anything. I hope to have more children."

christian ronaldo and Rodriguez have been dating since 2016 after they met at a Gucci store in Madrid, where she used to work as a shop assistant for £10 an hour. The Portugal captain was playing for Real Madrid at the time.