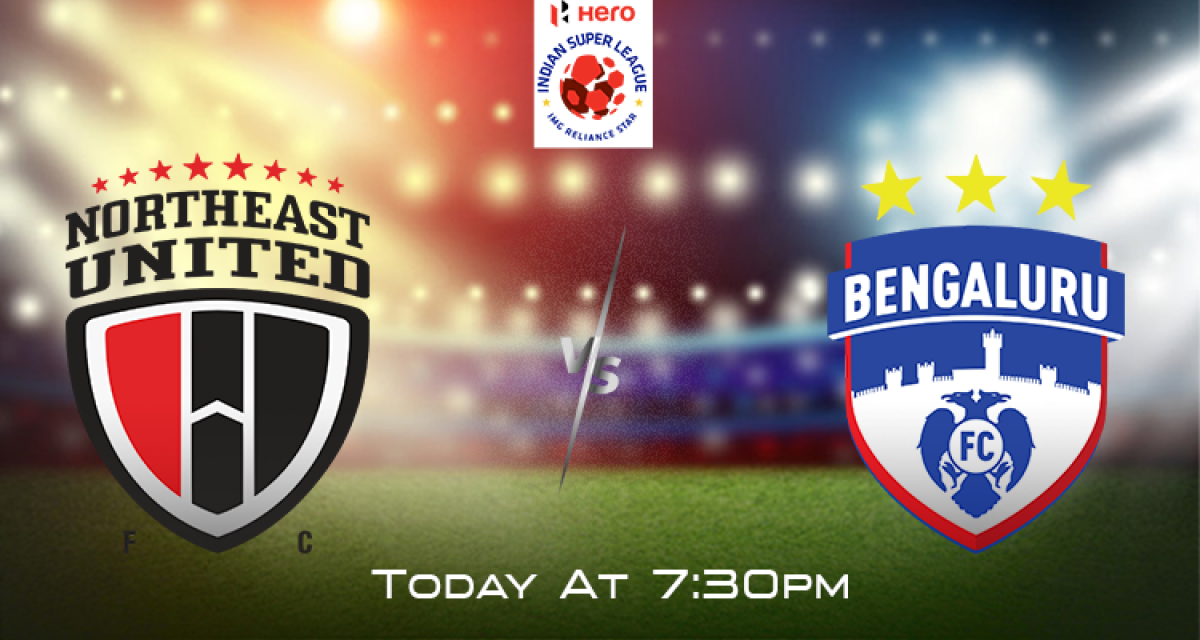 The former champions, Bengaluru FC, entered the season as one of the strongest teams after falling in the semi-finals last season. They have held most of their major players for this ISL season. Some additions were made to the foreign team when Norwegian Christian Upseth and First League winner Fran Gonzalez of Adelaide United and Mohun Bagan joined respectively.

However, the team appears far from perfect. After making a two-goal lead in the first game, Bengaluru scored only once in the next two matches, thanks to a penalty kick. It will be interesting to see how they managed to beat the Northeast United defense, which has been solid so far.

NorthEast United renewed their squad while keeping a few key players. With Gerrard Nuss at the helm, the team is making an impressive game with 8 points from 4 matches.

They haven't lost a game this season yet. Players like Apuia, Benjamin Lambot, Dylan Fox and Ninthoinganba Meetei were great for Highlanders. The team has fine-tuned a few matches now, and with some fixes in the offensive, NorthEast United could become a killer. In the last match against SC East Bengal, NorthEast United won by a 2--0 lead.

Bengaluru FC vs NorthEast United FC - Everything you need to know

The two teams have met 8 times, and Bengaluru has the advantage with 5 wins. Northeast United won only once, while points were shared twice.

In the 2018-19 season, NorthEast United FC qualified for the playoffs for the first time in their history. They faced the Bengaluru team in the semi-finals of two matches. Although Highlanders won the opening match, Men in Blue was finally laughing by winning the second and semi-final match on aggregate.

The top 3 scorers of last season

For NorthEast United, Asamoah Gyan was the top scorer with 4 goals. Redeeming Tlang and Martin Chaves followed with 3 each.

However, NorthEast United only had 3 clean sheets with Subhasish Roy as their goalkeeper.