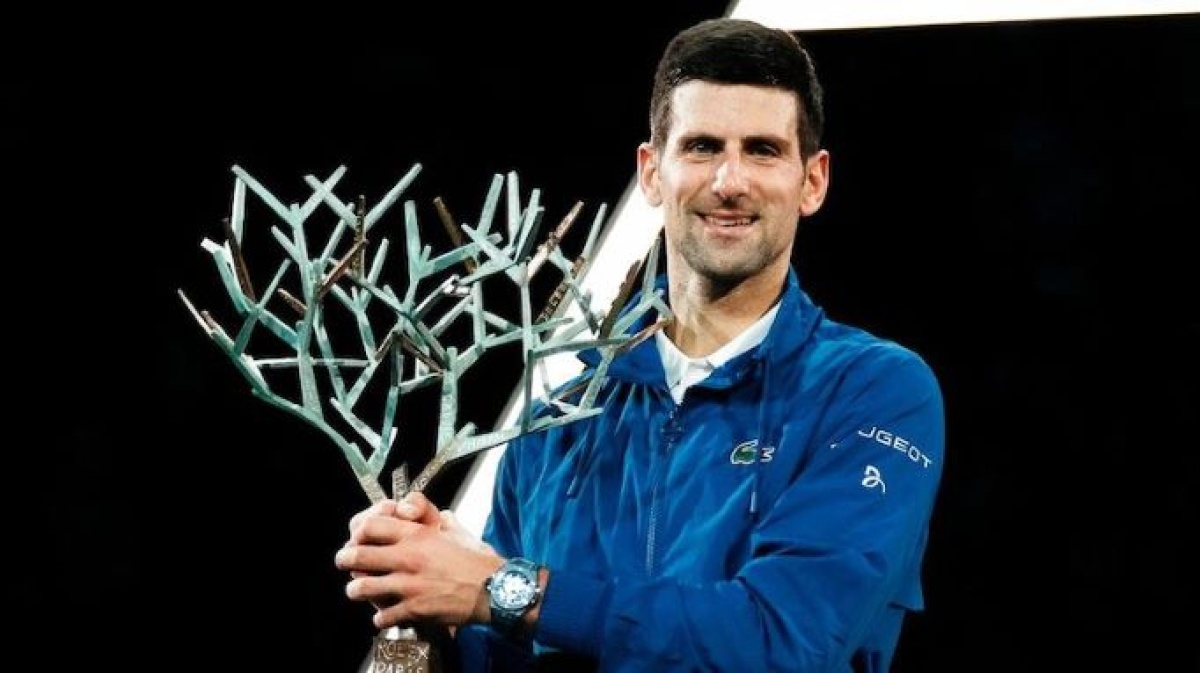 The Serbian, who is guaranteed to secure the year-end world number one spot for a record seventh time, needed time to adjust to break the world number two's sturdy defence but was unstoppable once he found his opening.

Djokovic was looking to avoid ending a season without the Masters title for the first time since 2017 and kept his cool at all times to accomplish his mission against the holder.

Medvedev was overwhelmed in the third set and bowed out of the contest on the first match point when Djokovic unleashed a superb forehand winner down the line.

Two months after Medvedev denied us open djokovic a record-breaking 21st Grand Slam men's singles titles when he beat the Serb at Flushing Meadows, the Russian hoped to lock his opponent into a backhand-to-backhand battle again.

Medvedev broke in the opening game as Djokovic made a flurry of unforced errors with the lanky Russian keeping him on the back foot.

The world number one drew 2-2 but Medvedev stole his serve again to advance 4-3 up with a splendid sliced backhand at the net. The Russian then held serve twice to pocket the first set when Djokovic back long.

However, the Serbian turned the tables in the second set, leading 3-1 when Medvedev buried a backhand into the net.

Djokovic served and volleyed to save a break point at 5-3 and saw off a second with a big serve. Medvedev set up a third with a spectacular block at the net but the top seed's first serve again came to the rescue.

In the end, Djokovic led the match into a decider with an ace on his third set point.

Serving for the match, Djokovic gave Medvedev plenty of space and the Russian pulled a break back but his tank was empty and he surrendered on his serve in the next game.

Medvedev complained he had been bothered by a spectator making too much noise in the crowd.

"I got mad because crucial, crucial moment, 5-2 for him, double break, even if I manage to get the break back, we all know that against Novak it's tough to actually come back from this score," he told a news conference.

"I got mad because it was not nice, and it was done on purpose. Some of the spectators, they were just into the match and you could feel it. You're getting ready for serve, they were like, Allez, Novak, or Allez, Daniil. But you could feel it was like they are just trying not to be in the game, and you wait.

"This one was done, when I did the toss already, it was done by a Serbian spectator... I hope he doesn't watch tennis anymore."