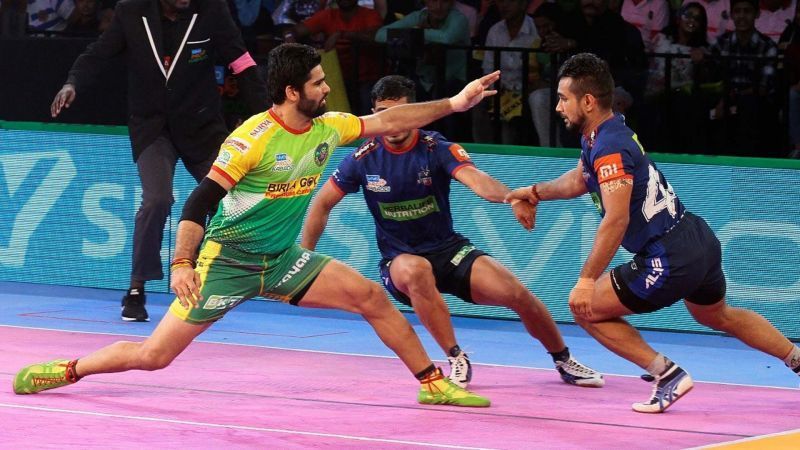 The Kabaddi fans should get ready for the Pro Kabaddi League as it is just a few days away. The Pro Kabaddi League 2019 is going to start on 20 July 2019. Every team has started its preparation for all the perfect combinations of Attacking and Defense positions. Last year, the Defender performed slightly better than the Raiders. If you have followed the previous season of Pro Kabaddi then you might have seen a lot of Super Tackles. With every team shifting their focus to improve their defense, some team has their Ace players who can perform exceptionally well. As you might have heard a lot of Special nickname for the Ace player from every team.

One of the biggest surprises of 2018 for Pro Kabaddi was it star player Pawan Sherawat. He was able to score 282 points from 24 matches which took the team to the final and they win their first Pro Kabaddi League Championship. The fans of Bengaluru Bulls are hoping that he would again play exceptionally and win Pro Kabaddi League 2019.

Maninder Singh is a power Raider who is very quick on his feet. This player from Bengal has amazing stats to prove why he is their X-factor player. The whole Bengal Team depends on this player in order to win and if he starts getting points then the victory is in the grasp of Bengal Team.

Meraj Sheykh has always been a quick raider on its feet who can surprise the other team with his quick skills. Thought the past two seasons were not as good for him but you simply cannot ignore a player of this caliber. Surely Pro Kabaddi 2019, will be the year of this player who is an X-factor for Delhi team.

Gujarat Fortune Giants was one of the most balanced teams of 2018 Pro Kabaddi League with every player performing. But the star player of this team Sachin Tanwar was the game changer. With 14 super tens to his name, he was considered the best young Raider in the league. Not only that but he also has three super tackles to his name which makes him much more special.

Last year for Haryana team was not so great even with having the strongest player on their team. This year it's going to be different as the Haryana team has shuffled all of their players. Except for Vikash Khandola every player has been shuffled from the team making him their X-factor player for the game.

Jaipur team was the winner of the first season of Pro Kabaddi league but it did not perform well in rest of the seasons. This is the reason why they have decided to shuffle the whole team in Pro Kabaddi League 2019. The only player retained by the team is Deepak Niwas Hooda making him their X-factor player for this season.

Pardeep Narwal has been one of the best Pro Kabaddi 2019 players for its every season. He is one of the players who is consistent in his performance every season and won many matches for his team single-handedly. No matter what, he is the player you need to look out for in this season.

Due to injury last year Nitin Tomar cannot play some matches but the ones in which he plays his team won which was due to his exceptional performance. For the Pro Kabaddi League 2019, you need to watch out for this player.

There are many other players in the Tamil team but one of the most responsible players in the game is Ajay Thakur. With being the Captain and main raider he is the best player for Tamil in Pro Kabaddi League 2019.

Siddharth Desai was one of the best Raiders in the last seasons but with due to a shoulder injury he has to miss few games. But this year he is playing for Telugu team .

Sandeep will be playing for U Mumba first time this year and will be their X-factor for raiding in Pro Kabaddi League 2019.

Last season was not meant for Monu Goyat but he will be returning with UP team and will be their X factor player.These are some of the X-factor players in each team who has the ability to change the game on their own. So every team will be training in order to stop these defenders. Nowadays you can play a prediction game on your mobile to earn some prize and you can place your luck on the skills of these players.