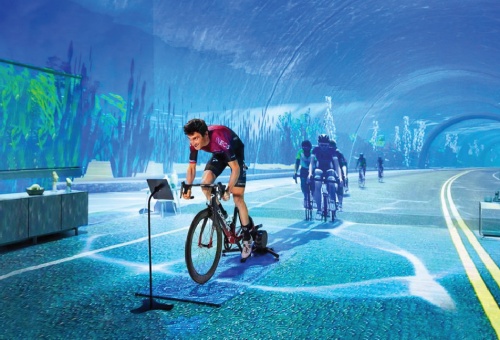 The UCI Track Cycling World Championships includes a set of world championship events. These events take place for many disciplines as well as various distances in track cycling. These events are regulated by the UCI (the Union Internationale). Before the year 1900, the Championship events used to be administered by the predecessor of the UCI, the International Cycling Association (ICA).

The 2020 UCI Track Cycling World Championships by Tissot will be taking place in Berlin, Germany starting from 26th February 2020 till 1st March 2020. The venue for the event is the Velodrom Berlin.

The current events that will take place include the time trial, keirin, individual pursuit, team pursuit, points race, scratch race, sprint, team sprint, omnium and madison. The events that take place for Women are shorter than the men's events. Also, motor-paced events and tandem events are not held anymore.

The ICA championship winners were awarded a gold medal. While the UCI Championship awards their winner with a gold medal as well as a rainbow jersey. The participants who came at the second and third place are awarded the silver and bronze medals respectively. The World champions wear this rainbow jersey until the coming year's championship. However, the winners may wear the jersey only in the same type of event in which they had won it. At the same time, the Former champions can also wear rainbow cuffs to their everyday jerseys.

Each year, the World track championships are by tradition allocated to a different country. The championship is then run by that country's national cycling association. However, the top referees including the President of the Commissaire's panel: PCP, Secretary, Starter, and Judge Referee are the International Commissaires who have been appointed by the UCI.

The competition will be held over a period of 5 days and will be fought over 20 different titles. A total of two sessions will be held each day of the Championship. The tickets are starting from 7€ (reduced 5€) per head.

The five days of competition will take place on the 250-meter wooden track that will host the best athletes in the world. They will be fighting over 20 coveted titles as well as the rainbow jerseys. After 1999, the Berlin Track will be hosting a World Championship for the second time. The competitors from Berlin are Theo Reinhardt and Roger Kluge.

When it comes to the events, following is a  list of the events of the UCI World Track Championships:

After the knockout heats of 3 laps, the Qualification 200 m time trials happen to select the two best riders who will line up against each other in the final of the championship.

Two athletes will be riding simultaneously during the qualifications. The fastest 8 athletes will go to the finals. The finals will be raced as an individual time trial from a standing start. The competitor who has the fastest time will be declared the winner.

The Riders are going to follow in the slipstream of a pacing motorbike for 750 m before undertaking a three-lap sprint to the end. The motorbike will gradually increase the speed from 30 to 50 km/h before pulling off the track so as to begin the sprint.

Two riders will be starting on the opposite sides of the track and race over 4 km (3km for women's race). The rider who will manage to catch his/her opponent or the one who gets the fastest time will be declared as the winner.

Two teams consisting of four riders each will be starting on the opposite sides of the track and race over a distance of 4 km. The team that wins is the one that will catch its opponents or the one that records the fastest time.

This is a race of about 25 km for women and 40 km for men. The Riders will earn points during the sprints (one point for every 10 laps on a 250m track) and more than 20 points for lapping the rest of the field. By calculating all the points won, they will derive the final result of the race. Also, the points that are gained during the last sprint after the full distance will be doubled (10 points, 6 points, 4 points, 2 points).

This relay race will be fought between the teams of two riders contested through the intermediary sprints (for every 10 laps). When one team member races, the other one will slow down and rest before racing fast again with a hand sling from his/her teammate. By calculating all the points won, they will derive the final classification. In the points race, any team that will gain a lap on the main bunch will earn 20 points, and any team that is lapped by the bunch will be deducted 20 points.  Also, the points that are gained during the last sprint after the full distance will be doubled (10 points, 6 points, 4 points, 2 points).

The Scratch Race is a mass-start race for the individual riders who will race for 15 km for men and 10 km for women. The first lap will be neutralized.

The Omnium will consist of four endurance events that will take place on the same day. These are Scratch race, tempo race, elimination and points race. Previously, the Omnium used to consist of 6 events held over two days consecutively. If the riders wish to top the final classification, they must be consistent throughout all the events.

The tempo race has been newly added to the Omnium. The rules of the tempo race are similar to the rules of the points race. After the first five laps, intermediate sprints will occur every lap with one point being given to the first rider. The Riders will also gain points for lapping the main bunch. But, the riders that are caught by the main peloton will have to leave the track and will lose all the points.

The Track fans can easily live stream the UCI Track Cycling World Championships 20200 online on their devices whether it is a Pad, Mac, PC or any Android device. The fans can even watch and look at the examinations at whichever point or place on the planet. The UCI Track Cycling World Championships 2020 Live can be watched on various channels including ESPN, DAZN, Hulu TV, Fubo TV, Direct TV, Sling TV and some others.