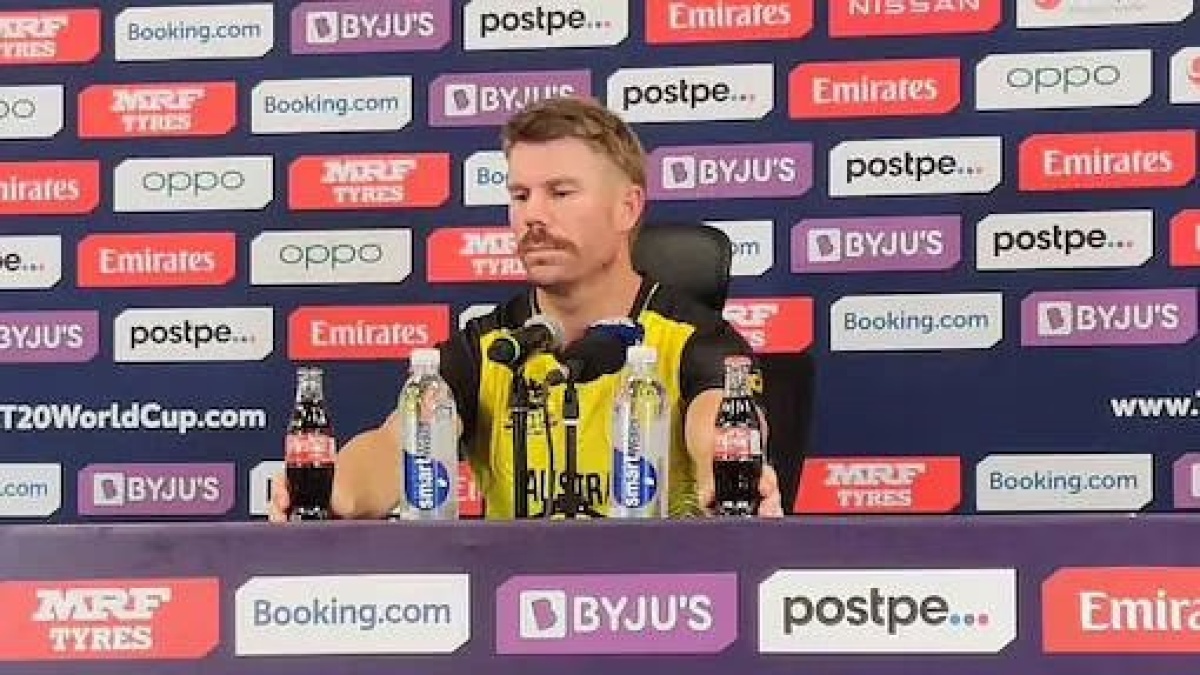 Australian opener David Warner tried to recreate the ‘Cristiano Ronaldo Coke bottle moment’ in the post-match press conference after the match between Australia and Sri Lanka. Ronaldo had removed the Coke bottles from his table in the press conference earlier this year, and this resulted in a loss of $4 Billion for Coca Cola.

.@davidwarner31 trying to be @Cristiano

In the encounter between Australia and Sri Lanka in t20 worldcup on October 28, 2021, Sri Lanka scored a decent total of 154/6 on the scoreboard. In reply, David Warner was in red hot form with the willow and scored a whirlwind 65 off 42 deliveries at the top of the order to help Australia breeze past the target with 7 wickets and 3 overs to spare.

The left-handed batting dynamite struck 10 fours in his enterprising innings. Apart from Warner, Australian captain Aaron Finch and veteran hitter Steven Smith have also contributed useful runs. While Finch scored an impressive 23 balls 37, Smith stayed till the end and helped himself to a patient 28*.

Warner will next take the field for the Australian side on 30th October 2021, when the kangaroos clash against their arch-rivals England at the Dubai International Cricket Stadium