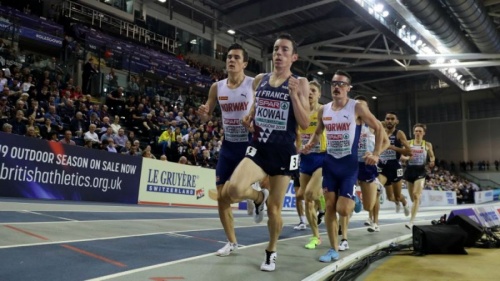 The 18th World Athletics Indoor Championships had earlier been scheduled to be held from 13th March to 15th March 2020 in Nanjing, China at the Cube gymnasium located in the Nanjing Youth Olympic Sports Park. The place has been built recently. Its Construction had started in 2017 and has been completed right in time for the event. The track and field and the swimming venues are located in the A Block of the park. To the east is the Yangtze River complex where catering, as well as the hotels, are present and all the security work for the event will be carried out.

However, it is important to note that now the event has been postponed till March 2021. The reason behind this is the current 2019–20 coronavirus outbreak. This is going to be the first event that Nanjing is hosting. Cedar is the official mascot for the World Athletics Indoor Championships Nanjing 2021.

The events held during the championship have been more or less the same since the start. The 4 x 400 m relay race for men and women had been added to the schedule in the year 1991 with the women's triple jump as an exhibition event.

Nanjing had won the bidding process for the Championships. The Delegations from three candidate cities had shown their presentations to the Council, first Nanjing (CHN), followed by Belgrade (SRB) and Toru (POL).

The organizers have said that they had received advice from their medical team that the spread of the Coronavirus is at a level that is alarming both within China and outside and it has been advised that no one should be allowed to go ahead with a major gathering that can be postponed for a while.

Read More: T20 Womens World Cup: It could be Australia vs India at MCG on Womens Day