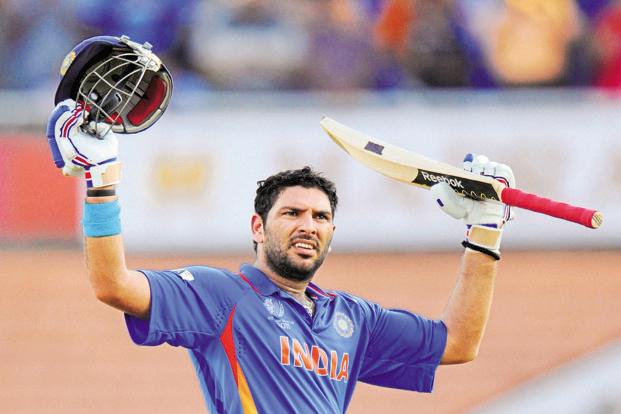 Who doesnt know Yuvraj Singh? Hes the former Indian cricketer who has been an all-rounder. He has scored 8701 runs and took 111 wickets in ODIs while in T20s, he has scored 1,177 runs & 28 wickets. He is known for strong fielding and ball hitting. In the ICC Cricket World Cup 2011, he was named as the man of the tournament. In the year 2011, he had cancer in the left lung due to which he had to go through chemotherapy in Indianapolis and Boston. In the year 2012, he completed the final cycle of chemotherapy and came back to India. He has also won an Arjuna Award and Padma Shri which are one of the most honorary awards in India. On 10th June 2019, he announced that he would retire from international cricket.

He has faced several ups and downs in his life till now and even then he has given brilliant performances continuously. He is the one cricketer who has scored 36 runs in an over, and thats why no one can match the batting skills of Yuvraj Singh. This year he decided to retire from the international matches and then he would participate in the Global T20 Canada tournament. Even though this tournament is held for the second time this year, but due to the entry of Yuvraj Singh and other fantastic players, it would become effortless to attract more fans.

This year, Yuvraj signed Toronto Nationals for Global T20 Canada. He is going to take part in the Global T20 second season of Canadian tournament. In June 2019, he announced to retire from the international cricket after playing cricket for more than seventeen years. He is the left-hand batsman who decided to work on in his freelance cricket career by being T20 cricketer. He attended a press conference where he said that he wants to play T20, but he wants to play fun cricket only. He believes that playing big tournaments and international cricket can be stressful for him. The first season of Global T20 was held in the Month of June-July 2018. There were a total of six teams which took participation in this tournament. There were four Canadian cricketers who were in every single team. Several international cricketers played in the first season, and this included retired player also. The winners of last season were Vancouver knights. This year, the tournament is going to begin on 25th July.

Yuvraj Singh is a famous cricketer, and he would enhance the level of the tournament. There will be numerous fans attracted by him being in this tournament. George Bailey is signed by the team, Montreal Tigers and Darren Sammy, Colin Munro, Shakib Al Hasan are selected by Brampton Wolves. Andre Russell and Chris Gayle would be in Vancouver Knights.

Yuvraj has taken permission from the BCCI for playing T20 leagues overseas. He has been permitted by the board, and he has finally taken retirement from cricket. He is loved by people all over the world, and thats why he would be a major player to attract fans in the Global T20 Canada tournament. The competition is going to be fierce as there are world-class cricketers who are participating in this tournament. The World Cup 2019 will be finished until this tournament will begin, and the cricket lovers would get interested in seeing this tournament.

Who else will participate in the global T20 tournament?

Read More: ICC World Cup 2019 Prize Money on offer, past winners and format- Everything to know