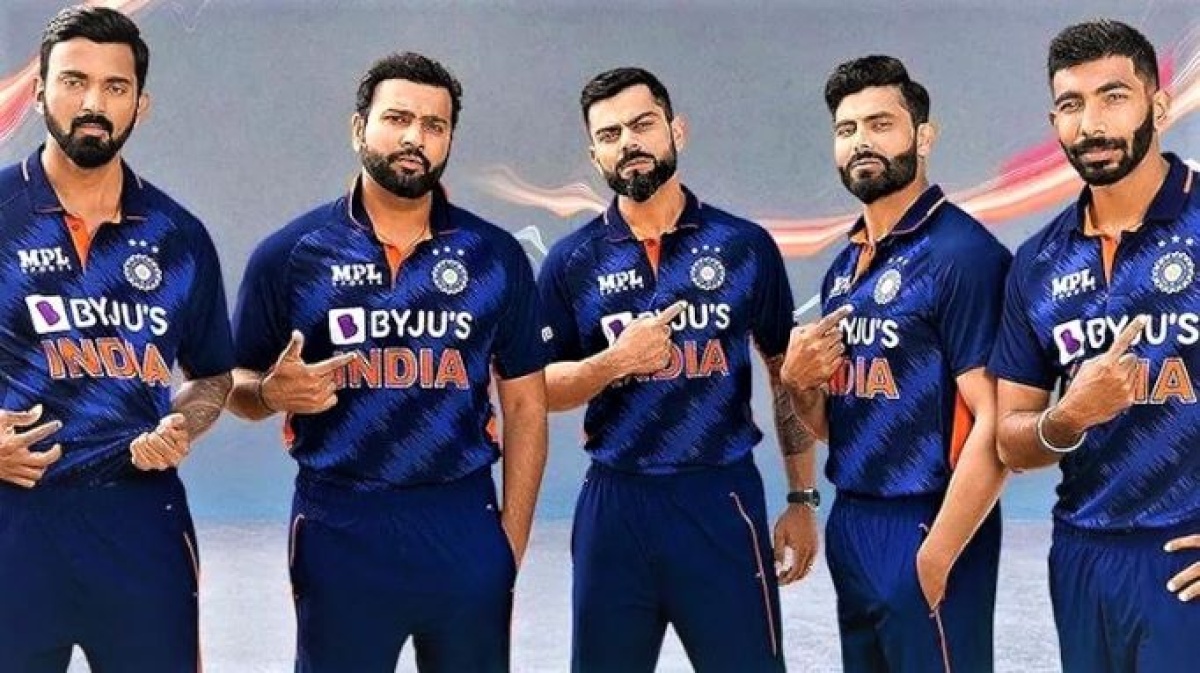 The Board of Control for Cricket in India (BCCI) revealed the new jersey of the Indian cricket team for the men's T20 World Cup tournament to be held in the United Arab Emirates (UAE) and Oman from October 17 to November 14.

The new jersey is named 'Billion Cheers Jersey' and the patterns on the jersey are inspired by the billion cheers of the fans.

"Presenting the Billion Cheers Jersey! The patterns on the jersey are inspired by the billion cheers of the fans," the Board of Control for Cricket in India (BCCI) tweeted as the board shared the picture on social media.

The patterns on the jersey are inspired by the billion cheers of the fans.

The jersey was released by MPL Sports, the official kit sponsors of the Indian cricket team till December 2023. The new jersey will replace the navy-blue retro jersey with blue, green, white and red stripes, inspired by the 1992 World Cup kit which the team has been sporting since the tour of Australia in November last year.

The Indian team will enter the field wearing the new jersey for the first time in their practice match against England on October 18 and then against Australia on October 20. The jersey will then be worn during India's opening match in the men’s T20 World Cup against Pakistan on October 24.

India are bidding to end their 8-year-long wait for an ICC title when they take the field under Virat Kohli's captaincy at the T20 World Cup 2021 in the UAE. The Asian giants last won a major title in 2013 and their last T20 World Cup title in the inaugural edition of the tournament.