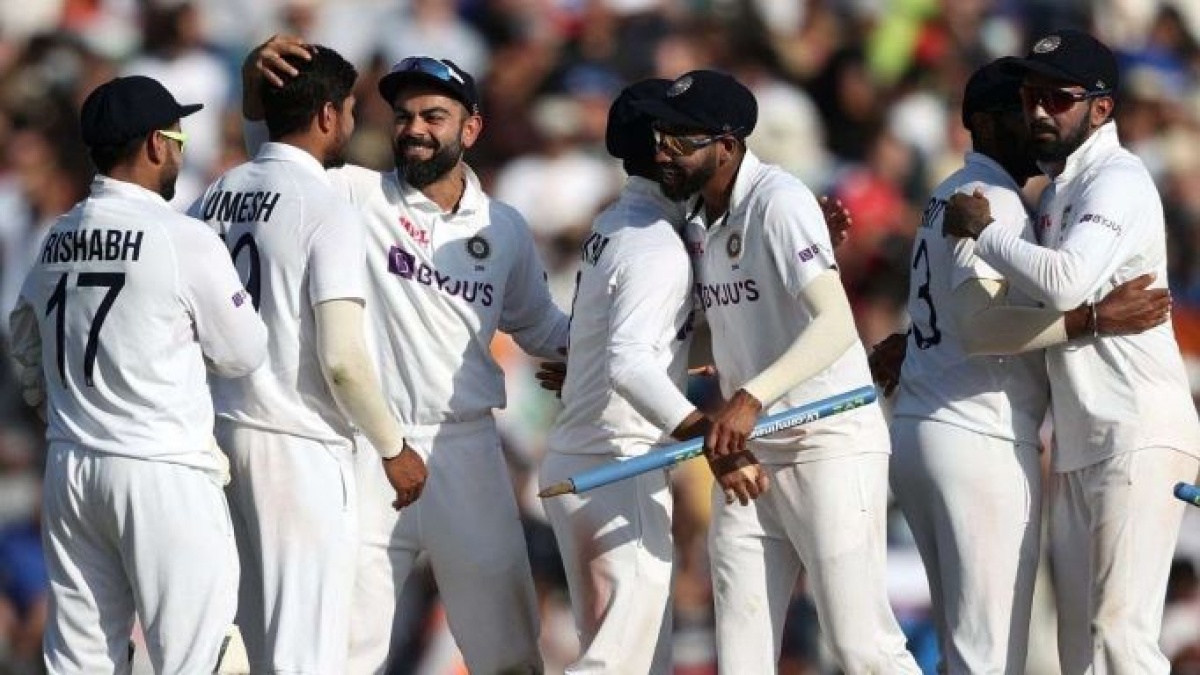 Virat Kohli-led India stormed to a 157-run win over England on the final day of the fourth Test to register only their second Test win at the Oval and take a 2-1 unbeatable lead in the five-match series on Monday.

Innings defeat in Leeds seems like a distant memory now, as Jasprit Bumrah inspired India to put on an energetic performance and reclaim the series lead with a convincing 157-run win over England on the final day of the Oval Test.

England was bowled out for 210 in pursuit of a target of 368 on the final day, succumbing to the constant pressure built up by the Indian bowlers. The visitors recorded only their 2-test win at the Oval and the first after the historic victory in 1971 under Ajit Wadekar.

Chasing a daunting victory target of 368, the hosts made a good start with a century opening partnership before India advanced and restricted England's scoring rate with some disciplined bowling. Shardul Thakur made India's first breakthrough by eliminating Rory Burns (50), a ball after hitting half a century and brought up 100-run partnership for the first wicket

The momentum of the match turned to India's way when Dawid Malan was run out for 5 with about 30 minutes before the morning session, trying to make a quick single with Haseeb Hamid. Hamid (63), who got a reprieve on 56 when Mohammed Siraj dropped catch, was the next batsman to go after Jadeja hit the rough patch as the ball spun past his bat to hit the off-stump.

Bumrah produced a sensational spell in the 2nd session

In his next over, he produced a reverse-swinging Yorker at 142 kph that crashing into the base of Bairstow's. Jadeja dismissed Moeen Ali (0) as the ball pitched on the rough patch and took the edge of the bat for an easy catch at short-leg.

Joe Root and Chris Woakes, the last English batting player, played some shots during a 35-run seventh-wicket stand to delay India's victory before the England captain dragged a innocuous delivery of Thakur to his stumps to go for 36 and end his team's faint hopes of an unlikely win.

What a fantastic come-from-behind victory this is at The Oval!

We head to Manchester with a 2-1 lead! #ENGvIND