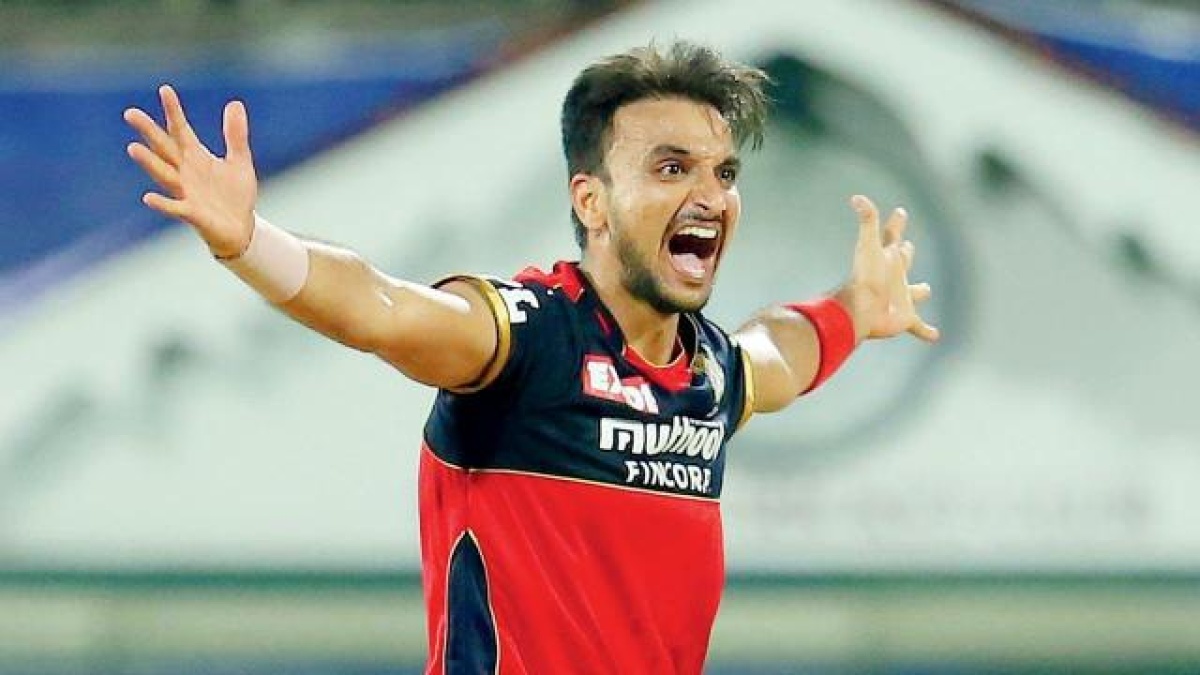 Royal Challengers Bangalore champion fast bowler Harshal Patel came close to breaking a long-standing Indian Premier League (IPL) but fell 1 wicket short as his team crashed out of the 2021 season after a 4-wicket defeat against Kolkata Knight Riders in the Eliminator on Monday.

Harshal picked up 2 for 19 from his 4 overs to finish his IPL 2021 campaign with 32 wickets and equal Dwayne Bravo's record for the most scalps in a single season. The Chennai Super Kings all-rounder had achieved the amazing feat in the 2013 season.

The right-arm pacer had the chance to better Bravo's record in his final over when Sunil Narine top-edged his slower delivery towards mid-on but Devdutt Padikkal dropped the catch.

Harshal is the only player to pick a hat-trick this season, against the Mumbai Indians in Dubai last month. He is also one of three to pick a five-wicket haul (5 for 27) this season alongside Punjab Kings' Arshdeep Singh (5 for 32) and KKR's Andre Russell (5 for 15) 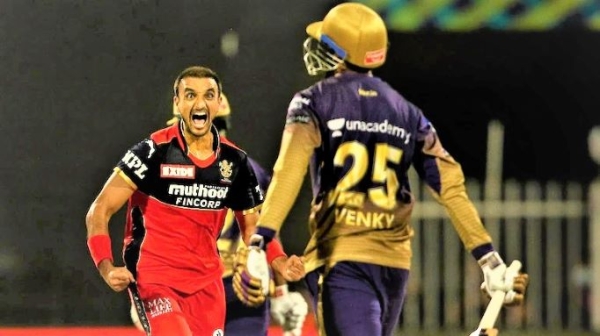 Harshal's performance meanwhile, went in vain as KKR chase down 139 against RCB with 4 wickets in hand and 2 balls to spare to set up Qualifier 2 against Delhi Capitals on October 13.

Most wickets in an IPL season:

The match turned out to be the final match for Virat Kohli as captain of the RCB. Kohli, who took over as RCB's full-time captain in 2013 from Daniel Vettori, had said midway during the season that he would give up captaincy after completing of IPL 2021.

It was a disappointing end to one of the most talked about captaincy tenures in the IPL as Kohli finished without a trophy despite leading the franchise for 8 seasons.

“I have given my best. I don’t know how the response has been, but I have given 120% to this franchise every time, which is something I will now do as a player. It is a great time to regroup and restructure for the next three years with people who will take this ahead,” the outgoing skipper said.

"I have tried my best to create a culture where youngsters could come in & play with freedom & belief.I have given 120% to RCB every time, which is something I will now do as a player.”

You have been an inspiration, role model and the torchbearer of RCB. #ThankYouCaptainKohli pic.twitter.com/tlC0uMH2iW

“I don’t see myself playing anywhere else. Loyalty matters more to me than worldly pleasures. I would be in the RCB till the last day I play in the IPL.”

We fought till the end and never gave up but it just wasn’t our night.

Thank you, 12th Man Army for all your support this season. We will be back next year with the same Challenger Spirit. #PlayBold #WeAreChallengers #RCBvKKR pic.twitter.com/55qcDByZnu