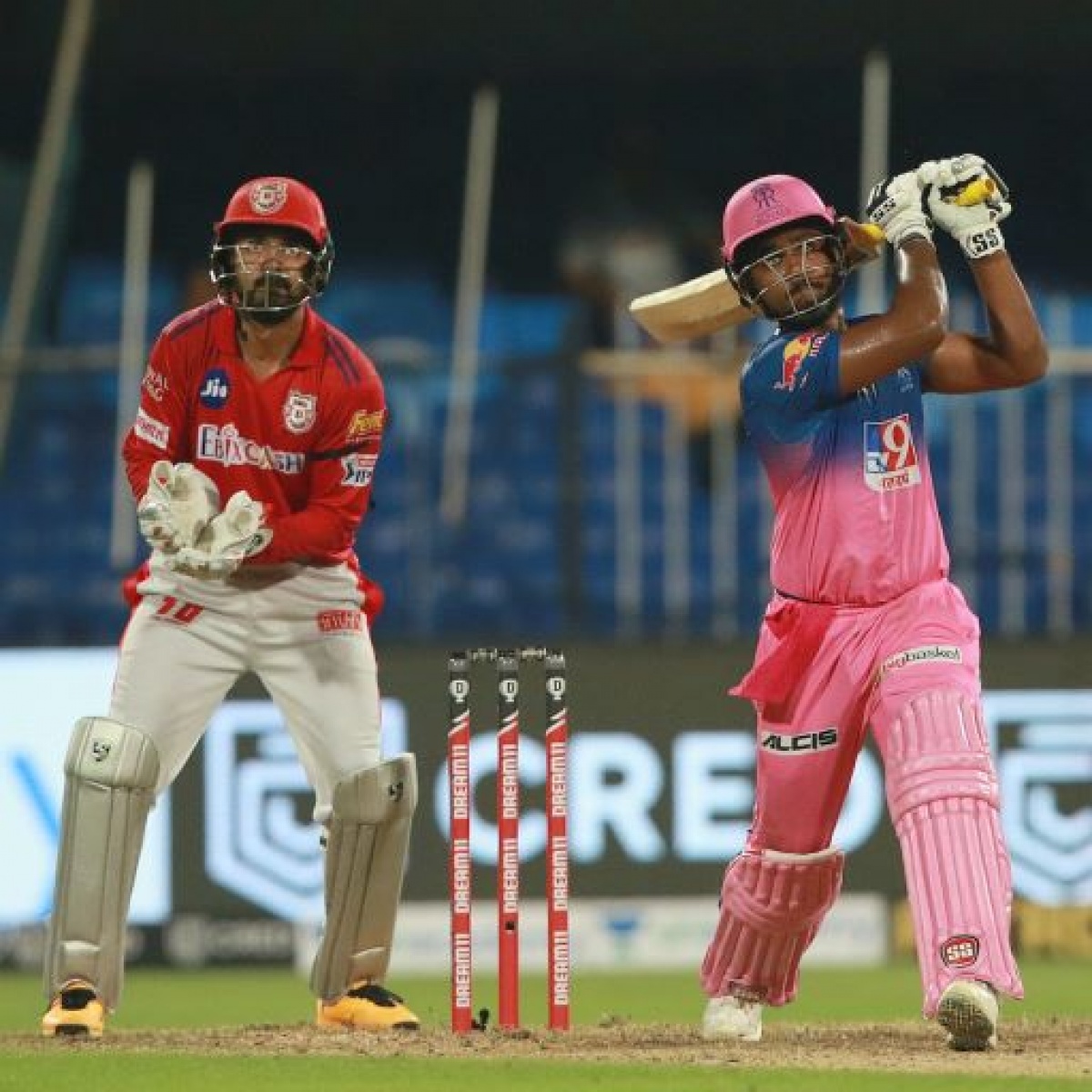 Punjab Kings will face the Rajasthan Royals in match 32 of IPL on Tuesday. Both teams will begin their journey in the second leg of IPL from this match. Punjab Kings have a history of not getting their team combination right, which is the reason why they have struggled so hard over the years to find a balanced eleven. With 3 wins and 5 losses, they are placed at the 6th spot in the standings with 6 points.

Rajasthan Royals, on the other hand, had a decent the first half of the IPL. Their biggest concern is that their English overseas players will not available for the remainder of the tournament. They have quality Indian players who can win matches for them. The Royals have placed themselves at the 5th spot in the standings with 6 points.

The temperature is expected to hover around 34°C on the matchday with 61 % humidity and 19 km/hr wind speed. There are no chances of precipitation during the game.

The surface will assist the quick bowlers in the early innings, and the boundaries are quite bigger than normal. The batters need to give themselves time on this wicket, and once they are set, they can shift the gears. The team batting first have more chances of winning this match.

Mayank Agarwal deserved a century in the last match against Delhi Capitals, but he remained not out on 99 runs from 58 deliveries. He had a great first half of IPL, where he has scored 260 runs in 7 matches at an average of 43.33.

Riyan Parag is an upcoming star for India. He can bat, bowl, and moreover, he is a brilliant fielder as well. So far in this year’s IPL, he has scored 78 runs and has picked up one wicket as well.

Chris Morris is a match-winner who can contribute equally well with both bat and ball. He has picked up 14 wickets in 7 matches and has even scored 48 runs in 4 innings.

Liam Livingstone is likely to open the innings for Rajasthan Royals in Jos Buttler’s absence. He is a tremendous striker of the cricket ball and has performed well for England in recent times.

Mohammad Shami is always effective on overseas pace-friendly wickets. So far in this year’s IPL, he has picked up 8 wickets in 8 matches at an economy of 8.16.

Jaydev Unadkat is a player who can bowl at any point of the match. Unadkat uses his variations very effectively. He has picked up 4 wickets in 4 matches in this IPL at an economy of 7.06.

Lokesh Rahul will play the anchor role for Punjab Kings. The 29-year-old stylish batsman is currently the second-highest run-scorer in this year’s IPL, with 331 runs in 7 matches, averaging 66.2. 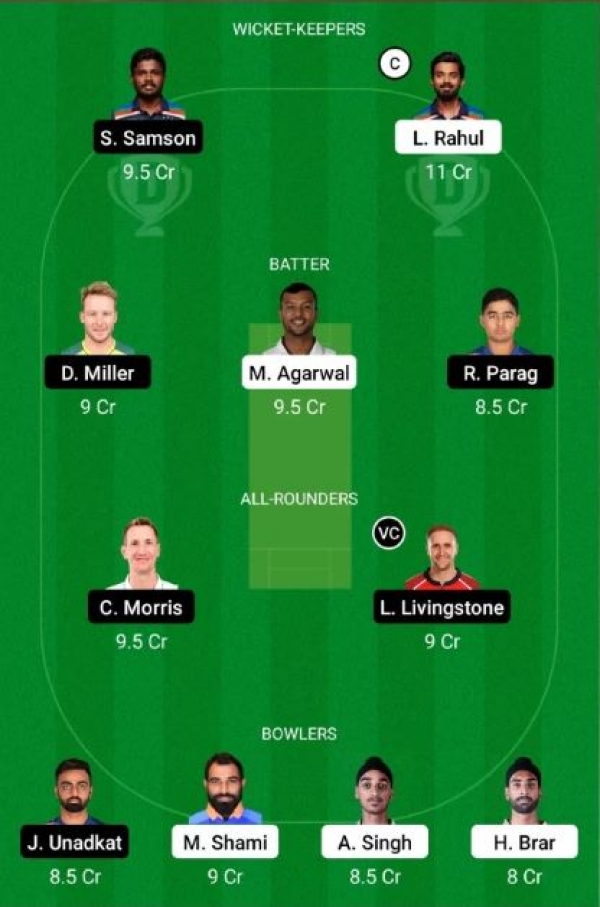 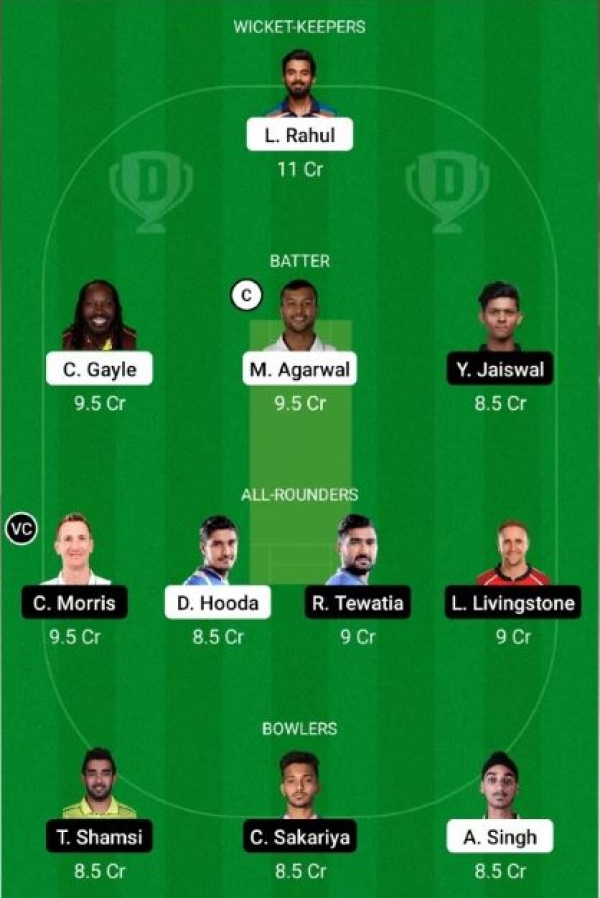 Universe Boss Chris Gayle task his time initially to get settled, but once he is settled, it’s curtains for the bowlers. In 8 matches in this IPL, he has scored 178 runs at an average of 25.42. He will be a risky captaincy pick for your fantasy teams.

Rahul Tewatia can play unorthodox shots, which are really effective at the end of the innings, while he is a cunning bowler as well. You can take a risk and pick him as your fantasy team skipper.

Moises Henriques has played 3 matches so far in this year’s IPL and has managed to score only 16 runs in 2 innings. It’s better to avoid him while making your fantasy teams.