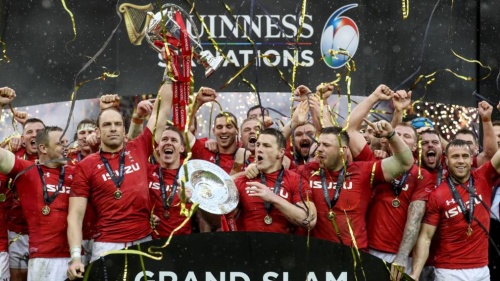 The Six Nations Championship is an international rugby union competition held every year between the six European nations including England, France, Ireland, Italy, Scotland, and Wales. All of the six countries are also the six highest-ranked teams in the European continent. Even though participating in the championship is totally based on the historical membership and not by the ranking. Currently, Wales are the Champions as they won the tournament last year.

The Six Nations tournament always starts on the first weekend of February and ends with the Super Saturday on the second or the third Saturday in the month of March. The Championship has a simple format, i.e., each of the six teams will be playing every other team only once. Hence a total of 15 matches will take place. And the Home ground advantage that will alternate from one year to the next one.

When it comes to buying the tickets to the Six Nations, it is going to be a difficult task. This is because the demand is so much more than the supply. Especially the big matches like the ones between England and Ireland or England and Wales. The tickets for these matches get sold out several months before.

Before the 2017 tournament, the team used to get two points for a win, one point for a draw and no points in case of a loss. The bonus point system was not used earlier unlike the other rugby union competitions.

The winners of the Six Nations Championship are awarded the Championship Trophy. After the previous trophy, The new trophy was made that had been designed by Thomas Lyte silversmiths. The Trophy had replaced the 1993 edition trophy. This trophy has been retired because it used to represent only the five nations that participated in the Five Nations Championship.

The last team to win the previous trophy was Ireland. Coincidentally, Ireland is also the first team that has won the new trophy. Interestingly, if a team wins all the games, then it is presented with the 'Grand Slam'. There is also the Triple Crown. It can only be won if a team wins all three matches against the other teams. This can only be won by the Home nations including England, Scotland, Ireland and Wales.

Many individual competitions are also played under the tournament. Some of the trophies are also given for the friendly matches between the two teams outside of the Six Nations Championship.

Wales are the champions of 2019. They have won all the five games in 2019. This also means that Wales has victoriously claimed the Grand Slam (for winning over every team) as well as the Triple Crown (for winning over the other 'Home Nations', including England, Scotland, and Ireland).

The fixture schedule for the 2020 Six Nations Championship will start on Saturday, 1st February when Wales will host Italy at the Principality Stadium in Cardiff. This will be followed by Ireland versus Scotland at the Aviva Stadium in Dublin. After this, on Sunday, 2nd February, France will have a match with England at the Stade de France in Paris.

The 2020 Six Nations Championship will be ending on 14th March. All three games will be played on Saturday - popular as the 'Super Saturday' - with France versus Ireland as the final game at 8 pm in Paris.

THE FIXTURES OF THE 2020 SIX NATIONS CHAMPIONSHIP:

There will be a total of five rounds.