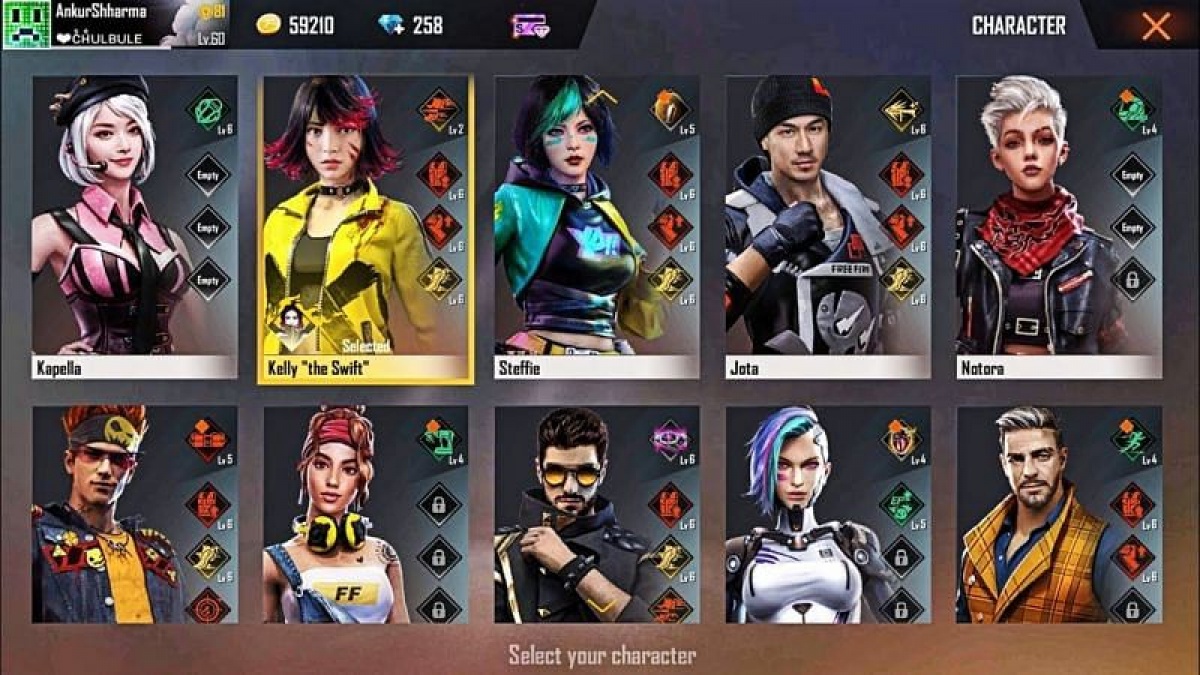 Free Fire has a rating system where players must play ranked games to climb the ranks. They can use any character in the game to play ranked mode. However, choosing the best helps players to perform more effectively.

This article lists some of the best Free Fire characters for Ranked Mode in June 2021.

DJ Alok's Drop the Beat, an active ability, creates a 5-meter aura that improves allies' movement speed by 10 percent and restores 5 HP/sec for up to 5 seconds at the base level.

Alok's active ability improves as he progresses through levels.

Skyler's active ability, Riptide Rhythm, produces a sound wave that destroys five glow-walls within 50 meters of its base level. When gloo wall is deployed, HP recovery increases by 4 points initially. This ability has a cooldown of 60 seconds. 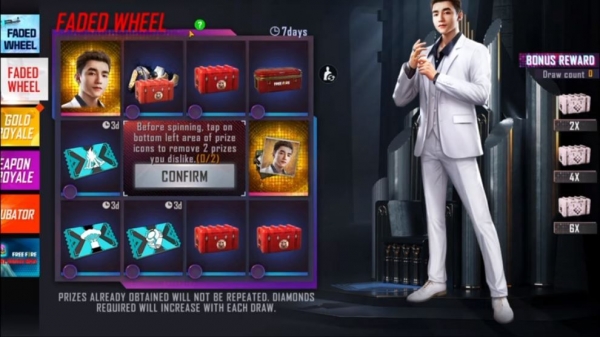 Skyler's skill improves as she progresses through the levels. Riptide Rhythm is useful for aggressive players in both ranking modes.

K, a Jiu-Jitsu practitioner, possesses the active skill called Master of All, which grants 50 EP to players. Allies within a 6-meter radius benefit from a 500% increase in EP conversion rate in jiu-jitsu mode.

The character can recover 2 EP every 3 seconds, up to 100 EP when in Psychic mode. After the mode transitions, there is a 3-second cool-down period.

K's skill increases as he progresses through the levels. It is useful for both aggressive and passive players, especially in ranked team mode battles.

Wukong's active ability is camouflage, which turns the player into a bush for 10 seconds at its default level. There is a 300-second cooldown period.

The transition stops when players engage in combat. When the opponent is defeated, the cooldown is also reset.

Wukong's skill improves as he advances in levels, making him an excellent choice for close-range combat.

A124, a modern robot, has an active ability called Thrill of Battle. At its base level (level 1), this ability converts 20 health points into 4 seconds. The cooldown lasts 10 seconds. 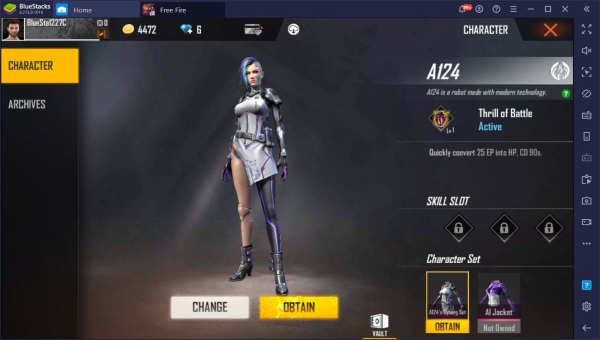 With each level increase, the A124's capability improves.

Disclaimer: The choice of character is a personal choice, and the choice depends entirely on the player's playing style.