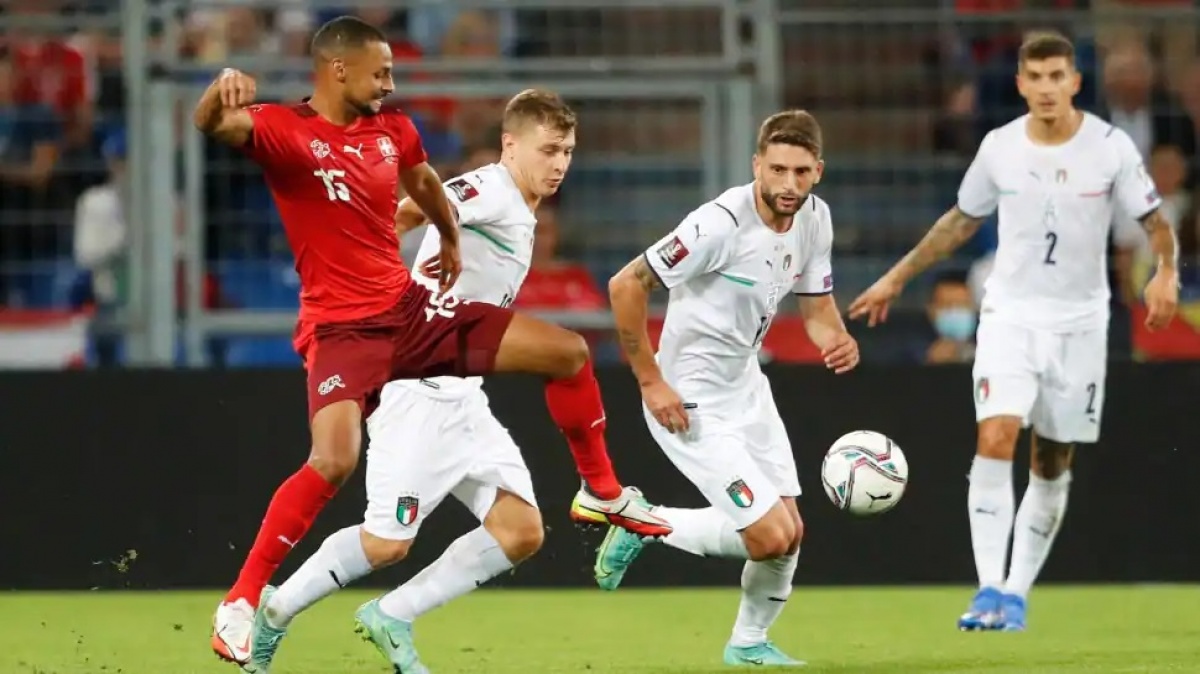 Jorginho missed a penalty when Italy draw 0-0 with Switzerland in a World Cup qualifier on Sunday September 5, a result that meant Roberto Mancini's side equaled the world record for consecutive undefeated international matches in a row. Italy is now undefeated in 36 consecutive games, equaling Brazil's record set between 1993 and 1996.

The result could have been more positive if Jorginho had converted from the penalty spot in the 52nd minute after a foul by Domenico Berardi, but the Chelsea midfielder was thwarted by goalkeeper Yan Sommer. Italy had other opportunities to snatch the victory from them, but had to settle for a draw, which means they remain top of qualification Group C on 11 points from five games, four ahead of the second-placed Swiss, who have two matches in hand on the Azzurri.

Mancini's team entered the game after a disappointing 1-1 draw with Bulgaria on Thursday, in their first match becoming European champions two months ago. But the visiting team did much better in the first half in Basel and should have taken the lead through good chances for Berardi and Lorenzo Insigne, both of whom were denied by Sommer.

The best chance of the night came seven minutes of the second half after Ricardo Rodriguez trying to atone for being caught in possession, lunged in on Berardi to award a penalty. Jorginho, who missed his spot kick in in Italy's penalty shootout victory over England in the Euro 2020 final, stepped up but put his effort far to close to Sommer, who made an easy save.

Sommer proved impossible to breach as he denied Insigne again to leave Italy heading home having been frustrated for the second successive qualifier.