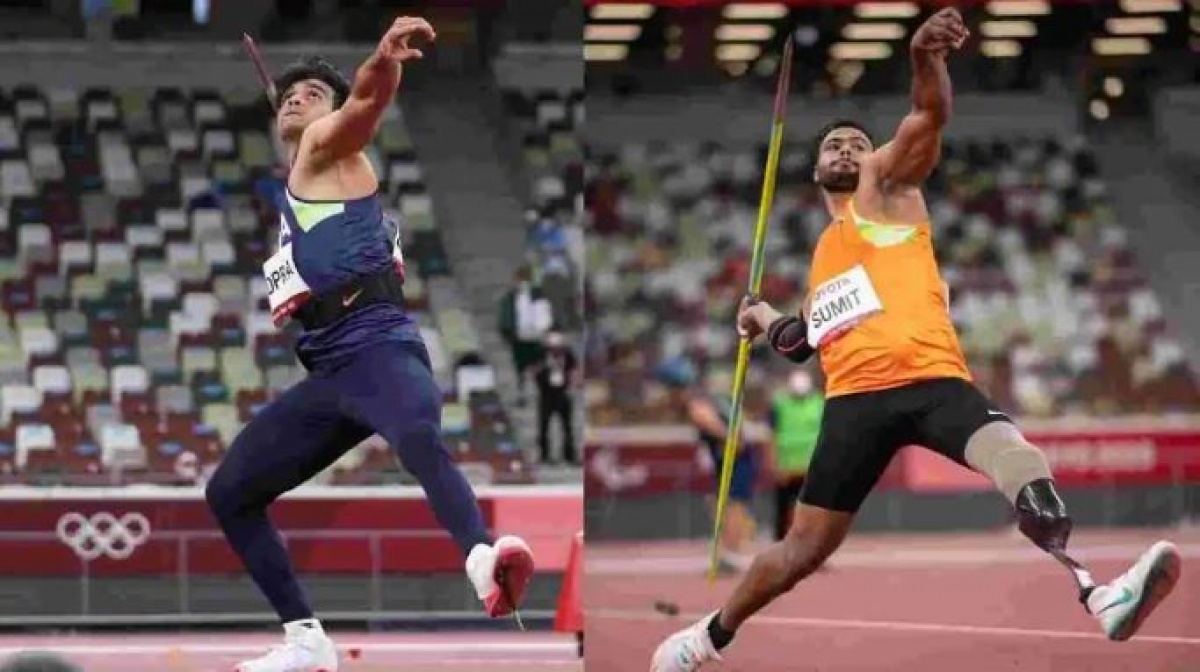 Sumit Antil, who has participated in able-bodied events including the Indian Grand Prix, said his goal is to qualify for both the Paralympic Games and the Olympics in 2024 and he will begin his training once he returns to India.

The 23-year-old from Sonipat shown his impressive performance on Monday when he broke his own world record not once but five times to take gold in the men's F64 javelin with a throw of 68.55 meters.

Antel, who has participated in able-bodied events including the Indian Grand Prix, said his goal is to qualify for both the Paralympic Games and the Olympics in 2024 and will begin his training once he returns to the country.

During my training, I have been touching the 70m-mark. And I dream of throwing between 75 to 80m and that should be enough to compete amongst the able-bodied athletes.

“I wish to take part in both the Olympics and Paralympics. That’s my dream,” Antil, who lost his left leg below the knee after he was involved in a motorbike accident in 2015, said in a release issued by Paralympic Committee of India (PCI).

“Once I return from Tokyo, I will be training for that for sure,” he added.

If Sumit is allowed to compete in the 2024 Paris Olympics, he will compete against countryman Neeraj Chopra, who recently won gold medal in men's javelin throw at the Tokyo Olympics.

Interestingly, as the son of a JWO officer in the Indian Army, Antel competed against Olympic champion Neeraj Chopra in the able-bodied 3rd series of the Indian Grand Prix on March 5 at Patiala, where he finished seventh with a best throw of 66.43 meters.

"At the 2019 World Para-Athletics Championships, I settled for silver. I always wanted to win the gold medal," said Antel, who was inspired by Neeraj Chopra medal show.

"My coach told me to be aggressive at the Paralympic Games. I'm glad I was able to finally come out with a good performance and inspire the upcoming generation."

It was very hot and humid that day in Tokyo, but Antil never looked bothered.

"During the pandemic, I got special permission from the Sports Authority of India to train at home. I was prepared for all conditions - hot and humid. I trained late at night and this paid off well," said Antel, who hails from Sonepat.

The Haryana athlete now hopes that Paralympic gold will give him a job once he returns to India.

"Currently, I am unemployed and I am doing full-time training but I hope to get a job after this. Let's see what happens when I return to India," he signed off.