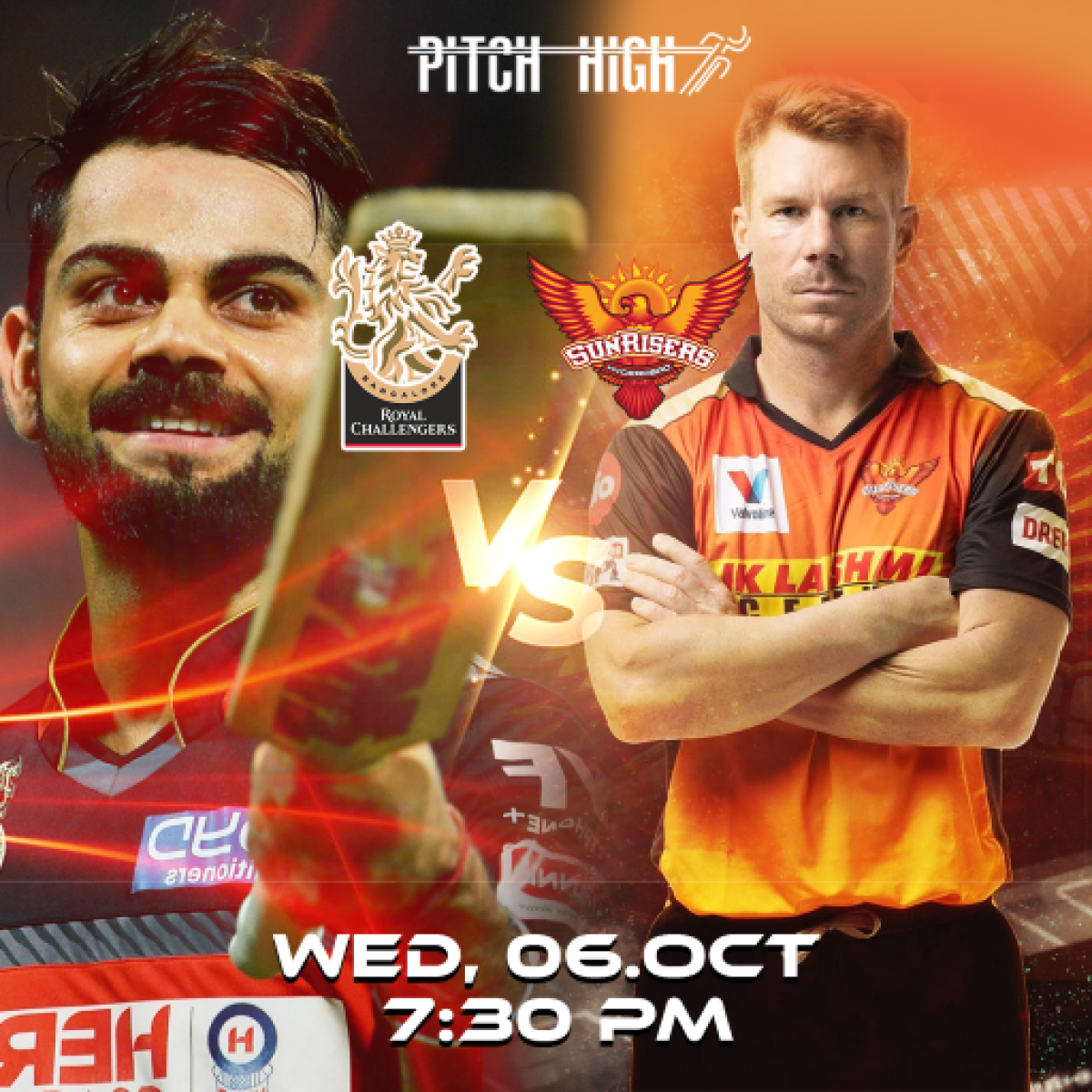 Royal Challengers Bangalore became the third team to qualify for the playoffs after Chennai Super Kings and Delhi Capitals in this edition. They have an excellent chance to finish in the top two spots if they win their last two matches, but might still need to rely on the Chennai Super Kings result. Currently, they are in third spot in the standings with 16 points. Three wins in a row have greatly increased their confidence and they would want to carry the same momentum in the remaining matches.

Things are getting worse for Sunrisers Hyderabad at this stage. They became the first team to be eliminated from the playoff race, and it is now confirmed that they will finish last. Hyderabad will be aiming to spoil the party of RCB. Batting has been their major area of concern and their batters need to step up in the last 2 matches.

379 runs were scored here in the last match between Chennai Super Kings and Rajasthan Royals. It was absolutely a belter of a track for the batters where they scored runs freely. We can expect a similar kind of surface for this match as well. 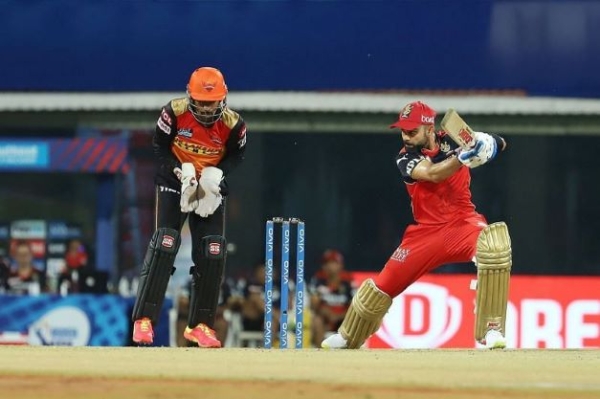 Devdutt Padikkal is a reliable batter for RCB at the top of the order. He is 51 runs shy of scoring 400 runs for the second consecutive season in IPL.

Jason Roy likes to be positive from the start. In 3 matches, the Englishman has scored 72 runs, with the highest score of 60.

Glenn Maxwell has made his intentions clear that he is here to terrorize opposition bowlers. He has been quite successful in doing that for RCB in this edition of the IPL. Maxwell was adjudged as the player of the match for his 57 runs from 33 deliveries against Punjab Kings on Sunday.

Jason Holder is the premier all-rounder for Sunrisers Hyderabad. He is consistently picking wickets for his side. Overall in this competition, Holder has scalped 11 wickets in 6 matches and has even scored 68 runs with the bat.

Yuzvendra Chahal is answering the national selectors who ignored him by picking up wickets for fun in the second leg of the IPL. He has picked up 10 wickets in the last 5 matches, with the best figures of 3/11 against Mumbai Indians.

Rashid Khan keeps things simple with the ball, which is his biggest strength. He rarely bowls a bad delivery, which is what makes the Afghan spinner so special. He has picked up 15 wickets in this edition and has even scored 67 runs with the bat.

RCB experimented in their batting order in the last match against Punjab Kings. Kona Srikar Bharat was pushed down the order and he didn’t face a ball. In the second leg of the IPL, Bharat has scored 92 runs at an average of 30.66. 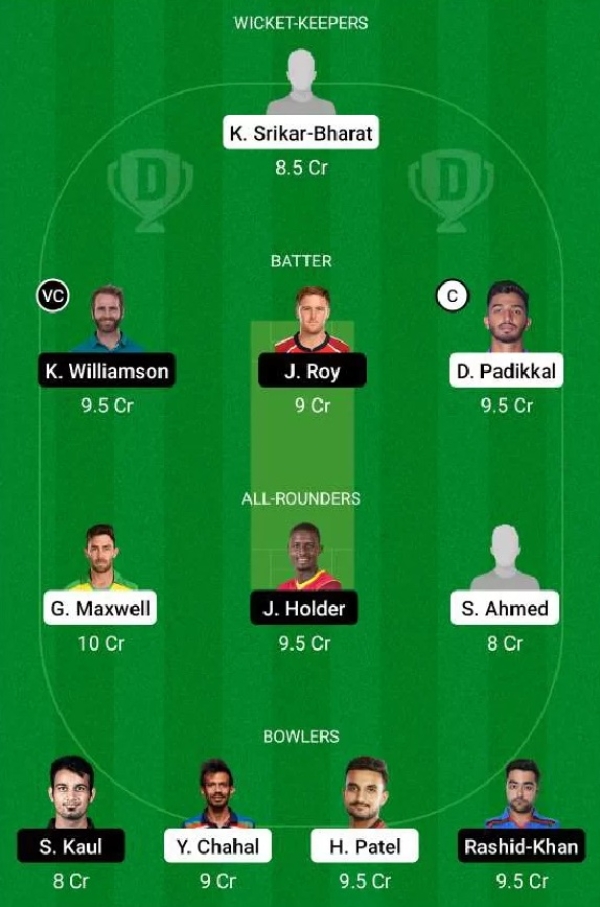 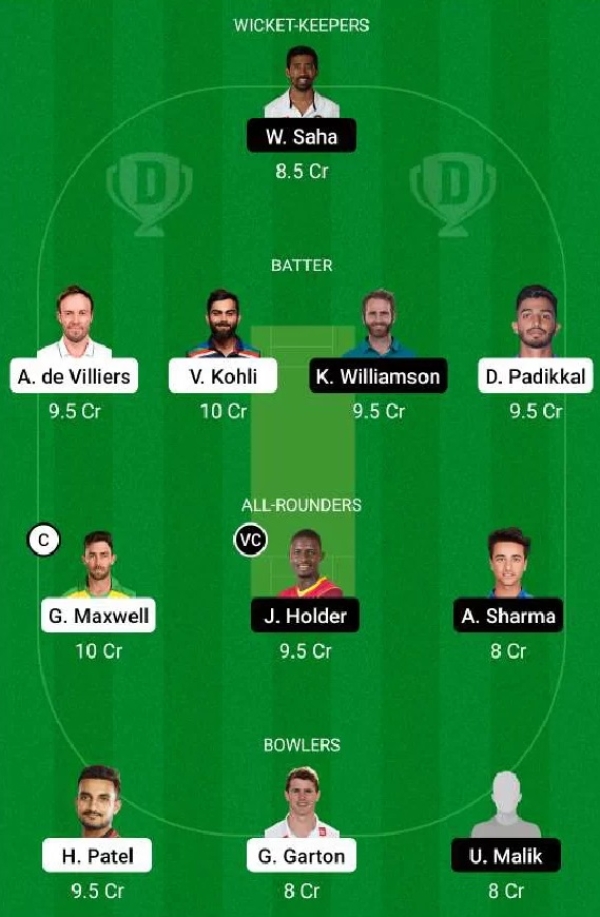 RCB vs SRH Must Picks for Dream11 Fantasy Cricket:

Virat Kohli got starts in the last two matches, but didn’t convert them into big ones. He is the second-highest run-scorer for RCB in this edition with 357 runs in 12 matches. It’s worth a risk to pick him as your fantasy team skipper.

Wriddhiman Saha has scored 111 runs in the last 5 matches in the second leg of the IPL. Considering his decent run of form, you can take a risk and pick him as your fantasy team skipper.

Bhuvneshwar Kumar might be economical, but he hasn’t picked up wickets in the last 2 matches. Considering his recent performances, it’s better to avoid him while making your fantasy teams.