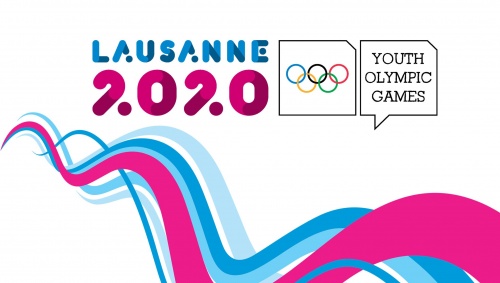 Get Ready for the 2020 Winter Youth Olympic Games| Lausanne 2020

Lausanne is the home to the International Olympic Committee who will be organizing the 2020 Winter Youth Olympics with a total participation of 1,880 young elite athletes from all over the world.

The opening ceremony of the 2020 Winter Youth Olympic Games will be taking place on 9th January 2020, Thursday at the Vaudoise Aréna stadium in Lausanne, Switzerland.

The official mascot of the 2020 Winter Olympics is the Yodle. It was unveiled on 8th January 2019 at the CIG de Malley right before the Lausanne HC and HC Davos match. It has been created by ERACOM and has been inspired by a combination of cow, Saint Bernard dog, and a goat.

Regarding the matter of tickets, tickets have to be bought for the Opening Ceremony of the 2020 Winter Youth Olympics. Apart from this, all the other events would be free to watch.

Over 70 nations will be participating in around 81 events at the Stadium Vaudoise Aréna. Following will be the events and the location in which they will take place:

As of now, Total 73 nations have qualified athletes. About 12 NOC's have been scheduled to make debuts in the Winter Youth Olympics. These include Albania, Azerbaijan, Ecuador, Haiti, Hong Kong, Kosovo, North Korea, Qatar, Singapore, Thailand, Trinidad and Tobago, and Turkmenistan. This list includes three countries that have never competed at the Adult Winter Olympics and these are Haiti, Qatar and Turkmenistan.

The Ski mountaineering is the newest sport that has got the approval for the Lausanne 2020 Winter Youth Olympics. This sport basically includes scaling the mountains on skis and skiing back down. An equal number of male and female athletes will be featured just like in the case of Buenos Aires.

Out of the total 81 events,  13 events will be mixed team events (NOCs), 34 men's events, and 34 women's events. The Ski mountaineering and the women's Nordic combined will be featured for the first time in an Olympic event. A mixed-NOC 3-on-3 ice hockey tournament and a women's doubles in luge will also feature for the first time.

A total of 1,880 athletes aged between 15 and 18 years will be participating. More than 3,000 volunteers will be there to help in the Games. This time, 2020 Lausanne's venues will be spread across more than one city unlike Buenos Aires 2018.

ABOUT THE YOUTH OLYMPIC GAMES

The Youth Olympic Games (YOG) is a sporting event for young athletes participating from across the world. But, the popular elite event also includes some educational activities focusing at:

There are various activities apart from the sports including interactive activities, workshops, team-building exercises, etc. These activities will help the athletes in exploring the various other cultures, developing various skills, and helping them improve the methods of training as well as performance.

The Olympic Channel is going to stream about 300 hours of action that will take place in the 13 days in Lausanne, Switzerland. A Winter YOG channel is made available on the olympicchannel.com, YouTube and various other devices including the Amazon Fire, Apple TV, Android TV, and the Roku.

The daily live show will be shown featuring the news, highlights of the events, trending news and stories, the fun interviews and much more on various sources such as Facebook, Twitter, olympicchannel.com. Interestingly, a daily podcast on the Olympic Channel will feature the athlete and famous people interviews.