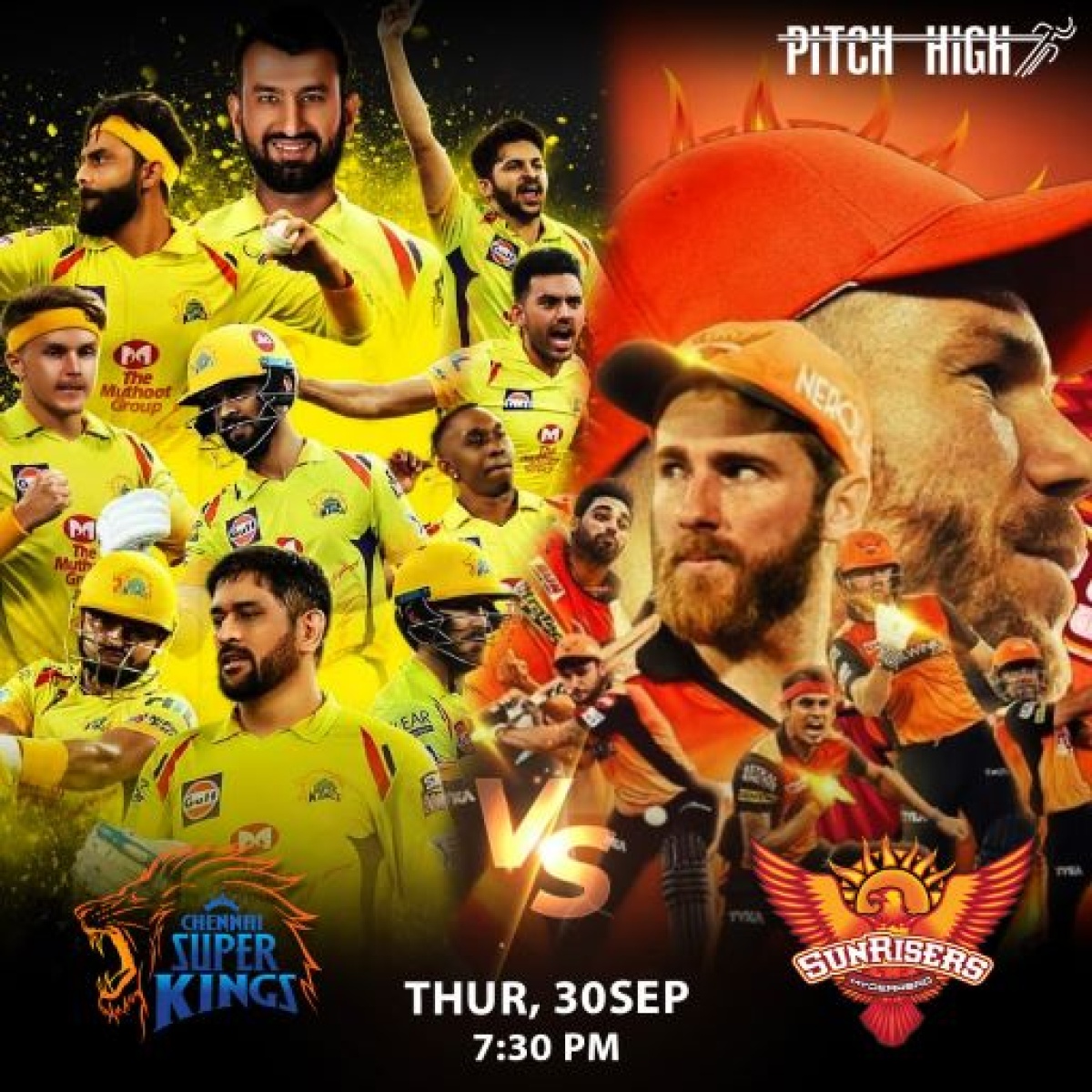 Bottom-placed Sunrisers Hyderabad will take on table-toppers Chennai Super Kings in the 44th match of the IPL 2021. With some good shots from Jason Roy and a responsible from Captain Kane Williamson, Sunrisers Hyderabad finally broke their losing streak with a convincing 7 wickets over Rajasthan Royals. Since they are already out of the tournament, they will be looking to spoil the party for the other teams.

Chennai Super Kings is one of the most complete teams, with real winners in all positions. ‘Sir’ Ravindra Jadeja brutal hitting in the penultimate over of the match against Knight Riders handed the Super Kings their eighth victory in this edition. The mastermind behind the stumps, MS Dhoni has led the team well and is likely to extend its winning streak.

We are witnessing a completely contrasting surface here at Sharjah Cricket Stadium to what is was before. The odd-ball is keeping low and the batters are struggling to score runs this year due to the slowness in the wicket. 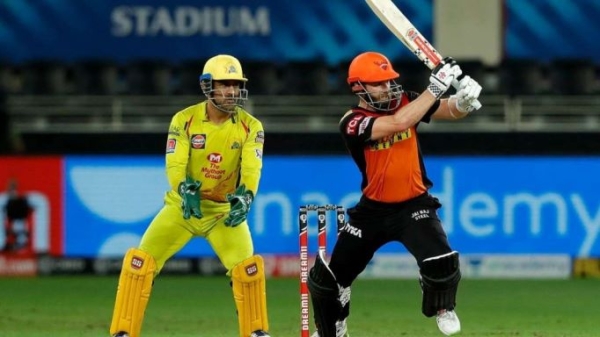 In his debut game for Sunrisers Hyderabad, Jason Roy announced his arrival with a sensational half-century. The Englishman went after the Royals bowlers from the start and scored a 42-ball 60.

Ruturaj Gaikwad is having a memorable IPL 2021. He has been pretty consistent in the second leg and has scored 166 runs in 3 matches at an average of 83.

Jason Holder hasn’t given away runs easily. He might be short of pace, but uses his height quite well, which makes him hard to hit. Moreover, Holder can be very effective with the bat as well. So far in this IPL, he has picked up 6 wickets in 4 matches at an economy of 6.88 and has also scored 61 runs with the bat.

Ravindra Jadeja is getting ready for the upcoming T20 World Cup by scoring runs freely in this IPL. He completely turned the game in a single over against Kolkata Knight Riders and won the game for Chennai. He scored 22 runs from 8 balls and even picked up a wicket as well.

One can’t keep Rashid Khan away from the game. He is the go-to-go bowler for skipper Kane Williamson, and he doesn’t disappoint when he gets the ball. Rashid is the leading wicket-taker for Sunrisers in this IPL with 13 scalps in 10 matches.

Having been given a chance in the playing XI in the last match, Siddarth Kaul did not let the Sunrisers management down, as he picked up 2 wickets.

Wriddhiman Saha should be the first-choice wicket-keeping option for your fantasy teams. In 5 matches in this IPL, he has accumulated 75 runs at an average of 15, with the highest score of 31. 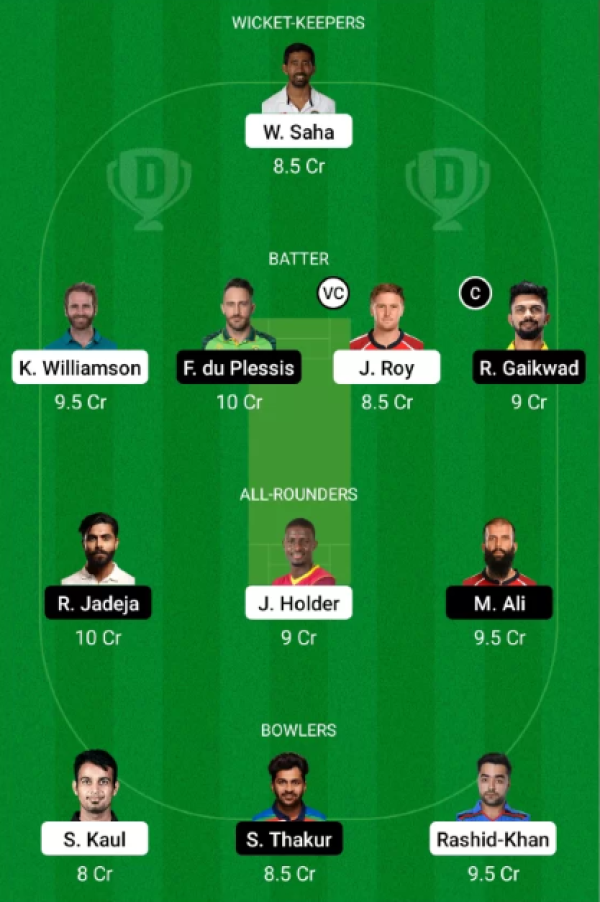 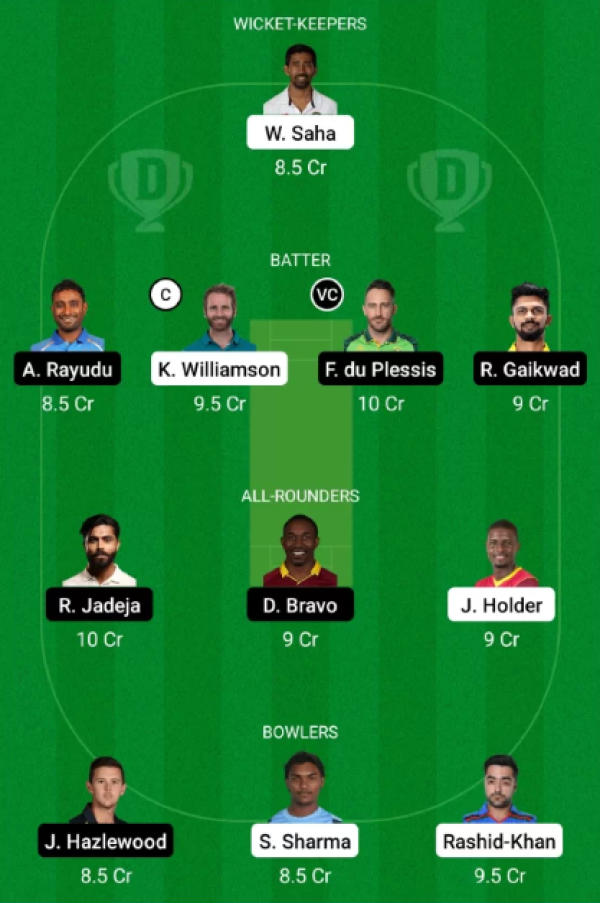 SRH vs CSK Must Picks for Dream11 Fantasy Cricket:

Shardul Thakur was the pick of the bowlers from Chennai Super Kings in the last game against Knight Riders, where he removed well-set Venkatesh Iyer and Andre Russell. Overall, in this tournament, he has scalped 10 wickets at an economy of 9.11.

Faf du Plessis is the leading run-scorer for Chennai Super Kings in this IPL. He has scored 394 runs in 10 matches at an average of 49.25. It’s worth a risk to pick him as your fantasy team skipper.

MS Dhoni averages 10.4 with the bat in this IPL. Considering his current form, it’s better to avoid him while making your fantasy teams.