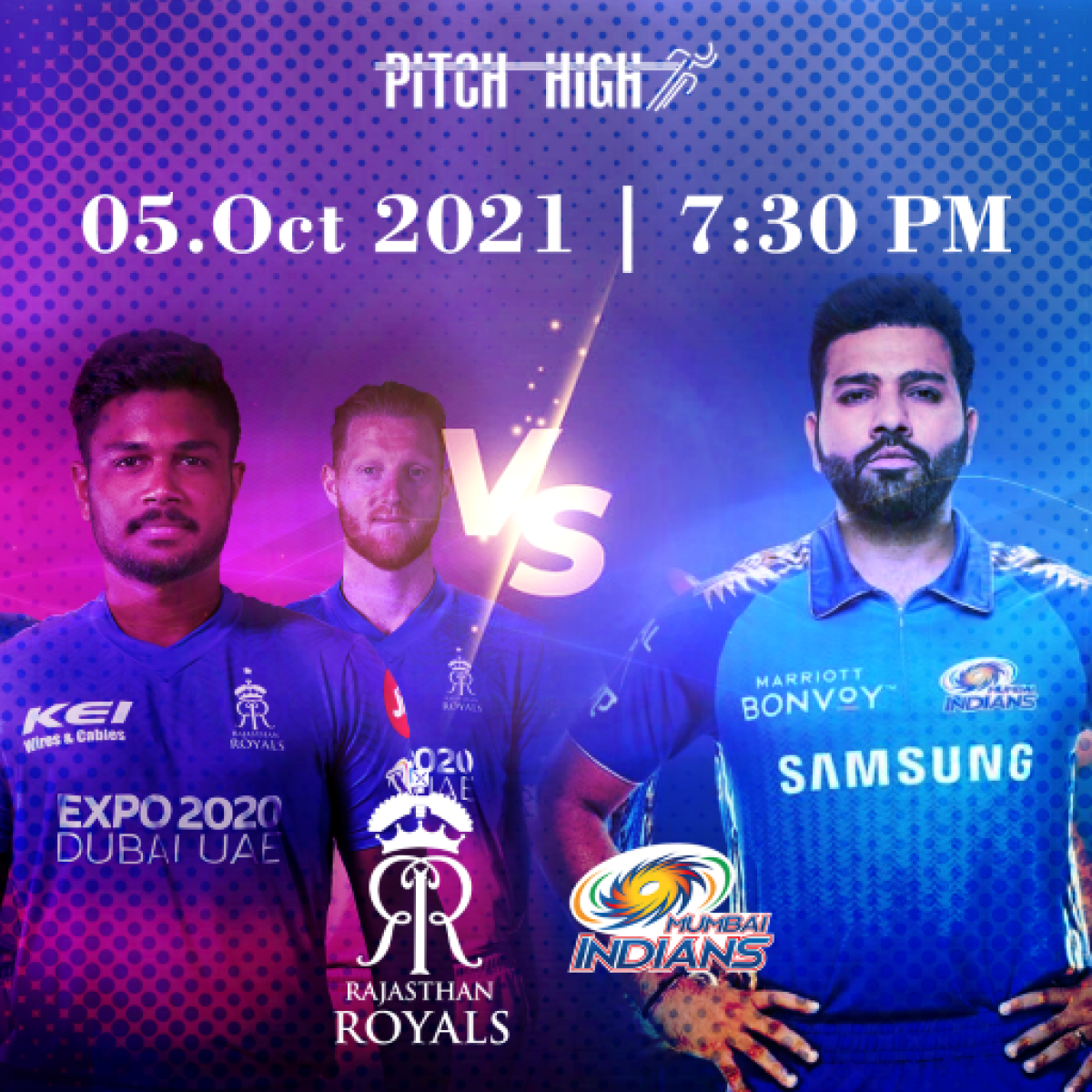 Rajasthan Royals will go one-on-one against Mumbai Indians in the 51st match of the IPL 2021. It’s a must-win match for both teams and as they are aiming for the one remaining one playoff spot. Rajasthan Royals kept their qualifying hopes alive by defeating current table leaders Chennai Super Kings in their previous match by seven wickets with 15 balls remaining in the match. They made plenty of changes to their playing XI and they got the desired result. The tournament is still wide open and Rajasthan need to win their remaining 2 matches to make it to the playoffs.

Mumbai Indians, on the other hand, did not perform well as a unit in the second phase of the IPL. Batters failed miserably and as a result managed to win only 1 of the last 5 matches. They are currently placed at the 7th spot in the standings with 10 points. They have been in this situation many times and know how to win matches under pressure.

It’s all depends on what kind of sur face will be provided on the match day. The wicket looks comparatively better to bat on as we witnessed in the previous match between RCB and PBKS. 164 is the highest recorded score in the last 6 matches played here. Anything over 150 is a defendable score on this wicket

Yashasvi Jaiswal finally scored the maiden half-century of his IPL career in the last match against Chennai Super Kings. He achieved that feat in just 19 deliveries, with a six-over-long off bringing up his fifty. In 8 matches in this tournament, he has scored 237 runs at an average of 29.62.

Suryakumar Yadav showed signs of returning to his usual form in the last game against the Delhi Capitals. He batted freely and scored a handy 33 runs from 26 deliveries. Mumbai Indians will be expecting big runs from him in this match.

Shivam Dube, who spent the early days on the bench in the second leg of the IPL, finally got his chance against Chennai Super Kings and proved his selection in an excellent manner. He took on the bowlers and smashed unbeaten 64 runs from 42 deliveries.

Krunal Pandya has been a tad off-colour in this IPL. 134 runs with the bat and 5 wickets with the ball doesn’t justify his potential. However, he has got the backing from team management and we can expect him to do well in this match.

Chetan Sakariya is doing an exceptional job with the ball for the Royals. He hasn’t given away too many runs in this IPL so far. In 12 matches in this competition, he has picked up 12 wickets at an economy of 8.15.

Jasprit Bumrah is the key bowler for Mumbai Indians over the years. He has scalped the most wickets for his side, with 17 scalps in 12 matches at an economy of 7.59.

Sanju Samson is in the race for Orange Cap. The Rajasthan skipper has had an outstanding IPL 2021, where he has mustered 480 runs in 12 matches at an average of 48, which includes one century and 2 half-centuries. 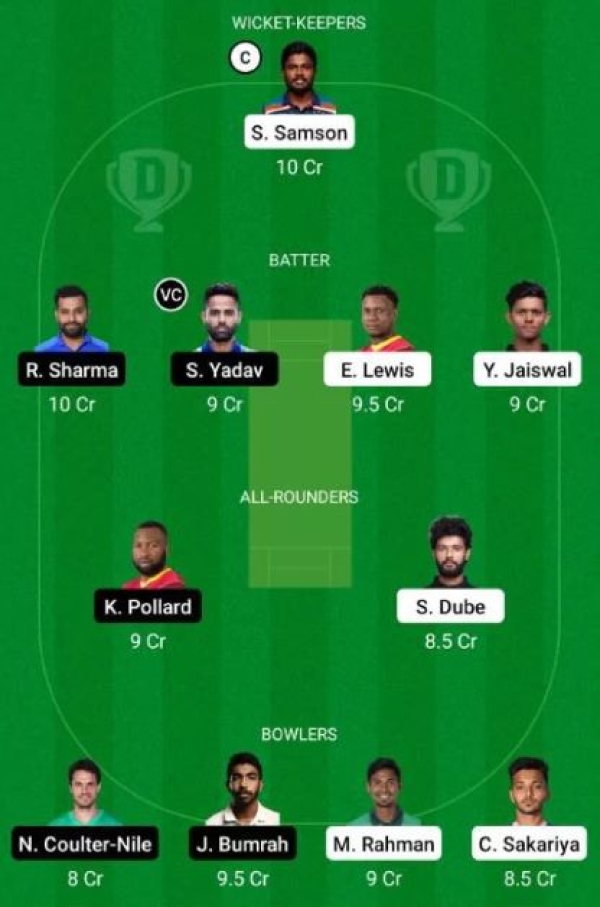 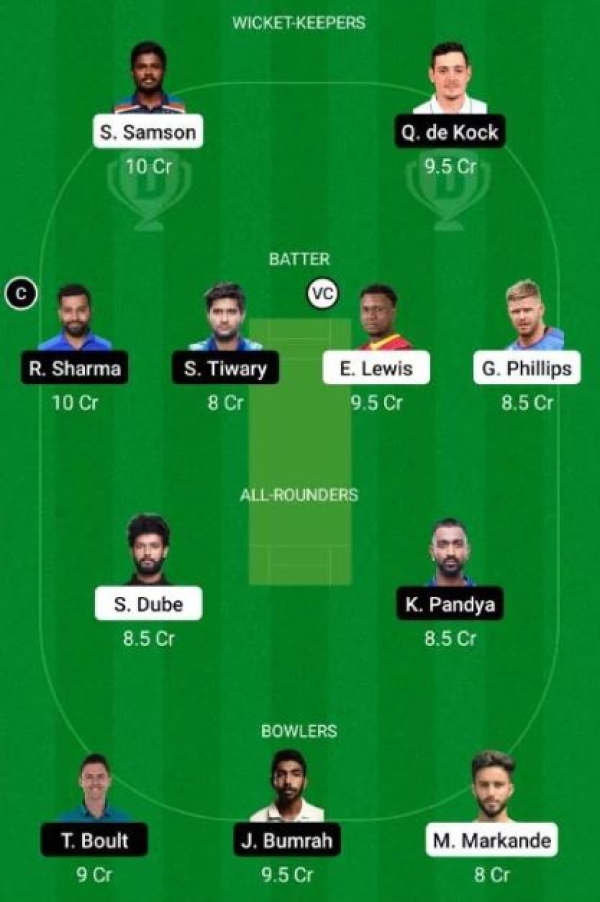 RR vs MI Must Picks for Dream11 Fantasy Cricket:

Kieron Pollard has managed to score 232 runs in 12 matches in this IPL and has picked up 5 wickets as well. Considering his current form, he will be a risky captaincy pick for your fantasy teams.

Saurabh Tiwary is highly underrated, as he is doing his job quietly and consistently with the bat for Mumbai Indians. You can take a risk and pick him as your fantasy team skipper.

There is no doubt that Akash Singh is a talented bowler, but considering there are better options in the bowlers’ slot, it’s better to avoid him while making your fantasy teams.